GAM comes together for a great cause

Legendary Savannah band returns to the stage, in support of a good friend, at this year’s Statts Fest

GAM is a band that is forever tied to Savannah music history, and for good reason. Their initial seven-year reign as the kings of genre bending was not nearly enough for fans, which is partly why they continue to play a handful of shows sporadically even as life moves in other directions for its members.

The band is set to play the 10th annual Statts Fest on Sept. 29, honoring their friend and local legend Jason Statts, who was shot in the neck on June 28, 2008, and left with irreparable spinal damage.

Ahead of their performance, GAM’s Kevin Rose spoke with us about their history, being a DIY band, and why it’s so important to support Statts Fest. 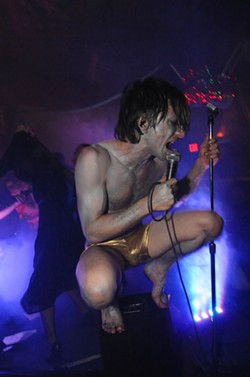 Well, Keith [Kozel] and I started brainstorming in ’91, and I think we played our first show in ’93. So yeah, it’s been a while.

I was reading something from 2010 that addressed rumors that an upcoming show at the time was going to be your last – and now here we are in 2018. What has kept the band going, albeit in a smaller capacity, even in just those eight years?

Shoot, I don’t know! We’re all friends. There are bands that break up and bands that just stop playing for a while. We’ve never really thought about it. When we basically were touring all the time that was one aspect of it, and now we’re just having fun. And [Statts Fest] is a great cause to kind of get back together. Our drummer, Scott Lankford, lives in Louisville now, and he’s actually coming back. We’d been playing with a drummer named Josh [Safer] here in town for years. Josh was cool and said, “Yeah, let Scott come back. Part of this is Scott’s idea, too. He kind of missed playing with us. So the Statts Fest thing ended up being a great reason for us to get back together again.

There’s such a wide variety of influences in your music, but you’re kind of known for one thing and get aligned with Butthole Surfers and bands like that. So what were some of the influences that brought you guys together?

From my standpoint, it’s all music. More than anything, it’s been about realizing that the bands who put on a show and are entertaining and allow you to not be in your own head for a while — that’s something we’ve always tried to do. Whether it’s with being humorous, serious, goofy, or complex, it’s all been about having a show. And if you don’t like it, that’s fine. You don’t have to stay [laughs].

Obviously, we all grew up in the era of Butthole Surfers and The Flaming Lips and groups who were building on the energy of, say, The Stooges, but also the psychedelia of Pink Floyd. And also not being so damn serious that it became a downer, because we have that side too. That was one of the last eras where everyone could kind of do their own thing for a while. South By Southwest hadn’t really solidified itself as a trend forecasting event – it was more about discovery. I think things have changed in the industry now, and anything indie is now micro-indie. Everything is broken down into smaller pieces. So it’s neat to go back. We’re also getting up there in age, and we’re playing songs that we go, “Oh my god, did we really come up with this?” It’s kind of funny, now I understand what a lot of these older bands that do reunions feel like. 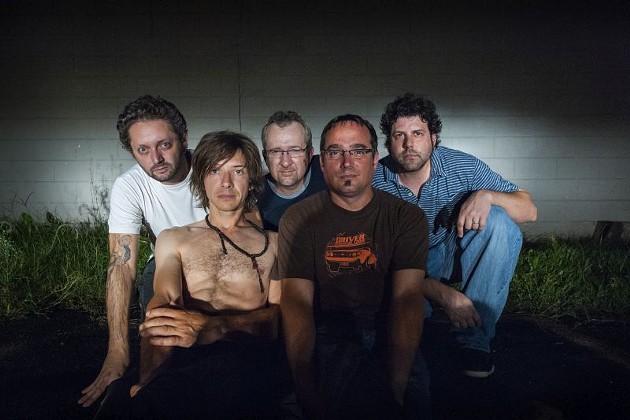 When you listen back to some of the older stuff, do you remember writing a lot of it or is it a blur? Do you ever listen to something and go, “When did that happen?”

Well, originally Keith and I started the band and had more drummers than Spinal Tap. [laughs] We finally landed on Sean and played with us for the majority of things. And then we wrote a rock opera. So we started out with both feet shot, so to speak. When we were writing that, we'd listen back to our rehearsals and if it made us laugh, we'd follow that train of thought and keep going. It was a lot of fun. Both Keith and I were in other bands that were doing totally different things, so this was an outlet for us to not have any kind of net or parameters. It all started with the premise of not having a premise.

So musically, was it the kind of thing where you knew the bands you were listening to and wanted to sound like it? Or was it kind of like, "Let's just see what happens" and then it evolved into what it became?

There's a lot of bands out there who wear their influences on their sleeve, and when the band started I don't think there was a single person that really had that want or need to follow a path that someone else had laid out. So it was kind of fun in that regard. But obviously you start to figure out what the sum of the parts is, and then you eventually start to gel. So further down the line I think it may have become more rock and less prog. But I don't think anyone of us have ever sat down and thought, "We're going sound like this."

For people who don't know anything about Statts Fest or Jason, what would you want them to know?

Jason was unfortunately hurt by a senseless act of violence. He's a good guy, and he's done so many good things. A great artist, a great human being – he's one of those people who would never ask for help and always be the first one to help. Medical costs and costs of living for somebody in his situation, most of us can't even imagine. That's why I'm on board every year.

I saw his last show. I said goodbye to him that night and almost went to the house with him, but went to see The Trainwrecks instead. About 20 minutes after watching the show I got the text. It’s breaking me up to even think about.

Jason is one of those guys who would never ask for a favor, but he deserves all the love that Savannah has given him, and then some.