For more on Michael Gaster and his work, visit mg-associates.com and quarantineconcerts.org

WARNING: what you're about to read is very geeky, and may not be especially pertinent to the average reader. That said, if you have any interest or fascination with instruments and music gear whatsoever, this is for you!

Gear Geek is our chance to shine a light on local musicians and talk about something musicians love perhaps more than anything: their gear. This week we’ve got veteran sound engineer and sound designer Michael Gaster.

Michael has been in the industry for decades, and in that time has become the leading provider of sound and lighting for shows across the Lowcountry and beyond. He’s a brilliant engineer with a true passion for what he does; this is perhaps best evidenced by his recent Quarantine Concerts series that has continually grown in popularity since the onset of the pandemic earlier this year.

Michael has the floor today for a unique and interesting installment of Gear Geek. 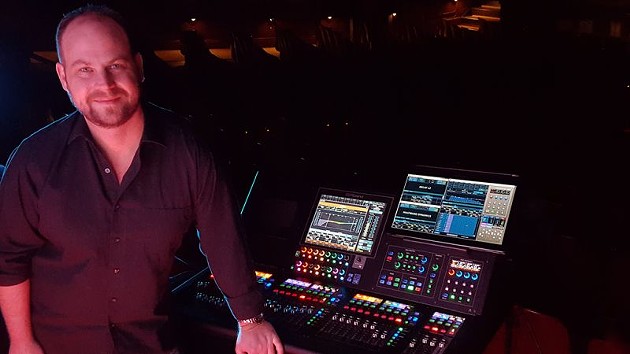 I’m curious about your history in the music industry. How did you get started?

I guess it “started” when my oldest sister Amy showed me “The Song Remains the Same” (I may have been 11) and I immediately became obsessed with the guitar and wanting to be involved with music. However, it was when my other sister Carrie took me to see Aerosmith and spent most of the show looking at the production and the sound system that things started to shift. Still playing guitar, I found myself building and tinkering with speakers, figuring out ways to record and manipulate sound not quite realizing the path I was headed down, but I wanted to know more about audio.

Now, where it started professionally was in Spring of 1991. I was 14, and my mother’s best friend’s husband who owned a sound company needed extra help for the St Patrick’s Day weekend with multiple stages downtown and on River St., I was asked if I was interested in joining the crew and even though I really knew nothing about any of it, I was in and did not leave once that weekend!

What sealed it for me was when I “saved the day” during a set change when (RIP) Dave “the rave” Sheppard grabbed a mic to talk to the massive audience at our main stage (located where the Bohemian hotel now sits) and there was nothing! My job during set changes was to sit at FOH and make sure everything was secure (from the partiers). Mind you, I have never been this close to a “real” mixing console before, but I knew if dude was going to be heard anytime soon it was up to me to figure this thing out. I translated the hieroglyphics that were used to label the channels figuring out which mic he was on, how it was routed, brought down the (CD) playback, brought up the subgroup his mic was routed through, and there it was. I just “did sound.”

Within seconds the rest of the crew realized what just happened (their backs were to the audience as they were changing things over), each turned around (I swear it was in slow motion) from the stage looking back to FOH giving me a big thumbs up with a very approving nod! It was at that moment, possibly mixed with another moment that same day, that I knew what I wanted to be when I grew up!

Do you remember where your love of gear came from? Any particular moment that stands out?

Definitely didn’t come from having to move it and set it up!

I would say it has come in different waves for me, with each cycle bringing a newfound sense of excitement of what can be done with these awesome tools. The “love” isn’t just from getting new advancing technologies in my hands but from my own growth and learning what things do.

At first, it really was a matter of getting past the initial hurdle of simply wrapping my head around what exactly these different pieces of gear do and how to make them do what I wanted. Sure I’ve had my moments of ABC-123 gizmo talk, which I typically try to avoid, but I really was/am more focused on what the hell is happening with these pieces than memorizing the fun terms and model numbers.

For example it easily took me 6 years to really understand how to properly use a compressor and how the expanded parameters you see on some of them interact with the main function(s) that you can only adjust on the others (e.g Klark-Teknik DN500 vs dbx 160a) and *then* I was able to really appreciate the different makes and models that are out there and got into who made the gear that did what I was interested in having at my fingertips.

Of course a compressor being just one piece, learning about equalizers and how a six-band parametric is far more powerful than a 31band graphic for just about anything, and then on to why the SPX90 is/was a garbage effects processor.

The most gear “love” came when the digital transition was making its way into the lower markets; I don’t believe I had been as excited over a piece of gear as I was over a configurable digital system processor; my first one being the Allen & Heath DR66. I’m pretty sure I was more excited over that than I was over my Soundcraft Series FIVE! I remember at the time (~’99) people laughing at me for having “a computer hooked up to the crossover- what do you need that for?” I was like, “Yeah! you know what? Stuff changes and all I have to do is ‘click click.’”

Then a few years later (2004) digital mixing consoles came more readily available and I jumped on this with my purchase of a Yamaha DM-2000 even as many around me were talking about how it was going to “crash” during a show, I was like “I don’t care, it has PEQ on the ins and outs, channel delay, variable High pass (most important), comps and gates on every channel, 8 stereo effects units, recallable routing, takes up 1/3 of the space & weight *and* sounds better!” I made the move and got rid of my analogue gear and never looked back.

What was the first piece of equipment you owned?

I’m just going to go with my first real piece of audio gear which was a Phonic 1202 Mixer (actually a very nice piece at the time).

Not sure why I needed it when I was 15, but I saved up and bought it because I was going to do audio, damnit, even if that was the only piece I had. Later I bought some cheap carpeted 12” 2-way speakers, borrowed a Peavey mixer amp from a retired musician to power the speakers and set off to do sound for some garage bands when I wasn’t working for the sound company.

Later (~’95) I went on the road with a group (18 piece corporate show band) and knew they/we needed more outboard gear, so I traded that mixer for a crummy Alesis 3630 compressor and a 4 channel insert snake at one of our local music stores; needless to say the store got the better end of the deal there.

Is there a piece of gear you own that you’d consider particularly special? Why?

I really do love my Roland M5000 console. It’s not the most popular desk, but you won’t find anyone knock it other than saying “well you don’t see it on riders.” I don’t do much rider work, so who cares?

It’s great on so many different levels. First, Roland makes quality (both Pro and MI) gear but secondly, it has such a neutral sound. It drives me crazy when manufacturers try to make their digital stuff “sound” analogue. A big reason (even pre digital) I started liking the Japanese products more than the British is it should be my choice if I want to add any “colour” to the sound! Third, it’s not a fixed format desk (e.g. 40ch, 8 aux, 8group, + Stereo); it has 128 audio paths (or “resources”) and you tell the console how you are using those paths, whether they are input channels, auxiliary sends, master busses, matrix busses, monitoring busses, whatever! If I want a 127input with 1 mono output mixer I can make that happen. Oh and my Neumann KH80 Monitors.

As a sound professional, what’s one gig over the years that stands out as a particularly special one?

“Special” comes in many forms, I suppose. There was the one where I broke my face on a load in and had to be rushed to the ER and later instructing one of the crew on how to mix while I was lying on a hospital bed having just had my face stitched up; there was the one with The Wallflowers where their FOH guy asked me what I thought of the (his) kick drum sound (this is the most unheard of thing in audio especially at that level); but there was also the time I was working with the Philharmonic, I just (~48 hours prior) got my new console (the M5000), had no time on it at all, a hurricane was passing by, I didn’t even get a 2 minute sound check, had 72 channels coming from the stage most of which were open condenser mics on acoustic instruments (most prone to problems in a live sound environment). One colleague of mine told me I was out of my mind for taking that kind of a risk. I had a near flawless show!

Of course there are many others that would be “the one” for the varying “special” categories, we’ll keep those in the vault for now.

What is it about what you do that makes you keep doing it? I imagine it can be a demanding line of work, but also really rewarding.

It’s show business! Even the guy following the elephants with the circus wouldn’t give it up! In all seriousness though, as an audio engineer doing live event production I am able to push both the creative/intuitive/random side of my brain as well as the analytical/planning/detail oriented side of my brain, wrap it up at the end of the day and do something completely different tomorrow. 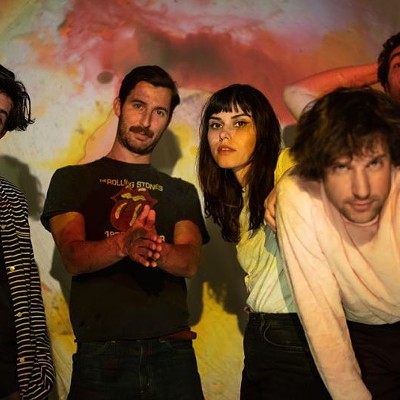