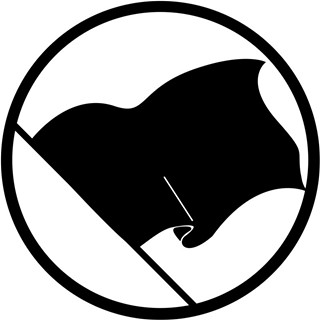 THIS ONE is going to be a ride. Buckle up.

In the first installment in this Gentrification Series, I made a joke about wishing to speak with certain Leftist parties, if they would be willing to do so.

Not only was one such individual perfectly willing to do so, but I have greatly enjoyed the several sit-downs that we have had.

I will call this person the Savannah Anarchist, or SA for short.

SA identifies more specifically as a Queer Anarchist. This is not just an Anarchist that identifies as queer. And queer, by the way, is separate from gay and lesbian.

“People who reject traditional gender identities and seek a broader and deliberately ambiguous alternative to the label LGBT may describe themselves as queer.” Thanks, Wikipedia.

Therefore, a Queer Anarchist is a person seeking to abolish all societal “norms” when it comes to sexual identities.

(The SA clarifies: “I would say that being queer is not just seeking to abolish sexual norms, but any societal norms tied to sexuality and gender through intersectionality [understanding that all our oppression including race, class, gender, and sexuality are connected].”)

I spoke to someone else who studies the psychology of human sexuality who put it this way: “stuff like Biqtch Puddin from Savannah winning season 2 of Dragula.”

I’ve learned some things writing this column, and now perhaps so have you.

“But what does this have to do with Gentrification?!” you ask.

Well, SA also identifies as a regular ole vanilla Anarchist, as well as a Queer Anarchist (though not all QAs will—it’s complicated). And Anarchists are very, very opposed to gentrification.

Not having ever given much serious thought to Anarchism—to me it’s so intuitively and self-evidently unworkable—I asked for some reading material.

The most promising document I was provided with was titled “Short-Circuit: Towards an Anarchist Approach to Gentrification.”

You can find it and read it yourself online, if you don’t mind probably being added to some sort of watch list. My future defense is that I’m a writer doing research —you’re on your own.

It starts off well, with a survey of the field of knowledge, as many academic pieces will. It discusses the beginning of the use of the term “gentrification” by the Marxist sociologist Ruth Glass in 1964.

The article then goes on to describe a four-stage model of gentrification devised by the urban theorist Philip Clay. The stages (Pioneering, Expanding, Adolescent, and Mature) are based on risk, its reduction, and the resulting addition of investment capital from increasingly risk-averse sources.

Basically, as risk is reduced, investment increasingly comes from sources less and less connected to the original building of and/or betterment of the neighborhood. Displacement becomes more and more of a problem, unless there are interventions.

I largely agree with this model, and will be looking into it more.

After a bit more academic survey, we get to the portion of the paper that is the original work of the anonymous Anarchist writers, described as “Two Members from Toronto” on the website LibCom.org.

They argue that Anarchists need to be able to have a flexible way of responding to the pressures of gentrification. Potential “interventions” lie on a spectrum characterized on one end by community organization and advocacy (legal), and on the other end by “direct actions” which include “property destruction, sabotage, and propaganda” (largely illegal).

Sounds like the old Sinn Fein/IRA set-up to me.

Guess what? Though it started off well and informed me of some other interesting work done on gentrification, this document gave me no new respect for Anarchism.

Instead, it re-asserted my previously vague belief that it’s a contradictory mess of an ethos with concrete examples:

1. Gee, there seems to be a lot of organization required for most of these so-called Anarchist approaches. This may be pedantic, but if you are pushing for more community say in what happens in a community, you do not support anarchy, but subsidiarity. Words and their meanings are important. However, anarchy sounds cooler than subsidiarity, I’ll grant you.

2. Anarchists seem to support the will of the people only as long as the people are anti-Capitalist. Resident associations that ask for and facilitate investment in their neighborhood are “repressive” and “manifestations of the ruling class banding together to collectively assert their class power.”

3. The state is bad, and should be dismantled, but it should please keep providing social services. The authors point out that one of the primary problems created by displacements associated with gentrification is that former residents no longer have access social services—services administered by the state, with funds appropriated through taxation and the implied threat of state violence. It’s a conundrum.

This last point gets to where my personal dialogues with the SA usually reached a dead-end. We agreed more should be done for the marginalized and disadvantaged hurt by gentrification. We disagreed on the means to reach those ends.

I am generally a supporter of Capitalism, though I don’t believe all market segments are naturally efficient, so I’m not against government intrusions. I’m not a laissez-faire kinda guy.

Adam Smith himself thought that the government should step in for three main things: the physical protection of society, the administering of a legal system, and “erecting and maintaining those public institutions and those public works which may be in the highest degree advantageous to a great society,” but which “are of such a nature that the profit could never repay the expense to any individual or small number of individuals.” (from Robert L. Heilbroner’s The Worldly Philosophers, in turn quoting Adam Smith’s The Wealth of Nations—the former is highly recommended to all, the latter in its original form only if you are a masochist).

This third area is where most of left vs. right political debate in America occurs—what are the public institutions and works of a great society?

I believe that caring for the marginalized and disadvantaged is something that a great society does, so the state should do that. How and to what degree is a much larger discussion.

So, no, I do not think it is a real estate developer’s job to provide bathrooms, showers, and lockers for the homeless population within a development project built in a gentrifying neighborhood.

This is too great a burden, and makes no business sense, especially if you understand that whole risk-reduction model. To me, any such project is the job of the state.

However, Anarchists do not support state action (duh, anarchy). The Savannah Anarchist wants those that contribute to gentrification to directly assume responsibility for addressing its downsides, voluntarily, and without using any such action as an opportunity to make pro-gentrification activities look good.

I simply think this is unrealistic.

More than that, it becomes problematic when Anarchists attempt to induce their unrealistic goals through the “direct action” of destruction of property and vandalism. This isn’t hypothetical.

Another article that I was provided with by the SA appeared in a Minneapolis-area zine called Nightfall, and proudly described how the front window of a business selling artisanal candles was shattered.

Though a small, local business, this action was considered anti-gentrification because it would increase risk for neighborhood investors and help to stop the slippery slope towards future safety for a Starbucks location.

The anonymous anti-gentrification activists left a note on an online forum stating, “We do not care if this business is ‘local’ or not, since it caters to an audience of milquetoast hipsters that are nowhere in the world.”

This is no way to treat plucky young entrepreneurs just trying to bring a little joy to the world through funky socks. If the vandals are correct, and their audience does not exist, then the business will be ruined through the natural mechanisms of the market. Sit back and enjoy your hipster schadenfreude patiently.

This comes back to their dual identity as Anarchist and Queer Anarchist, and more generally as a part of the queer community at large. The latter affiliations would naturally impart an empathy towards all those that are marginalized or disadvantaged, for whatever reason, including those being displaced by gentrification.

The Savannah Anarchist’s participation in public meetings has consistently been to speak for these people. It can sometimes be rude. It is almost always inconvenient, as mitigating the downsides of gentrification is not an easy problem to solve.

However, I think the SA’s voice is necessary, even if I believe their suggested remedies unrealistic. People like the Savannah Anarchist keep the rest of us on our toes and uncomfortable in our complacency.

I hope the Savannah Anarchist will keep throwing rocks, as long as they remain rhetorical.