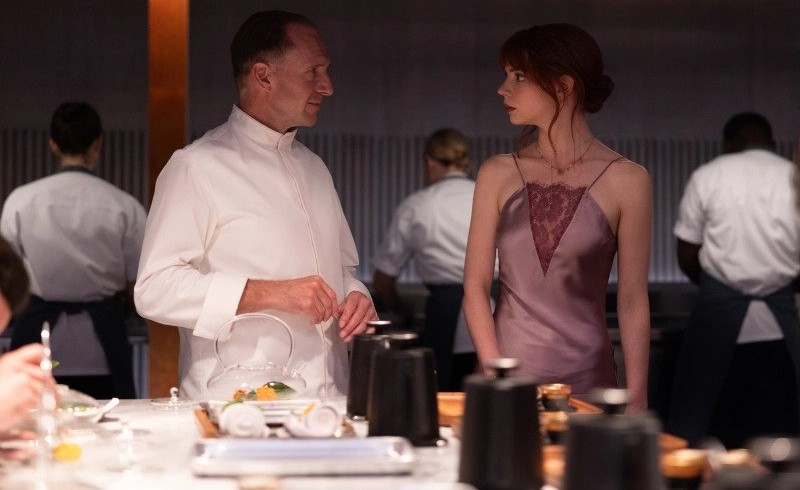 It was another record-setting year for revenue generated by Georgia-made film and television productions.

Governor Brian Kemp announced in August that film and television industry productions spent $4.4 billion in Georgia during the fiscal year 2022.

“When the pandemic struck, we worked hard in Georgia to communicate with our partners in the Georgia film, TV, and streaming industries,” said Governor Kemp. “Together, we forged a safe and appropriate path to allow the film industry to return to operations and deliver Georgia Made productions to eager consumers all around the world.”

The Georgia Film Office, a strategic office within the Georgia Department of Economic Development (GDEcD), reported that the State of Georgia hosted 412 productions, represented by 32 feature films, 36 independent films, 269 television and episodic productions, 42 commercials, and 33 music videos between July 1, 2021, and June 30, 2022.

The Savannah Regional Film Commission reported that in 2021 the entertainment production industry had a direct economic impact of nearly $114 million.

88 professional productions were shot in the Savannah region in 2021 including “Devotion,” “The Girl from Plainville,” “Last Seen Alive (Chase),” and Tyler Perry’s “Jazzman’s Blues.”

“The entertainment production industry has proven very beneficial to the Savannah region, and we want to be sure everyone is aware of the opportunities available,” said Beth Nelson, Executive Director of the Savannah Regional Film Commission.

The Savannah Regional Film Commission, an AFCI-certified film commission, is the central point of contact for entertainment production in our region. The commission promotes the Savannah region as a premier film destination for motion picture, television, and commercial productions.

“We have a very robust crew and vendor list on our Film Savannah website. We encourage all local crews and businesses to create a free listing. When a production is considering Savannah, they can search this database from anywhere in the world and see the crew and vendors we have available locally,” said Nelson.

The film’s impact was evident at various summer socials including the Savannah Regional Film Office Crew mixer and the Savannah Film Alliance meeting.

Both events were attended by students of the industry and industry professionals networking about the thriving film community.

“Forming this organization is one of the things I’m most proud of in my career,” said Savannah Film Alliance founder, Charles “Bo” Bowen. “While the industry has certainly recovered and is still in the process of recovering, the ability for us all to continue to work together to ensure that we take it to even better heights than it’s ever reached before is extremely exciting to me.”

The Savannah Film Alliance was founded in 2015 as a grassroots organization dedicated to the support and growth of the film and television industry in the Coastal Empire. Since that time, its membership has grown to over 500 filmmakers, crew members, government officials, producers, actors, service providers, and many other entertainment industry supporters.

The Savannah Regional Film Commission works a year or more in advance marketing and engaging with productions to bring their films or shows to Savannah. Since the office works under the umbrella of the Savannah Economic Development Authority (SEDA), they also help productions navigate local and state-run incentive programs.

“We are singing the praises of everything that we have here and that includes our amazing crew, support services, and our businesses. We are a one-stop shop from conception to completion for productions to use while they are here,” said Katie Schuck, location specialist for the Savannah Regional Film Commission when speaking at the recent Savannah Film Alliance meeting.

Representatives from KAT-5 Studios gave an update on the status of their studio set to open in Spring 2023. The studio will be America’s first purpose-built sustainable film studio complex and will serve a need that has been missing in Savannah: sound stages.

This is not the first attempt at this for the city. In 2013, Moon River Studios was announced to be built in Effingham County, but that never took off.

Later, the Securities and Exchange Commission blamed the company for falsifying documents to try to get investments and the firm was ordered to pay a $1.8 million judgment.

A few years after that, the Savannah City Council rejected a plan by Georgia state representative Craig Gordon who gathered investors for another studio project. He planned to buy 15 acres of city-owned land on a former fairground site and renovate hangars on the property to convert to studio space.

The Savannah College of Art and Design (SCAD) operates three sound stages and recently announced plans to expand the facility. KAT-5 wants to be a part of keeping jobs and productions in Savannah while their studio would also provide economic development in Savannah with a studio here.

“Our goal is to provide a resource for the industry, community, and our environment,” said David Paterson, one of the founders of KAT-5 Studios. The studio name KAT-5 refers to the building’s distinctive design elements; the complex will be built to take a direct hit from a Category 5 hurricane.

“It is 30 acres on the other side of I-95 out 204, which is important because it is an open evacuation zone so productions wouldn’t have to pick up and go. However, we are also working with the Federal Emergency Management Agency (FEMA) and Chatham Emergency Management Agency (CEMA) to work as a staging zone for pre- and post-disaster,” said Paterson.

While Craig Gordon’s plans for a studio were rejected, he has moved forward with producing projects and staying heavily active in the industry. At the Savannah Film Alliance meeting, he announced completing his feature film “The Boo Hag.” He also talked about the Georgia Entertainment Caucus and some of the things they are focusing on.

“To qualify for the film and tax credit in Georgia, I think the threshold is $500,000. There have been a couple of other states that have lowered theirs considerably to make it more attractive to independent filmmakers. So, one of the key agenda items for the caucus is to put forth a bill that would bring Georgia’s minimum threshold down,” said Gordan.

By lowering the threshold, the Caucus hopes to retain and encourage growth in content creators living here in Georgia. Gordan serves on the Caucus which is an Atlanta-based organization that focuses on bridging the gap between the Georgia political sector and the entertainment industry.

The tax incentives Gordan mentioned have been a driving force for the growing industry. The Georgia Entertainment Industry Investment Act (GEIIA) grants an income tax credit of 20% to qualified productions, including feature films, television movies or series, documentaries, commercials, and music video projects.

Despite the controversy surrounding certain bills passed in Georgia, the film industry is not showing signs of slowing down. However, in August, California governor, Gavin Newsom, tweeted, “CA will be extending our tax credits for productions that leave discriminatory red states. Time to come back to the entertainment capital of the world.”

Only time will tell if Georgia HB481, the “heartbeat bill” will have an impact on whether productions come to or stay in Georgia now that the path was cleared for the law to go into effect after the U.S. Supreme Court overturned Roe v. Wade in June.

“Working on films has changed me because it opened my mind to doing things I never thought I’d do though I dreamed about it, now I am in the industry doing it. I am glad and we are lucky that we get to work on these great projects in Georgia. I am happy and I cannot see myself doing anything else. It opens the world for a lot of creative people to grow,” said Patrick Tennerson, who is happy that film opportunities are being provided in Georgia.

Tennerson is a graduate of the Georgia Film Academy and has worked in several different departments on various sets including the live-action “Lady and the Tramp,” the upcoming “The Color Purple” musical (December 2023), “Black Panther,” and more.

Audiences can see films created in our area on screen soon. Tyler Perry’s “A Jazzman’s Blues” debuted a sneak peek at the Martha’s Vineyard African American Film Festival and is scheduled to be released on Netflix in Sept., 2033. Devotion will premiere at the Toronto International Film Festival in September and is scheduled for release on Nov. 23. “Halloween Ends” will be released on Oct.14. These are just a few of the many projects filming in the area recently slated for release within the next year or so.

The Savannah Regional Film Commission site filmsavannah.org keeps everyone up to date on what is to come as the industry is showing no signs of slowing down in our area.