EVERYONE's heard of Oktoberfest, but not everyone has heard of the Teutonic Council of Savannah, which holds its own event this weekend.

The organization was founded in 2014 with the mission of supporting cultural exchanges between the sisters cities of Savannah and Halle, Germany, as well as between Savannah and Germany and Austria.

The council traces its origins back to 1683, when  the ship Concord arrived in Philadelphia with the first significant German immigrant group to the colonies. The ship brought over 13 Mennonite-Quaker families of Krefeld, who were fleeing Quaker persecution in Europe. 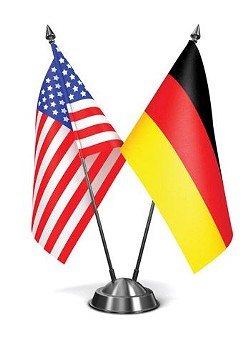 With guidance from Franz “Francis” Daniel Pastorius, a close friend of William Penn, the families became known as “The Thirteen” and established the Germantown Mennonite Settlement.

The Teutonic Council works together with the other three German-American societies in the Greater Savannah area, including: the German Heritage, the German Friendly, and the Salzburgers of Georgia Societies.

In March of 2014, The Savannah Philharmonic Orchestra and Chorus presented “Handel’s Messiah” at the Cathedral of St. John the Baptist. This single performance of Handel’s epic sacred choral masterwork, also included four special international guest soloists of the Halle Opera.

The German Heritage Society made this possible by raising eleven thousand dollars to bring in four soloists from Handel’s birthplace, Halle, Germany.

The concert was a success, and administrators from the city of Savannah and the city of Halle met a couple days later. The vocalists and members from the three societies were all present and decided they should sponsor more events such as the concert.

They sat down and proposed the idea of a new council — the Teutonic Council — and suggested Dieter K. Gunkel as the president.

The council has been sponsoring celebrations of German American Day since it was founded in 2014.

“We’ve created student and teacher exchange programs between the sister cities, and now also from the city of Bremen,” says Gunkel.

“The Teutonic Council has sponsored an intern from the city of Halle who worked with the Creative Coast,” he says.

“Another student came this year and was sponsored by the Teutonic Council of Savannah and the local Rotary Club. She’s a student who studies English and Music and was also the German Champion for clarinet at age 14.”

The Teutonic Council is sponsoring this year’s German American Day Festival Saturday, September 29 from 11 a.m.-3 p.m. at the DeSoto Hotel on Liberty Street. The festival will include authentic German food for purchase along with German beers and soft drinks.

German folk and classical music will be performed. There is no entrance fee.

Lastly, Gunkel mentions that “the student from Halle will be performing along with a German music band, and the sister City of Halle will have a stand with information about their city. The Teutonic Council and Dr. Gunkel all welcome you to come celebrate German heritage at the event.”