Professional and award-winning musician Eric Davis joined Georgia Southern Univ.’s faculty in the Fred and Dinah Gretsch School of Music in January. Davis has a variety of experience in the music realm having played professionally since a young age. Davis says he enjoys mentoring students not only to enhance their musical talents, but also to ensure they are ready for a lifelong career in music.

Read on to learn more about Davis, his musical influences and plans for his role at GSU.

I am a classically trained guitarist, I trained at The Juilliard School and I have lived in NYC for the last 32 years. I started at Georgia Southern in January, so it has been, to say the least, a quick and ongoing transition to a city where I still know very few people.

I grew up playing most contemporary styles in bands, including my father’s, professionally from the age of 12. I learned about the differences in musical approaches for these styles through playing with people much better than me.

By ‘industry,’ many think of engineering in a recording studio or being behind a mixing board at a live event. The industry is much more than this and encompasses many topics and experiences from performing to engineering to teaching. It’s basically the means by which you are able to sustain yourself in your chosen aspect of the industry.

What were you doing prior to joining GSU?

I have been in the Broadway-freelance scene in New York City, and continue to be to this day. While there is obviously great music being done all over, there are many, many people trying to carve out their place in the New York scene. It took me almost seven years to accomplish this. I have played in about 20 or so Broadway shows, and on Broadway original cast albums, some of which have been nominated for or won Grammy awards. I have also done work on many album projects, films, TV and jingles.

What excites you most about this opportunity at GSU?

Working both with the Gretsch name and with the students with whom I have, so far, had a fantastic experience. Anybody in the guitar and drum world knows the Gretsch name. My goal and mission is to pass along my experiences to this generation of students. Both my successes  and my failures, and how to pass things often not taught in music school to this group.

What exactly will you be doing in your role?

I hope to be the instrumental (guitar-wise) liaison between the needs of the school and the vision of the Gretsch family. This is still being navigated since the music industry program is new, but I am optimistic we will navigate this journey as the program develops and increases in size.

What do you hope to accomplish in your role?

To be the person who knows guitars, help our students develop these skills, and, to the extent that we are able, make the community aware of our program and the desire to make it well-known — especially in the southeastern states.

How does it feel to be the first-ever Gretsch Distinguished Scholar of Guitar/Music Industry?

Fortunate would be an understatement. I love working with young, committed students, and of course, I have been a fan of Gretsch guitars my whole musical life. I own three vintage instruments myself.

Tell us about your experience with Gretsch guitars and instruments.

My father-in-law owned three Gretsch guitars from the 1950s. All vintage, and he was the original owner. When he passed, I got them all restored to perfect condition. The Duo Jet is Gretsch’s first solid-body electric and one of the first batches made in 1952 or 1953. My guitar tech in New York, with the help of a couple of others who worked on Bob Dylan’s guitars, put it into such great shape that he guarantees that no one in New York has one in this condition and that plays so well. When my father-in-law was a younger man, he walked by the Gretsch store in Brooklyn and told himself that he was going to buy that guitar when he had the money.

You’ve been involved with many Broadway productions — which one was your favorite, and why?

Broadway is more than just sitting in a pit for a couple of weeks. It is part of the larger freelance scene. These same musicians are seen in every facet of the industry. It’s hard to pick a favorite, but “Matilda” was great. Not only the positive energy of the dozen or so children in the cast, but the vibe and teamwork of the rest of the cast, crew and music department, from the top-down. Plus it was such a clever and well-written show.

I was probably two years old when my parents played Beatles albums in the house. I can’t remember a time when I wasn’t interested in music. As I got to adolescence, it became clear that it would be my path. A decision to pursue it was never made because it was always clear.

Who/what are some of your musical inspirations?

The Beatles, Chicago, classic rock, Abba, ‘yacht rock’ like Toto, 80s metal and hard rock, disco, Sibelius and Beethoven. Also, George Benson, Paco de Lucia and Brazilian music.I was an exchange student in Brazil during college, and this is still very important to me and my life now. So, pretty much everything.

Tell us a little more about your experience in Brazil and how it shaped your life and music career.

In Brazil, I participated in an exchange program where I lived with a family and was immersed in Portuguese. It changed my life, and to this day I have many friends there. The people, the culture and the hospitality are so great. I wanted to move there for so long, but my music career here in the U.S. kept getting busier and busier, and I realized that a permanent move  would never happen. I got into Juilliard and have been in New York ever since. There is some regret, but memories and regular visits to this day have helped. The music is my favorite because it has so much depth and richness to it.

What is something you would like the Georgia Southern community to know about the Gretsch School of Music?

It is fully committed to serving its students and having individual interaction, knowing each one, by all faculty. We want them to discover and pursue the very music that made them want to be musicians in the first place, while at the same time adding new skills in the process. We also want to give them tools to make a living by giving them as many different experiences as possible. Basically, all the things I didn’t learn in music school, and in the process, not leaving them with $200,000 in debt after they leave!

We are student-centered and want students to take ownership and have decision-making power in what they play. At least that is my philosophy, and my colleagues are phenomenal. Everyone brings something unique to the table, so we are very complete as a department. I couldn’t be happier. 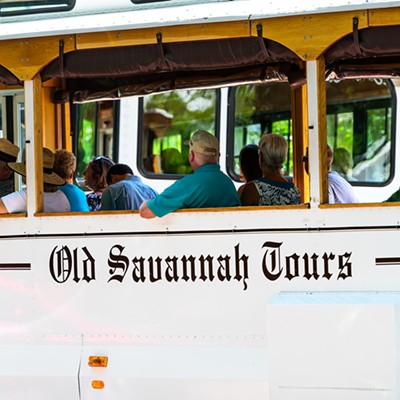