SAVANNAH is a town full of mystery. Despite how long you’ve lived here, there’s always something new to discover.

Luckily for us, Chris Berinato shares some of our town’s hidden stories in “Secret Savannah: A Guide to the Weird, Wonderful and Obscure,” published by Reedy Press and available for purchase now.

The book takes readers through the Coastal Empire, sharing some little-known facts that even the most seasoned Savannahian might not know.

Berinato kicks off a local book tour of sorts with a reading Oct. 19 at E Shaver, Booksellers. We caught up with him last week. 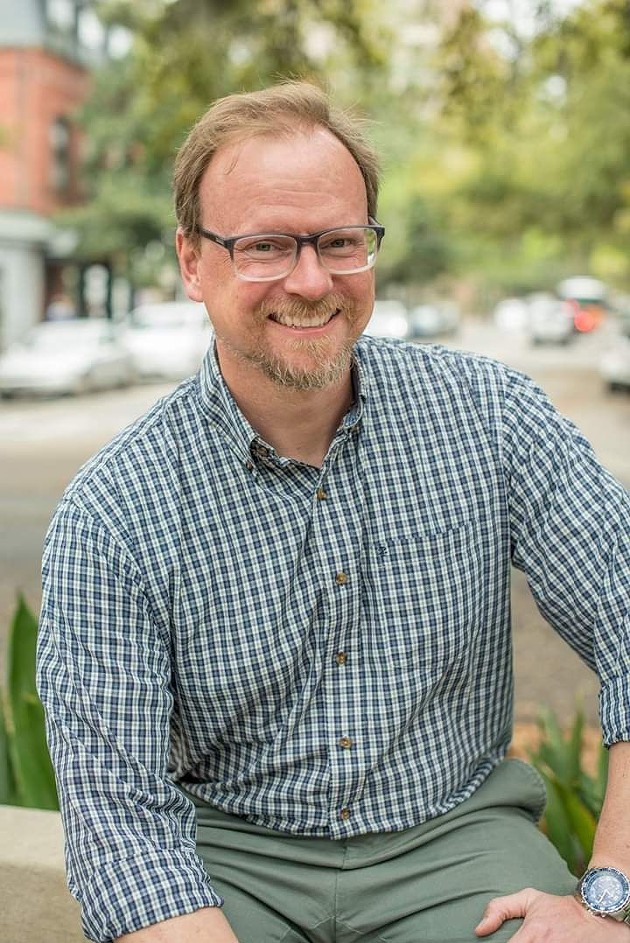 How did you begin work for this book?

I’d love to say I had been thinking about writing this book for a long time, but actually, my friend, author Zach Powers, wrote a book for Reedy Press called “100 Things to Do in Savannah Before You Die.” He put my name out there to Reedy Press, so they contacted me. They have a series for different cities, and he approached me to ask if I wanted to write the Secret Savannah one.

I jumped at the chance for two reasons. One, it was an opportunity for work, to do some writing. But the idea of it, that I’ve lived in Savannah for 20 years but have kind of taken it for granted, thinking I knew everything about it, but when I was honest with myself, I realized there’s a lot I’ve heard of but haven’t seen, and probably a lot of stuff I haven’t heard of. I need to investigate and revisit this city as a tourist again.

Over half the book is stuff that I’ve heard of but never actually checked out. Everyone goes to Bonaventure, but there’s Laurel Grove Cemetery too.

One of the stories I found interesting was that Joe Namath tried to turn the Kehoe House into a nightclub. I just recently found out he used to live here.

That’s something I’ve heard from tour guides over the years. Even the website for the Kehoe House says Joe Namath owned the building. As far as the story, I don’t think they put out there that he wanted to make it a disco. That’s more of just local lore. But knowing that Joe Namath owned a nightclub in New York called Bachelors III, it did not strike me as unrealistic at all.

What was your reporting process like for this book?

I hit up friends in town that have lived here for a while. I asked people what they’d heard of. I had a friend that’s a tour guide, John McNulty, and we just spent two days walking around town, and he was pointing things out to me. That was fun for both of us.

Probably the biggest thing that came from that that I’d never heard of, and most people I’ve spoken to have never heard of, is the powder magazine. The powder magazine is this old brick building designed to look like a castle, and it’s just hidden out in the woods off Ogeechee Road. It was built in the 1800s to house all the city’s gunpowder and dynamite and explosives. It was built outside the city limits in case it did blow up.

I had no idea it was there—I went down Ogeechee and followed the directions I found online, and you just walk through some brush and trees and there it is, this massive fort.

It was designed by a couple famous architects; I guess they were slumming when they made it. They’re basically building a shed that no one is ever going to see.

What’s another thing in the book you found interesting?

I couldn’t believe I’d never heard of the Black Holocaust Memorial. An artist named Jimmy “Double Dutch” Kimble built these papier-mache structures outside his house on Anderson and East Broad. He built something called the Black Holocaust Memorial that’s a depiction of a chained-up slave and the women around him, and he built it to teach the local at-risk kids that he knew in his neighborhood what slavery was really like, as opposed to stuff they might be learning in school. I had no idea it was there.

How long did this book take you to write?

I think I had, from the moment they hit me up to write it to when I finally signed the contract and started work, about nine months of thinking about it. Then, as a writer, actually working on it for about four months. Once the gears got going, it was a lot of fun. A lot of it got done over the summer, so I had my son with me and we’d drive out to places and take pictures.

The thing about this book is, even though it’s Secret Savannah, I included a lot of places that are about a day trip away—St. Simon’s, Jekyll Island. The reason I did that was because this book is not just meant for tourists. It’s meant for locals to rediscover the city. Locals hear about these things outside the city limits but close by, and I don’t think they’re going to do a “Secret Jekyll Island.” I included that stuff because it’s a catch-all of the Lowcountry and the Coastal Empire.

One of the fun things about working on this book is it reminded me that this is an extension of something I did right out of high school. My friends and I took a road trip from north Virginia to Minnesota to see the biggest ball of twine made by one man in the country. I think we were inspired by a Weird Al song. Along the way, we hit other weird spots, like the Spam Museum or Robot World or the Circus Museum. That kind of interest in weird attractions carried over.