Ghosts & gangsters — and the best movie of the year?

Monster on the Campus

THERE ARE seven noteworthy specialty cinema events taking place over the next eight days throughout the area. If you’re looking for something a little off the beaten path, as far as big screen fare goes, this week’s installment of Film Scene should provide a road map to these options.

As always, details (including admission prices) can be found in the accompanying sidebar.

We begin downtown on the Southern end of Forsyth Park at the Sentient Bean Coffeehouse, where, for the past 15 years, the Psychotronic Film Society (Savannah’s longest-running and most award-winning independent cinema organization) has held weekly, Wednesday night showings of underappreciated or downright obscure feature films from around the globe. 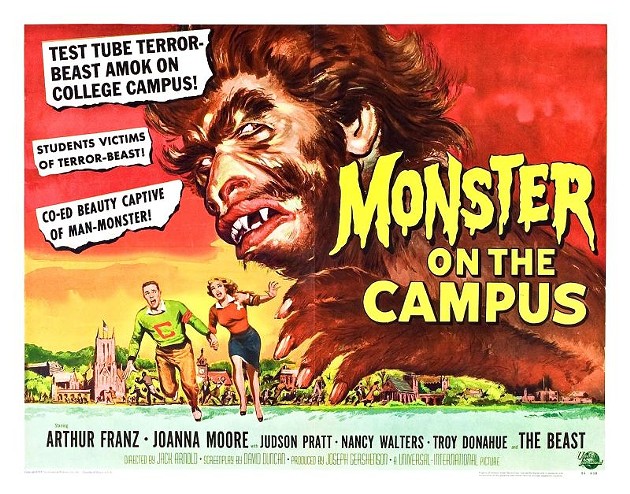 Monster on the Campus.

On Oct. 9, the PFS’ monthlong Halloween-inspired slate of overlooked horror films continues with “4D Man,” a 1959 sci-fi shocker from the same producer and director who made a splash just one year earlier with the sci-fi/horror hybrid “The Blob,” a box-office sensation that was made independently for $110,000 and went on to gross $4 million for Paramount.

Much like “The Blob,” “4D Man” was shot on a small budget in DeLuxe Color, but although it boasted an intriguing premise, solid script and above-average direction and acting (not to mention what were cutting-edge visual effects for the time period), however it failed to make a similar impact with audiences.

Nevertheless, while it remains criminally unknown today, this tale of a scientist who develops a device that can allow animals (such as humans) to pass through solid objects (such as walls) and the frightening ramifications of the misuse of such technology is a minor gem of the genre.

This is a rare opportunity to see it as its creators intended: in a dark room filled with respectful friends and strangers. 8 p.m. showtime, with a full vegetarian menu available, plus discounts on craft beer and organic wine during the movie.

The following Wednesday, Oct. 16, the PFS screens the 1958 B&W thriller “Monster on the Campus” at the Bean. Directed by Jack Arnold, the man responsible for helming such unmitigated sci-fi and horror classics as “The Incredible Shrinking Man,” “Creature from the Black Lagoon” and “It Came from Outer Space,” it concerns a university professor who accidentally cuts his hand on the fossilized tooth of a prehistoric fish, and starts suffering blackouts – during which time all hell breaks loose around his university.

Could it be that there is an actual prehistoric “Neanderthal man” roaming the campus, or could something much more bizarre be taking place?

Although this picture occasionally lapses inadvertently into accidentally campy territory, it’s a solid monster flick that over the intervening decades has fallen through the cracks. It’s also believed by many to have been a major, uncredited inspiration for the Marvel Comics superhero The Incredible Hulk (hint, hint). 8 p.m. showtime.

On Oct. 10 at the AMC Classic Savannah 10 multiplex (behind Savannah Mall), Fathom Events celebrates the 35th Anniversary of the theatrical release of the original “Ghostbusters” film with a High-Definition digital rerelease.

In addition to this chance to see the beloved blockbuster in a theater, the inclusion of a short selection of cutting-room floor “alternate takes” serve as a bonus feature. 4 p.m. and 7 p.m. showtimes.

Based on Mario Puzo’s novel of the same name which sold over nine million copies in just two years, the exceedingly impressive film became an international sensation that has, to date, generated almost $300 million in ticket sales, not to mention an astronomical amount in TV, cable, satellite and streaming rights and home video sales.

Coppola was almost a half-million dollars in debt when he agreed to direct this film, and while his fee was only $125,000, he shrewdly negotiated for six percent of the movie’s gross box-office receipts. As it now stands as one of the top 25 highest grossing films in North America, the picture has made him a very rich man.

If you’ve never seen this gripping drama of loyalty, crime, lust and avarice, there’s no better way to do so than in a darkened cinema. 7 p.m. showtime, and admission includes your choice of wine, beer or soft drink.

The next night, Oct. 11, the Post opens a three-day run of “The Farewell,” the recently-released dramedy written and directed by the Beijing-born and Florida-raised female filmmaker Lulu Wang.

Partially based on Wang’s own family life, the movie centers around a Chinese-American and Chinese family who –following a longstanding, if controversial cultural tradition– good-naturedly deceive their elderly matriarch into believing she is in good health, when in reality she is suffering from terminal lung cancer and is only expected to live for a few more months. The idea being that they can save her from needless suffering and stress, while shouldering the guilt of her diagnosis amongst themselves.

The film, which premiered to raves at Sundance, wound up earning the best average gross per screen of any movie in 2019, as this small and unpretentious feature charmed audiences across the USA. One of its stars, comedic rapper-cum-actress Awkwafina, has been singled out by many critics and viewers for what has been described as a star-making performance, and the picture itself is rumored to be in the running for an Oscar nomination. Showtimes at 7 p.m. on Oct. 11, 12 and 13, with 3 p.m. matiness on Oct. 11 and 13 only.

Heading about 35 minutes out of town the nearby city of Springfield, Ga., the restored, historic Mars Theatre (which is a really cool and reasonably priced place to catch a movie, by the way) presents the just-released animated reboot of the Addams Family franchise. Simply titled “The Addams Family,” this CGI adaptation of the classic New Yorker cartoons which debuted in 1938 and ran for decades stars the voices of Oscar Isaac, Charlize Theron, Chloë Grace Moretz, Finn Wolfhard, Snoop Dogg, Bette Midler and Allison Janney, among others. It finds the infamously creepy, sly and pugnacious brood of misfits and oddballs relocating to New Jersey and grappling with modern-day greed and the ugly side of reality TV culture. 7 p.m. shows on Oct. 10 – 12 and 17-19, with a 3 p.m. matinee on Oct. 13.

And last, but not least, local community film organization CinemaSavannah continues its series of first-run foreign or independent features at the City’s new Cultural Arts Center with a one-show-only screening of “Honeyland,” a Macedonian-made documentary about the life and work of a traditional beekeeper in a remote village in that Balkan Peninsula country. It took home three awards at Sundance, and has been selected as North Macedonia’s official entry for Best International Feature Film at the upcoming Academy Awards.

Almost universally adored by critics worldwide, “Honeyland” was hot over a period of three years and is a ruminative and immersive non-fiction film, in that no questions are asked of the participants on screen and at no time do the real-life people at the center of the movie acknowledge that they are being observed in any way.

It has been hailed as a “grave,” “wise,” “bittersweet,” and “gripping” “meditation on the hardship and rhythms of rural life,” that one NPR critic deems “the best movie of the year.” Kudos to this organization for bringing it to town for this exclusive, regional premiere. 6:30 p.m. showtime.

Please note: The Cultural Arts Center is located adjacent to the Civic Center. As there is no parking onsite and no previews shown before the feature, make sure to arrive a bit early in order to find on-street parking (or walk from a nearby public parking garage), otherwise you’ll enter late. 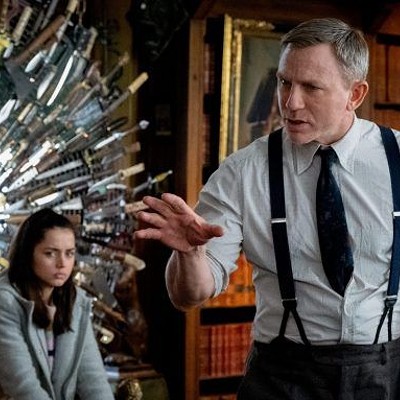