THIS PAST JUNE, as you may recall, booker Savannah Metal-Punx's Floyd Lionel fled Dollhouse Productions with a cash guarantee owed to sludge giants EYEHATEGOD and a packed bill of touring and local metal bands. The news went viral as sites like Metal Injection and MetalSucks covered the bizarre story as it unfolded.

Sighs of “this is why we can’t have nice things” permeated forums as locals grew concerned that bands of that caliber would dodge Savannah in the future.

Luckily, Lionel’s selfish err hasn’t impacted us in the way we feared, as EYEHATEGOD’s New Orleans brethren, Goatwhore, headline The Jinx on Monday.

Juggernauts of the metal underground, Goatwhore have spent 17 years perfecting a sound that’s often cast under the mantle of blackened and extreme metal. Goatwhore, however, prefer to think of themselves as a straightforward heavy metal band; that respect for tradition bleeds through on 2014’s Constricting Rage of the Merciless.

Select guitar work is straight out of the Motörhead book. Breathless drums erupt. Sammy Duet’s vocals growl and rip. For an album that fans have heralded as best capturing their fevered live sound, there’s calculated care in subtle swells, a quick breath before the listener is catapulted back into the driving fury. 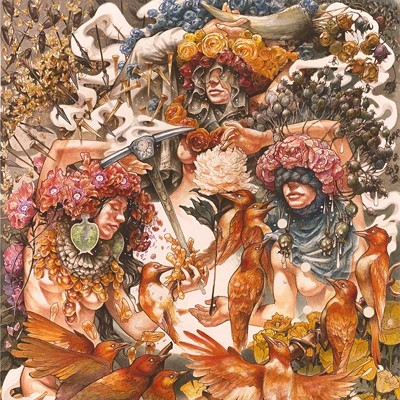