The musical sparked controversy upon its release, but it would ultimately prove to be a classic

Inside Club One, 1 Jefferson St.

Times and tickets at baystreettheatre.org

The beloved rock musical Hair wasn't just ahead of its time, it was quite controversial. Its songs encapsulated the hippie movement and sexual revolution of the 60s as well as the anti-Vietnam sentiments shared nationwide, and became a statement of revolution and revolt from the traditional conservative values of the 50s.

The musical first appeared off Broadway in 1967, and made its way to Broadway the following year. It spawned a movie version in 1979 as well.

Hair featured several hit songs, including “Age Of Aquarius/Let The Sunshine In” and “Hair,” both of which became chart hits for The 5th Dimension and The Cowsills, respectively. 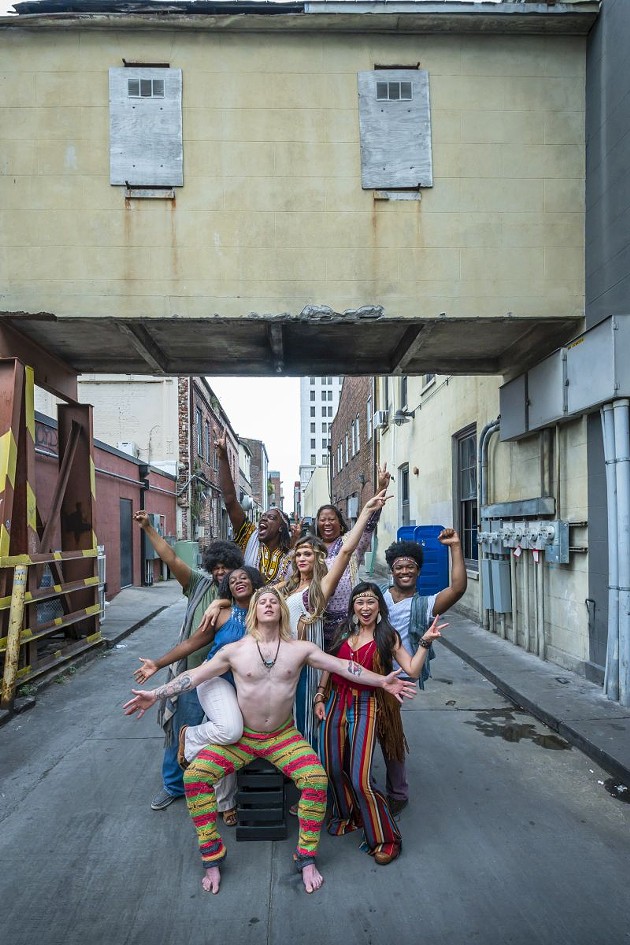 The musical sparked controversy upon its release, but it would ultimately prove to be a classic thanks to its radical subject matter for the time as well as the timeless music that spawned several hits.

It remains a popular show to this day, with Bay Street Theatre being the latest to tackle the powerful show. Their show upstairs at Club One will run for three weeks, starting August 2.

Ahead of opening night, we spoke with Bay Street Theatre’s Chris Stanley about the legendary show.

For people who are unaware, explain what this show is about. It has a very significant legacy.

Stanley: Yeah, absolutely. It’s interesting to me because I wasn’t as familiar with it before we started. It takes place in the late 60s and it’s this group of young hippies that are living their lives at a time when the Vietnam war is going on. I’m playing the character of Claude, who has been drafted and has received his draft card.

It’s one of the first musicals, as far as I know, that didn’t really have a very detailed and pinpointed plot. It’s kind of like some of the song cycle musicals that you see where there’s this loose plot.

They fine tune it more in the movie and then modify it a little bit, but I really like that you’re just kind of experiencing their lives in various periods and various ideas around that time. I think that with Claude, you get a little bit more of a timeline of events. He’s been drafted, and he’s struggling with whether or not to go. 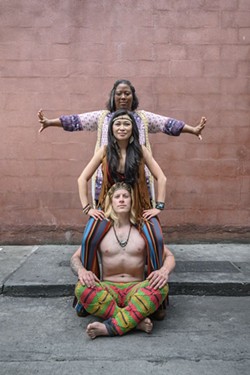 The songs in this show maybe are the most well-known aspect of Hair. Tell me about some of the songs and Bay Street's approach to them.

Stanley: Admittedly, when I first listened to the soundtrack, it kind of had to grow on me [laughs]. There's "Good Morning Starshine," and when I first heard the lyrics it was like, "What is this?" [laughs].

But as you get into the character and the spirit of the show, it really grew on me and now it’s one of the songs that I can’t get out of my head. I really wasn’t familiar with all of the songs, but of course knew “Age of Aquarius” and always heard the “Let the sun shine in” theme that shows up.

James Rado, the co-creator and writer, was a pretty talented musician. I went into this thinking that it was going to be pretty straightforward rock and roll music the whole way through, but there’s a lot of really interesting styles in there.

There are acid rock songs, bluesy stuff, R&B—there really is a lot.

Stanley: Yeah. And the content that the songs address is a lot more edgy than I thought it would be. There’s the song “Colored Spade,” and Thomas Houston plays the character Hud in our version. It’s this black character going over all of the derogatory words that you could call a black person. It’s a very touchy song. It deals with a lot of sensitive topics, so it’s a really interesting musical. The style of music, the lyrics, and the topics they cover—talking about homosexuality in the 1960s was pretty much unheard of.

Who’s in the cast of the Bay Street production?

Stanley: There are a few Bay Street veterans in this production. Travis Coles is in it, and Trey Norris is the stage manager but he got roped into being in it as well [laughs]. Thomas Houston is in the show, too. When I was at SCAD in 2001, I was in a production of Evida with this guy Jared Parker. He's in the show now, so we're acting together again after 18 years.

There are a lot of great folks in this show. It’s a really great cast, and it’s one of those casts that immediately felt like a family within the first couple of rehearsals. That’s always a great feeling.