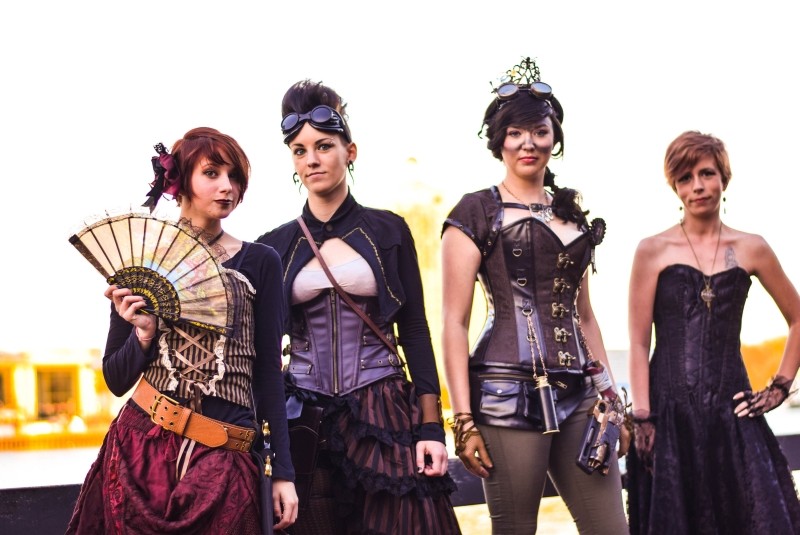 FOR the second year in a row, Chris Cook is bringing back an old Savannah tradition (it ain’t tea on the porch).

“Goth Nights at Club One in the early 2000s were very successful,” Cook says. “The Goth scene was quite large, but the people involved were very close to one another. Many were students at SCAD. The event also drew other people into the mix who might not consider themselves “Goth” but appreciated the music and comradery.”

The event eventually teetered off—SCAD attendees graduated and moved away.

“When that happened, the tightly-knitted group became splintered without its leaders, and very slowly dissipated,” explains Cook. “Goth Night continued on for years, but it never reclaimed its former glory and it was eventually cancelled.”

Ah, but the glory days are back—for one night, at least! Cook’s working hard to bring back the original flare and vibe of the early 2000s Goth night.

“When I revived this event, it was very important to me—and to many of the people involved—that we have the event at Club One, and we bring back as many resident DJs from that time as possible.” He says. “I’m glad to say that most of our DJs are returning, so plan on hearing a lot of music that was played at the club back then. They will also be playing current music as well including industrial, dance, darkwave, Goth classics and more.”

This year comes with a theme: steampunk. Costumes are encouraged, but not required; any and everyone dressed in theme scores a discount on the cover charge and drinks.