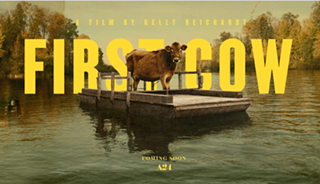 For years CinemaSavannah has been bringing interesting foreign, arthouse, and independent films to film fans in the Savannah area.

Since 2003, the organization have hosted screenings at numerous locations including the Muse Arts Warehouse and Jewish Education Alliance, before finding a home at the Savannah Cultural Center, bringing mostly new releases that would not usually play in local commercial theaters.

Even during the pandemic founder and director of CinemaSavannah, Tomasz Warchol made it possible to offer some screenings virtually but that proved to be a struggle at times.

“I offered some virtual screenings for the first few months but then gave up due to low numbers. I am glad it’s just my business hobby, not my day job,” said Warchol.

Now, nearly two years after their last live screening, they are back with in-person screenings.

“We returned to in-person indoor screenings in November through partnership with Gingerbread House, our new venue where we hope to continue showing two films a month,” said Warchol.

The Gingerbread House is owned by Jennifer Jenkins, who also owns Foxy Loxy. Warchol expressed how beneficial this new partnership is because of the large social media presence Jenkins has, hoping this will introduce CinemaSavannah to a more diverse audience.

“On December 16 we are returning to the Savannah Cultural Arts Center, our primary venue with a screening of First Cow. We will continue with alternating Fridays starting in January,” said Warchol.

“First Cow” is a drama film directed by Kelly Reichardt, from a screenplay by Reichardt and Jonathan Raymond based on Raymond’s novel “The Half Life.”

“Kelly Reichardt’s new and arguably greatest film was frequently named the best film of 2020. We are very happy to show this masterpiece on the big screen and celebrate our return to in-person screenings,” said Warchol.

The film follows two travelers, on the run from a band of vengeful hunters in the 1820s Northwest, dream of striking it rich but their tenuous plan to make their fortune on the frontier comes to rely on the secret use of a landowner’s prized dairy cow.

The film is the winner of 24 critics’, numerous festival awards and 124 nominations. See the film on Thursday, December at 7 p.m. at the Savannah Cultural Arts Center. The box office opens at 6 and tickets are $10, the group said cash is preferred.

It is encouraged to be fully vaccinated if you are attending and mask are advised for those who do attend. Tickets are not sold in advance and seating will be capped at 60% capacity.

The best way to find out about things coming up from CinemaSavannah is to join their email list by emailing cinesavannah@att.net 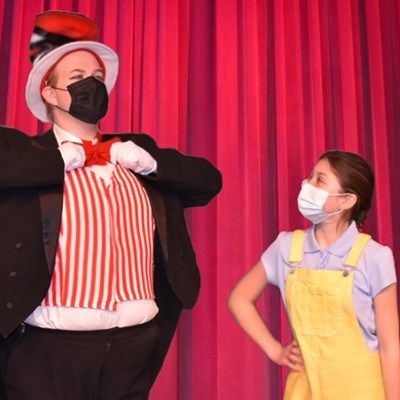