Green me up, County

Money might be what's holding green initiatives back in Chatham County 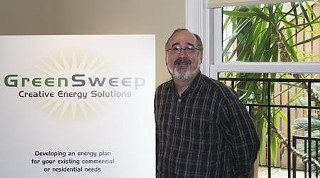 It's been two years since the Chatham County Commission declared its intention to become the "Greenest County in Georgia." While the rate of progress has hardly been staggering, work is ongoing to achieve that goal.

"Chatham County may already be the greenest county in Georgia," says Pat Shay who is a County Commissioner and the Chairman of the Chatham Environmental Forum. "But we need to be a lot more responsible and a lot more progressive if we're going to survive."

Next week, Shay will address the local chapter of US Green Building Council at their monthly meeting. He'll deliver a talk titled "The Truth about the Greenest County in Georgia," which will explain some of the county's goals and initiatives.

"The first truth is that we are the oldest county in Georgia," says Shay. "When Gen. Oglethorpe got here, the native Americans in Chatham County were so low impact on the environment that you almost can't find evidence of their existence. We need to think like Oglethorpe and act like Tomochichi."

At the County Commission meeting last Friday, taking steps toward sustainability was one of the items on the agenda. The board voted on committing to becoming a bronze level member in the Partnership for a Sustainable Georgia, a program created by the state's Department of Natural Resources. The bronze level is the entry point for organizations, who, according the program's website, "are just beginning to develop proactive environmental policies, procedures and educational efforts."

Chatham would be the first county in the state to become a member of the PSG, according to Shay.

Also on the agenda for last week's meeting was a request for approval of a "Notice of Intent" to seek the county's allocation for Qualified Energy Conservation Bonds. The QECBs are federal tax credits given to local governments that act theoretically as loans with zero percent interest intended to help develop renewable energy projects.

At the moment, the courthouse and the jail are the two largest consumers of energy under the County's jurisdiction, costing taxpayers upwards of $1 million per year. The installation of solar panels would not only help reduce energy costs, but would also ensure increased energy security, providing back-up power in case of severe storms or other long-term grid outages.

The national economic crisis has definitely inhibited further development of some of the sustainable practices the county would like to put into action.

"During a recession, it's kind of hard to do everything we want to do," explains Shay.

One of the thorns in the side of the County's green reputation has been the ongoing debate over curbside recycling in the unincorporated County. Savannah, Tybee and Garden City have all put successful curbside programs in place.

Last Wednesday, the group Citizens For Curbside Recycling held a press conference in the Bull Street Public Library giving an update on the progress of their petition and outlining the proposal they sent to the County Commissioners, the Chatham Environmental Forum and some faculty at local colleges.

The CFCR is the group responsible for the petitions that have been posted at various local businesses urging the County to adopt a curbside program. To date, the group has collected approximately 12,000 signatures. Their goal is 16,000, which would be sufficient to put a referendum on the ballot during the next election. At their current rate, they expect to have the necessary number of signatures by February, well ahead of schedule to complete the petition process by Earth Day 2010.

The County does curbside pick up of yard waste in the unincorporated area, but does not pick up garbage or recycling.

"The county is already in the business of curbside pick up," says John McMasters, a member of the CFCR, and a former County Commissioner. "They're just not picking up everything they could be."

Besides showing off over 700 pages of signed petitions, the CFCR discussed the elements of the plan they submitted to the county, which includes modifying the county's existing fleet of dry waste trucks, purchasing containers for unincorporated county residents and then alternating weeks between dry waste and recycling pick up. The total cost of their plan would be about $1 million.

The group also presented the findings of a study they undertook, looking at the participation rate for dry waste pick up, and found that it averaged out to be approximately 18 percent. Despite the relatively low participation rate, residents of the unincorporated county pay a monthly fee for dry waste pickup, something that used to be funded by property taxes, a contentiously debated issue resolved during Commission meetings in June of this year.

During the press conference, CFCR member Karen Grainey explained that by adding recycling to the pick up schedule it would "equalize the services" for residents, and give them a better value since they are already paying it.

"They've done a lot of homework and I applaud them for doing that because it's informed me as a commissioner about some alternatives that we ought to be exploring," says Shay.

Members of the CFCR are hoping that they can motivate the County to take action without having to wait for a ballot referendum.

"Two years ago they created a resolution to be the greenest county," says CFCR member Stacey Kronquest. "We want to help them."

Pat Shay will speak at the USGBC meeting on Tuesday, October 27 at 5:30 p.m. at Wild Wing Cafe. For more info on the Citizens For Curbside Recycling, visit www.recyclechatham.org