Where can you take your family to ride your bikes safely? A completed Coastal Georgia Greenway would provide an answer 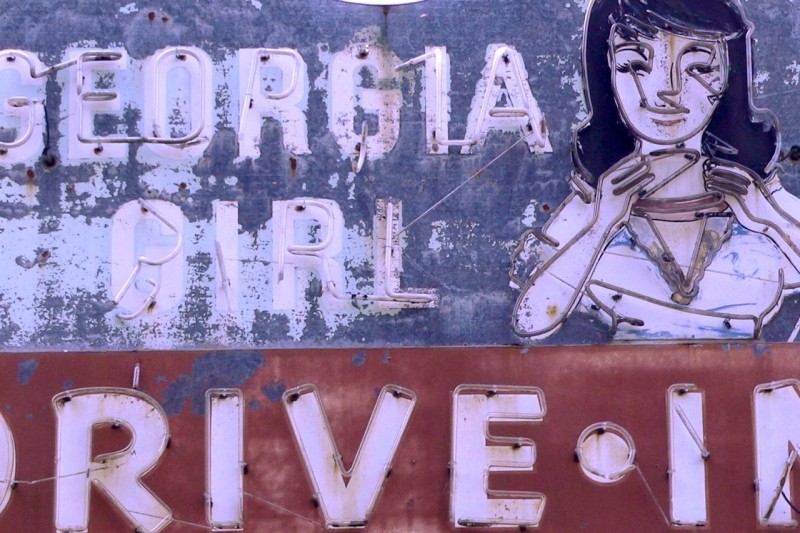 John Bennett
Businesses like the now abandoned Georgia Girl Drive-in in Woodbine once greeted vacationers traveling to Florida on U.S. Route 17, which opened in 1927 but became a back road when I-95 was completed in 1980. The proposed Coastal Georgia Greenway would bring two-wheeled tourists and provide recreation, transportation options and jobs..

FOR A magazine assignment more than a decade ago, I picked up a noted expert on commercial architecture and design at a hotel in Savannah and we drove south on U.S. Route 17.

John Margolies — author of books including The End of the Road: Vanishing Highway Architecture in America— wanted to revisit the Coastal Highway, which he hadn’t traveled in many years.

And maybe shoot some photos. I would write about our trip. He never took his camera out of the trunk. There was nothing left to photograph, he said.

The completion of Interstate 95 in 1980 siphoned away the vacationers who once motored down to Florida, passing through Midway, Darien, Woodbine and other towns and spending money along the way at motels and motor courts, restaurants and local attractions.

In a conference room in Richmond Hill Sept. 21 elected officials, citizens and business owners from six counties pleaded with state legislators to support a project, which would bring much-needed visitors back to communities along Highway 17.

The committee, co-chaired by Savannah’s Rep. Ron Stephens and Sen. William Ligon of Brunswick, also listened to a presentation by Armstrong State University economist Dr. Michael Toma on the considerable economic impact of walking and biking trails in other states.

Terry Landreth is acutely aware of how those trails benefit other regions. The busiest days at the Camden Bicycle Center, the bike shop he owns in St. Marys, are Thursdays and Fridays when customers come in to get set for weekend trail riding. Unfortunately, they are driving to trails outside of Georgia.

As a business owner, Landreth could be expected to support a project that will bring more customers to his store, but he does not just see dollar signs. It’s also about safety.

“My community is unsafe for pedestrians and bicycling,” he said. “Our neighborhood is not connected to parks or other points of interest. I cannot enjoy the place I call home. Maybe these are perceptions to some people, but when people load up the family to go to another community to enjoy a family activity, perception becomes reality.”

In 15 years in the bicycle business, Landreth said the No. 1 question he’s asked is, “Where can I take my family to ride our bikes safely?”

A completed Coastal Georgia Greenway would finally provide an answer.

Other comments suggested the greenway would improve public health and provide viable transportation to attract new employers beyond the tourism sector.

We also have much to gain in Savannah, where national bicycle touring companies, including Vermont-based industry giant VBT, are currently operating. These tours deliver affluent visitors to our city, but because vans are used to bring the tourists and their bikes into town, they don’t have the chance to fully explore Savannah. The greenway would allow self-supported bicycle tourists to linger as long as they like. And spend more money.

Hickson said she was pleased with the outcome of the meeting and grateful for the grassroots support.

“It is this local participation that I have worked through the years to establish, and why I remain optimistic about the project’s completion,” she said. “The committee provided ample time for public comment and heard from a variety of people from all of coastal Georgia who addressed issues about the need to build the trail to allow locals to exercise daily, to the need for the trail to provide a new destination tourism activity, distance cycling, and its expected economic benefits to the region.”

At present 24 percent of the greenway has been built or funded.

“Earlier this year, we learned that the study committee resolution was unanimously adopted in both the Georgia House of Representatives and the Georgia Senate,” Hickson said. “It seems that the time has come for the vision of a connected greenway in coastal Georgia to become a reality,” she said.

The committee meets again in November.