Narobia’s on Habersham returns with food for heart and soul 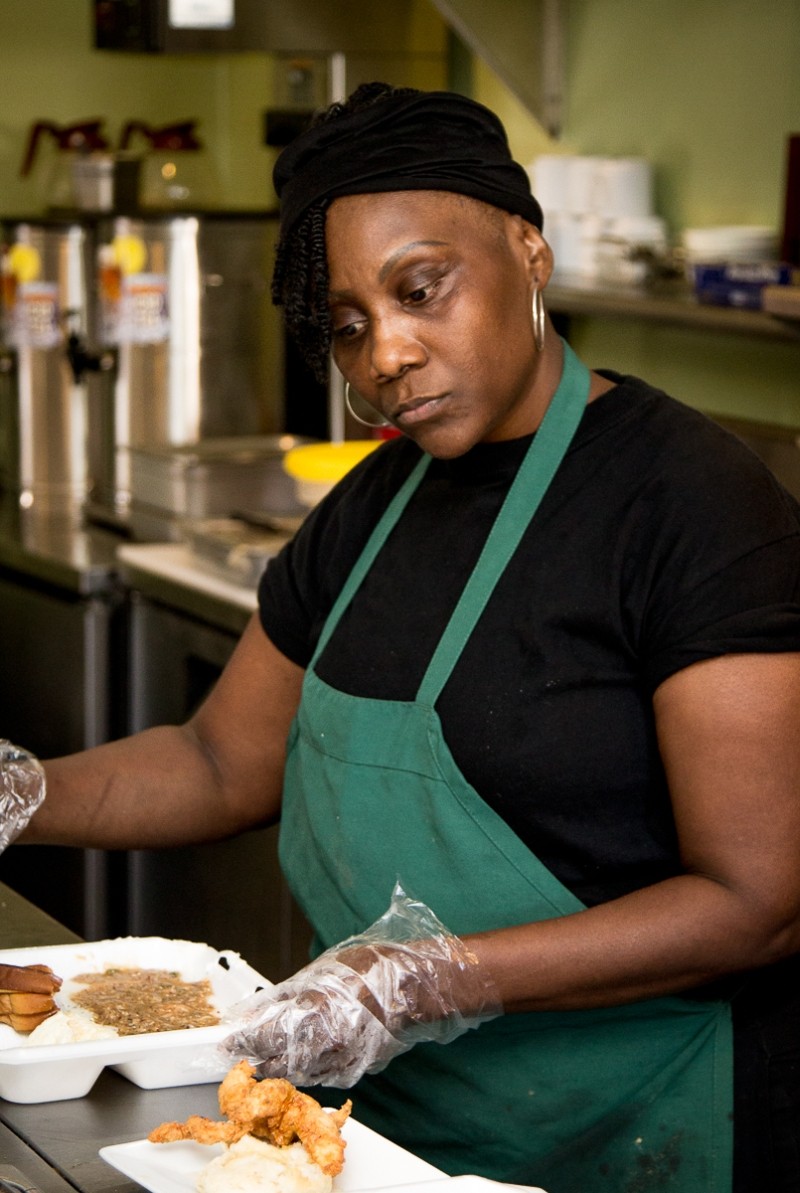 Any morning except Sundays, you’ll find folks lined up at Narobia’s Grits & Gravy, patiently waiting to place their orders at the register.

Every time owner and head cook Renée Reid announces, “order up!” someone’s face lights up like they just won a prize.

“Ooo-eee, this smells good!” grins one happy customer as Reid hands him a stack of to-go clamshells. Everyone else nods and smiles, knowing their turn is coming.

Lately, the queue has been longer and more excited than usual, as Narobia’s recently re-opened after a several-month hiatus. The lapse caused a small panic among loyal customers, who seem to be ordering double to make up for lost mealtime.

“We weren’t gone, just away for a minute!” 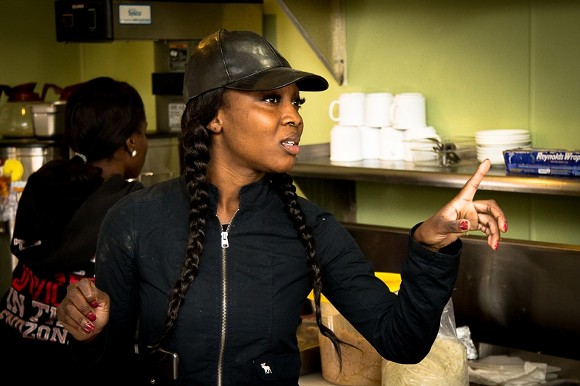 The soul food restaurant on Habersham has been steadily serving up breakfast and brunch fare since 2010 and was in need of serious upgrades, says Sieda, and it was easier to shut down and do them all at once. In the interim, the family decided to shut down its other location on Ogeechee Road for good and focus on midtown.

New paint, tile and stainless steel all gleam in the open kitchen, but the menu remains the same—much to the relief of the folks in line.

Narobia’s signature creamy grits—served from a massive pot and doused in seasoned gravy—accompany the breakfast plates ($6-9), which also come with a couple of eggs-how-you-like-‘em and a steaming biscuit. Omelets, hotcakes, and French toast keep the crew busy all morning, followed by sandwiches ($2.50-5.50) and mixed green salads ($8) come lunchtime.

For sure, such traditional comfort food is good for the soul, but it’s usually not so easy on the ventricles of the heart with its reliance on pork fat to flavor those favorites dishes. But Narobia’s has the distinction of being completely pork-free: The gravy’s tasty kick comes from nothing but Renée’s special combination of spices, and the only kind of bacon you’ll find here is turkey.

“We’re striving to help people make healthier choices,” says Renée, who is not revealing her special secret to get her turkey bacon perfectly crispy.

“We need to become more moderate in our eating habits, and we want to help people adapt.”

Judging from the bustle, no one seems to miss the extra cholesterol. Dominating the menu instead are beef, lamb and seafood entrées, including tilapia grilled or fried ($8), wild salmon filets ($8.95) and crab stew ($8), developed from the years Renée put in at Palmer’s Seafood on Wilmington Island.

“Got to give credit there,” she instructs. “That’s where I learned all my sauté skills.”

About half of Narobia’s customers take their food to go, and the rest settle into a few tables and the row of booths along the wall. There’s additional seating on the covered deck out back, another part of the new upgrade.

But in the midst of recovered seats and shiny new appliances, one of Narobia’s most important traditions endures: Thanksgiving morning, Renee, Sieda and the rest of the Reid family will come in early to prep free meals for all.

That’s right: No one gets charged for their orders, which means the line will be longer than usual.

It also means a long day for the cook, but she doesn’t mind at all.

“I’ve always made a big breakfast on Thanksgiving. It started out years ago as a way to keep my kids at home and as a tribute to my Grandma Lucy, who loved to gather up everybody,” says Renée.

“Now it’s a way we can give back to the community. We’re just really grateful to be here.”