Guns, butter and the Ogeechee?

King America Finishing continues to discharge into the Ogeechee River without a permit from the EPD.

The latest attempt to keep King America Finishing from polluting the Ogeechee River has been thwarted in Spalding County Superior Court.

On Feb. 26, attorneys for the non-profit environmental advocacy group Ogeechee Riverkeeper (ORK) filed a judicial request for a "writ of mandamus," a court order that commands a government official to fulfill his/her official duties. The writ was filed against Georgia Environmental Protection Division Director Judson Turner to force him to shut down the Sylvania textile finishing company that has been discharging waste into the Ogeechee River without a permit since 2005.

On March 13, Judge Christopher C. Edwards ruled against the mandamus action, saying that Director Turner "acted reasonably" and fulfilled his obligation under Georgia law to "conference, conciliate and persuade" KAF to clean up its wastewater. He also determined that as director, Turner retains the discretion whether to make KAF shut its doors or not.

"The legislature and the Director are both authorized by law to make these 'guns or butter' decisions," wrote Judge Edwards in his final judgment, referring to the polluting effects of industry measured against its economic benefits. KAF employs 450 people at the finishing plant that produces fire retardant clothing for firefighters and the military.

Don Stack, part of ORK's legal team, finds the logic of the judgment difficult to comprehend.

"With all due respect to Judge Edwards, we think he's wrong," says Stack. "If a police officer stops a person for speeding, it's at the discretion of the officer to issue a ticket. But if the driver doesn't even have a license, that cop has no choice but to take that person off the street."

After 40,000 fish were found floating belly-up in the Ogeechee River just down from King America Finishing's discharge pipe in May 2011, the EPD found that KAF had been discharging ammonia and formaldehyde-laced effluent from two lines of fire retardant materials without a permit for over five years. The EPD ordered KAF to cease operations for a few days then allowed it to resume manufacturing while a proper permit was prepared. A 2012 draft of the permit was challenged, and an official version has still not been issued.

In spite of the lack of an official permit, Assistant EPD Director Jim Ussery insists that KAF has complied with regular testing of its discharge.

"This is the most highly-monitored discharge in the state," says Ussery. "It's tested weekly, sometimes daily, at the pipe and in the mixing zone."

At the beginning of the case, EPD Watershed Planning and Monitoring program manager Dr. Elizabeth Booth testified to "the extensive measures" that KAF has implemented since the discovery of the fire retardant lines. Booth verified that the discharge is "neither toxic nor violating water quality standards." Ussery explained that the revised permit, expected to be introduced in May for public comment, will also make allowances for changes in river flow, requiring KAF to cut back on production when the water is low.

As for the mandamus judgment, Ussery agrees with the judge's decision that Turner acted responsibly by enjoining KAF to comply with water quality standards rather than force it to stop operations altogether.

"He made sure the discharge was safe rather than take an action that would have shut down the plant and put people out of work," he says.

Ussery added that while the EPD appreciates the economic interests of the situation, its abiding objective is the same as that of the Riverkeeper: "Our number one consideration is making sure that water is safe."

If that's the case, wonders ORK Executive Director Emily Markesteyn, why doesn't the EPD publish the test results on its website?

"Every time we've tried to get information from the EPD about the results of all this testing, they tell us to file an Open Records request," says Markesteyn. "You've got to wonder whose side they're on."

(According to Markesteyn, who attended the mandamus hearing in Spalding County, several executives from KAF were in the courtroom sitting directly behind Director Turner during the proceedings.)

She also points out that by the time toxic chemicals are detected in the discharge, the damage has already been done.

"Once it's reached the pipe, it's too late," she says. "We want to see failsafe technology in place that would stop a dangerous discharge before it reaches the river."

While such technology does not appear to be in the works from KAF, there is new legislation in the Georgia Assembly pertaining to water pollution emergencies. Known as the Emergency Water Response Act, House Bill 549 clarifies emergency response procedures and places the responsibility of informing the public and initiating corrective action squarely on the EPD.

Stack criticized the bill, saying that while it clarifies procedure, it does not provide any means for enforcement. Though it may not punish polluters, Markesteyn calls it "a step in the right direction."

HB 549 was in the hopper before the GA adjourned this week and is expected to be voted on next session.

They may have lost this battle, but ORK and its attorneys still have plenty of fight left. Stack says he and his colleagues plan to appeal the mandamus ruling as well as keep pursuing other paths of legal recourse, including a pending lawsuit against KAF filed under the federal Clean Water Act. While handing down his verdict earlier this month, Judge Edwards told the plaintiffs that their federal lawsuit is the "proper remedy" for recourse against KAF rather than the mandamus action.

"Here you have the regulators who are supposed to be enforcing the state law, but the judge seems to be suggesting that it can only be dealt with at the federal level. It's ridiculous," sighs Stack.

While Stack, Markesteyn and others realize that shutting KAF down for good is unrealistic and not in the best economic interests of the community, they are committed to holding the company — and EPD Director Turner — to their promises of transparency and safety regarding the Ogeechee River.

"I want to be able to look the people who live on the river in the eye and say yes, there may be a discharge, but it's being regulated," says Stack. "That it's safe and it's not going to cause harm to the environment or people's health." 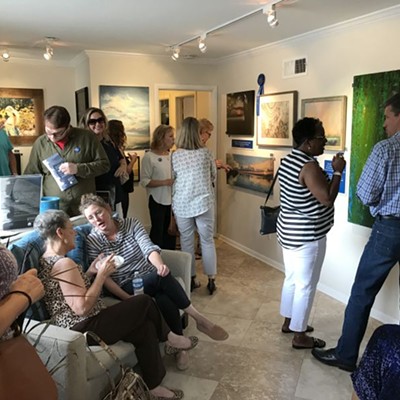