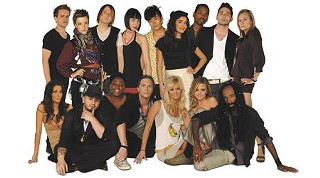 No matter what Mitchell Hall is doing or where he is in life, he will always believe in fashion and Savannah.

The Melbourne, Florida native and now creative director of BleuBelle Boutique on Broughton Street has studied theatre and art history, attempted to work for a magazine in Manhattan and most recently became a contestant on the sixth season of the Lifetime Network's Project Runway, in Los Angeles. When it boils down to his greatest passion, however, it is styling women in the city he now resides.

"It's humbling to know that women in Savannah come to me for my opinion on clothes, whether it is choosing an outfit for church or for a debutant party," said Hall.

And with his latest project, as one of sixteen ambitious designers on the uber successful reality television competition, Hall's reputation as a trusted stylist will certainly grow.

The filming took place last summer and the final three contestants presented their completed lines at New York Fashion Week in Bryant Park last February, with a final prize of $100,000 and a fashion spread in Marie Claire magazine. Though the winning designer will not be announced until weeks after the show premieres on August 20, Hall has plans for a more substantial future than profiting from the short-term prizes of being a TV personality.

"I see Savannah as really becoming a fashion destination," he said.

With stores like Marc by Marc Jacobs and Urban Outfitters sprouting up recently, and the growing community of artists at the Savannah College of Art and Design, Hall said that the fashion market in the "amazing, charming and magical town" of Savannah has the potential of becoming a fashionista's dream, similar to SoHo in New York City.

"Hopefully BleuBelle will be the new Neiman Marcus of the South, with the store growing to Atlanta and Tennessee," said Hall. "The sky is the limit with what we can do."

Hall's journey to the place as one of the city's "fashion elite" was unconventional, as a small-town boy with dreams of becoming an actor. Towards his junior year at the SCAD, however, Hall had a change of heart.

"With everything I've done, I always came back to fashion," said the 26-year-old "When I wanted to write, I wanted to write about style. When I looked at seventeenth or eighteenth century paintings, I was curious about the clothes the subjects were wearing."

He received an internship at a fashion magazine in New York after school, but declined the offer after realizing that the "life of a fashion journalist was not very glamorous."

Hall bought a dog and a home in the Historic District and worked hard at BleuBelle. After a few years, his talents earned him more responsibility and the job as "the face" of the store, attending social events as a representative of the trendy boutique.

On the eve of his fifth year at the store, Project Runway came calling. His boss recommended him as a designer in the area, and before long, Hall was off to Los Angeles as a contestant.

And though Hall's notoriety is sure to grow exponentially in the next few weeks, the young designer remains humble about the opportunity to become a reality star. Admittedly, he has never seen the show before and is apprehensive about watching it now that his name will be in the credits.

"When you work in fashion all day long, the last thing you want to do is turn on the TV at home and watch other designers having an anxiety attack about getting their design down the runway," said Hall. "I think I'll let my friends watch it first and see what they have to say."