Harrelson, Clarkson to be honorees at Savannah Film Festival

Patricia Clarkson, in a scene from Woody Allen's "Whatever Works," which will be screened at the Savannah Film Festival.

Clarkson is one of those character actors whose name you might not know, but whom you’ll immediately recognize. She was the cancer-afflected warden’s life in The Green Mile, TV news writer Shirley Wershba in Good Night, and Good Luck (her character was secretly married to Bob Downey Jr.’s character, remember?) and was unforgettable in Pieces of April, Lars and the Real Girl, Far From Heaven and Woody Allen’s Vicki Christina Barcelona.

In fact, Clarkson co-stars in Allen’s Whatever Works, which will be screened at the festival. She’s to receive an Outstanding Achievement in Cinema award.

With his new film Zombieland just in theaters, one-time Cheers star Harrelson is getting the same award, and will screen his next movie, The Messenger. The film also stars Ben (3:10 to Yuma, Alpha Dog, X-Men: The Last Stand) Foster, who’s being honored by SCAD as well.

Harrelson, of course, most recently starred in A Prairie Home Companion, and had a brief but memorable role in No Country For Old Men.

Rossum, SCAD’s Young Hollywood Award winner, came to prominence in the big-screen musical version of Andrew Lloyd Webber’s The Phantom of the Opera, and was one of the few bright spots in the sinking ship known as Wolfgang Petersen's Poseidon.

Jeremy Renner, who had a small part in the underrated The Assassination of Jesse James By the Coward Robert Ford, will receive the Spotlight Award for his performance in The Hurt Locker, which will also screen at the festival. Scott Caan (Ocean’s 11), the writer and star of Mercy, one of the festival’s competition films, also will attend.

Oh, yes … there are a lot of cool-looking films scheduled for screenings, out of 525 submissions from 37 states and 27 countries. There’ll be workshops throughout the festival, on cinema techniques and production.

The full schedule of the featured films will be made this week. 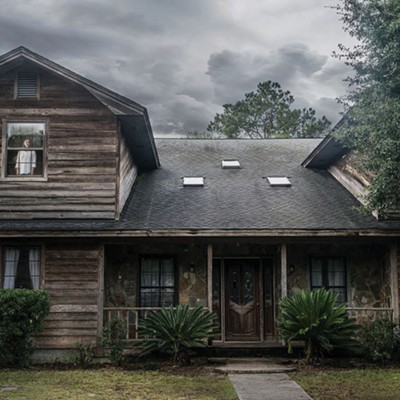