Harry Crews, in the wild

A Feast of Crews: A Harry Crews Evening of Books, Film and Art sponsored by The Book Lady Bookstore, Psychotronic Film Society and Roots Up Gallery

Doors open 7:30, talk begins 8 PM with film following. Tickets on sale at The Book Lady Bookstore and Roots Up Gallery, both at 6 E Liberty St. Tickets also available at

HARRY CREWS was novelist, poet, professor, reporter, screenwriter, Marine, and barroom brawler all in one.

The hard-drinking writer and journalist helped break new ground in Southern literature in the ‘60s and ‘70s, when rebellious iconoclasts were the order of the day and people wanted raw authenticity and real, honest voices.

Born in Georgia and growing up poor in Jacksonville, Fla., Crews attended the University of Florida in Gainesville on the GI Bill after coming back from the Korean War. At the height of the ‘60s counterculture, Crews returned to UF, this time as a professor. His highly theatrical teaching technique was so popular students lined up for blocks to sign up for his classes.

In addition to 15 novels, including A Feast of Snakes, and several essay collections, Crews reinvented himself as a gonzo journalist in the mold of Hunter S. Thompson, with brief forays into writing movie scripts.

His personal life—including divorcing, remarrying, and divorcing again his wife Sally—was always tumultuous. But nothing was the same after the drowning death of their young son Patrick.

While Crews, who died in 2012, did write a memoir, up until now there has been no complete biography of him. That situation has been remedied by Ted Geltner, writer of Blood, Bone and Marrow: A Biography of Harry Crews.

Geltner will be on a hand for a reading and signing at The Book Lady this Friday, complete with screening of the Crews documentary Guilty As Charged. We spoke with Geltner last week. 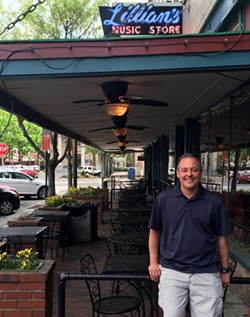 I guess Crews is part of that triumvirate of ne’er-do-well Georgia writers from about the same time: Pat Conroy, James Dickey, and Crews.

Ted Geltner: Oh, he's right up there, especially with Dickey. They were pals. And both had to be carried out of bars on regular occasions.

All those guys are real outsider types. They were contemporaries who often wrote about the same sort of material.

The voice in Crews’s fiction and outlook was something new. Looking back, you can say, “Here is the first guy who really took Southern literature into the modern world, of the ‘60s and ‘70s.”

He looked at it from a modern perspective. He was more of a working class Southerner. And of course he included many Southern Gothic elements. By combining all that he created a new voice in Southern literature.

Harry was very aware of Hunter S. Thompson, and sort of followed his lead by going in to journalism. I can see that comparison for sure. That was a time in American literature when you had a lot of anti-establishment writers, who lived their lives as part of a whole persona.

You could also put Norman Mailer in that group. And Charles Bukowski. And of course Harry admired those writers and knew some of them.

Some of your stories about Crews are crazy. You write about him reading a student’s short story mentioning oral sex. He tells her, have you ever done this? She says no, and he says, “Never ever write about anything you haven’t witnessed or done.” I realized there will never again be a time on an American college campus when that scene can happen like that.

So many things, you’re like, how did he get away with this stuff?! Some old department heads from back in the day will say, yeah that’s just the way it was.

I’m like, what do you mean he didn’t show up for months at a time and was drunk in class? Times have changed!

The funny thing is, I could have written so much more. There is apparently an endless amount of Harry Crews stories out there. I’ve heard as many of them from people since the book was published as I was able to include in the book itself.

Did Crews worry about his persona becoming more important than his own writing?

Harry was definitely concerned with his reputation as a wild man. He was worried that would overshadow his work. His whole being was the importance of his novels.

Now, once he achieved that level of notoriety, he also used it to his advantage. He used it to get film deals, get screenplays green lighted. His whole journalism career played off that.

Crews could also be horribly abusive. You don’t shy away from that.

Clearly it was rough to have a relationship of any kind with him. His family, his romantic interests, people he worked with —everyone would say it’s hard work to be around him. He had a hair-trigger temper, he was always getting in fights. It was sort of a given that if you hung around him long enough you’d inevitably be sucked into some weird situation, usually involving the police or a barroom brawl.

This weekend's event features a reading, signing, and documentary presentation.

How much of this syndrome of macho, wild-man Southern writers is a reaction to the South’s essential anti-intellectualism: “I may do sissy stuff like writing poetry but I’ll show you what a real man I am,” etc.

Harry always put writers on a pedestal. He always said, that’s what I want to be, that’s the coolest thing. Even as an undereducated poor teenager he came about the Hemingway ideal of a writer. Now, when he was among his family and people where he grew up, among sharecroppers, he would almost apologize. He’d say, “I’ve become a writer instead of getting my hands dirty.”

So what’s in store this Friday night at Roots Up, upstairs from The Book Lady?

It’s going to be a really cool event. After the reading and signing, we’ll be showing a documentary about Crews called Guilty As Charged. Tom Thurmond made this film about 20-25 years ago, when Harry was still wiring.

There are a few documentaries out there that deal with Crews. This one was his favorite. He had the poster in his living room. It showed him behind bars. He thought it was really cool.

Speaking of Roots Up Gallery , The Book Lady Tore 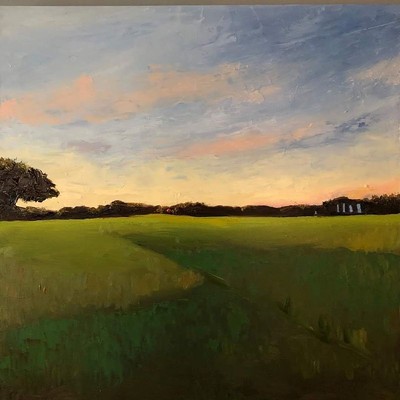