Over 54 million people worldwide have either seen the movie or live stage performance of the smash-hit musical, Mamma Mia. If you’re in Savannah through March 26, you can take in the live show at the historic Savannah Theatre, featuring a plethora of local Savannah talent to get you back into the swing of things.

“With the past almost two years being so crazy and not being able to do live shows, we felt like things were starting to be normal again and the time was right for this musical,” said Matt Meece, one of the co-owners of the theatre.

“We thought, ‘Why not start the season off with a bang and a popular show everyone knows and loves?’”

Thus, plans were set into motion for bringing back the popular “Mamma Mia!” musical, running at the Savannah Theatre Feb.25 – March 26.

“Mamma Mia!” is the story-telling magic of ABBA’s timeless songs that help propel the tale of love, laughter, friendship, and family in the beautiful setting of a Greek isle. A mother. A daughter. Three possible dads. And, a trip down the aisle no one will forget.

“This is a community theatre and we’d love to get more people involved, trying out, helping out. For 20 years, we’ve been casting ourselves in roles because we were the owners and we moved here and made this our life. Now that we’ve gotten a bit older, we don’t necessarily need to be the ones jumping around out front singing these songs when the audience would rather see 20-year-olds than 40-year-olds,” he said with a snicker. “We’re still doing our thing, but we’re also passing the torch to some degree. We have so much local talent here in this town. There are so many people who enjoy doing this and we encourage anyone who’s interested to get involved. So, we’re at a new stage and with every new show, we can look at new possibilities.”

“A lot of the main characters are being played by people we cast before the pandemic began,” Meece explained. “Because of comings and goings of folks in town, we were able to give the cast a fresh look. We’ve got some new, young talent that’s amazing.”

One such addition to the company for this run is a new transplant, Jessica Fishenfeld, who moved from New York due to the pandemic.

“She’s an incredibly accomplished singer and actress,” Meece said. “We [co-owners] met her over a year and a half ago and knew we wanted to work with her. She has this natural aura about her.”

“My husband, Scott Joiner, and I moved to Savannah from New York,” said Fishenfeld. “We’re both performers and as soon as we got to town, we wanted to get connected with the local theater owners, figure out what they’re working on, and get our names out there. We saw Michelle and Matt Meece [co-owners] in the newspaper one week and thought we’d reach out. I sang for them and knew I wanted to work with them on something.”

“When ‘Mamma Mia!’ came up, I knew there’s this great role for me, so they asked me directly if I would be interested. Luckily, I knew I was going to be in town the whole run and I happily said yes,” Fishenfeld said.

“Harber is a new face to our stage as he’s mainly been doing improv. This will be his first musical experience—singing and dancing. He’s a great actor and he’s really funny. He wanted to spread his wings and try something new.”

Harber remembered how he got involved in the production.

“I got a text message from my boss at Front Porch Improv where I’m a company member. I heard about the production of Mamma Mia! and I had wanted to be on the Savannah Theatre stage ever since I’ve been in Savannah, so I said, ‘absolutely.’”

Originally from Jacksonville, Fla., Harber joined the Army at 19, serving six years of active duty. He’d always wanted to be an actor, but never had the confidence to try before.

“I got stationed here in Savannah and then found improv while I was still in the Army, toward the end of my contract. I’m no longer active and am now in the Georgia National Guard. So, my acting started here in Savannah.”

Sean is part of the company at Front Porch Improv.

Meece said they couldn’t ask for better players in this production.

“Often, we’ll look to New York for feature talent, but for this particular show, we were able to cast completely locally, which was amazing. It also allowed everyone to bond more and get into the roles and what they could explore with them. It’s not only that they’re good enough, but they’re great at it, which is a testament to Savannah and how much talent there is here that we don’t necessarily have to bring people in because we have the talent ourselves. We want to expand more and use more people from the community.”

There are 18 actors taking on the roles of both young and old characters. In addition to the company players and new featured actors, there are high school dancers from the Savannah Arts Academy and the Gretchen Greene School of Dance, as well as several new SCAD students getting involved.

“While we’ve had a lot of SCAD students working in our box office or as ushers,” Meece began, “we haven’t had a lot of them in our shows. It’s refreshing because there are some SCAD performing arts majors in the show and they’re doing a great job.”

Jessica Fishenfeld feels comfortable as the character of Sophie even though it’s brand new to her. “I’ve never played this role before. It’s a first for me. It’s a funny story, but I had never seen the movie, Mamma Mia!, until I got cast in this role. Of course, I then watched the movie, the theatre’s last production, and I read through the whole script, so it was like a crash course on the classic.”

Mike Zeller, one of the co-owners of the theatre, had the idea of bringing this show back and thought Mamma Mia! would be perfect as the first show of the season when the tourists are coming back town, according to Meece.

“For the first time in 20 years, we’re actually doing a performance on St. Patrick’s Day night and we’ll have a float in the parade that morning to celebrate the return of live theater,” Meece said. “We’re hoping between locals and tourists, it will generate a lot of interest in the theater and our shows. We’ll also have the cast and others from the theatre riding along on the float.”

“I always tell people improv has affected every single aspect of my life because it has made me a better communicator. It has made me a more honest actor because the biggest thing about improv is listening. If you can’t listen and be a good improviser, you’re not going to be a good actor. I notice I listen to my scene partners a lot better. I take notes better. I’m getting answers from people that help make my communications skills so I can get across what I’m trying to share with others. People see the energy of improv.”

Fishenfeld, too, credits her operatic voice training as a positive influence in every aspect of her life.

“That singing perspective has informed almost everything I do in my life. I view myself as a storyteller. I’m someone who can hopefully elicit empathy and compassion from the audience. It’s my job to communicate effectively with them and make sure they’re understanding the messages we’re sending,” she said.

The emotional state of mind for a performer is always on high octane.

Fishenfeld said, “Oh my God, there is so much excitement from the rehearsal process to opening night. It was so fast and made me a little nervous because I hadn’t been y dancing and singing in literally two years since my off-Broadway debut in New York. Once opening night came, we were so excited and ready and I’m still glowing like we’ve already finished the run of performances. It feels new every night and there’s nothing else I’d rather be doing.”

Meece agreed about the importance of experiencing live theatre together.

“To able to you see live shows again is an important part of our lives. I mean, we all have forever entertainment on our screens, in our hands, and right in our faces all the time. This is different, though, because it’s a personal connection. It’s the live theater and being in the room with others and sharing the experience instead of just witnessing something alone on your screen. You get to feel the music and see the dance. It’s a personal connection with the theater, the performers, the audience, just everything. You can’t replace that feeling when you spend all day long looking at your phone. When it’s live, you’re part of it.”

Fishenfeld hopes this show can be a “true escape from all of the horrors we’ve been dealing with and simply focus on something totally fun and familiar with a happy ending. You may find yourself humming along and not even knowing it. I’m a happy camper if our audience leaves the theater singing and with a big smile on their face.”

“Our entire cast is full of talented singers, dancers, actors, and improvisers. One reviewer commented about the stellar cast that’s full of energy,” Harber stressed. “That’s what people should expect when they come to Mamma Mia. They’re going to have fun and there is no other option. When we come on to the stage, we’re bringing our fun energy and we want people to leave feeling like they saw a Broadway show. They’ll go home having that love and energy inside them. That’s what I love about Mamma Mia. It’s what I love about ABBA.”

What should the audience expect. Well… if you have to ask…

Harber said, “Honestly, if you don’t want to have fun, then don’t come to our show. When you come, you will feel the energy and feed off of it. We hear the crowd cheering at the beginning while we’re dancing and laughing. It almost feels like an interactive show because the audience sings along. It’s the perfect fun, smiling date night. I haven’t seen one person leaving disappointed.” 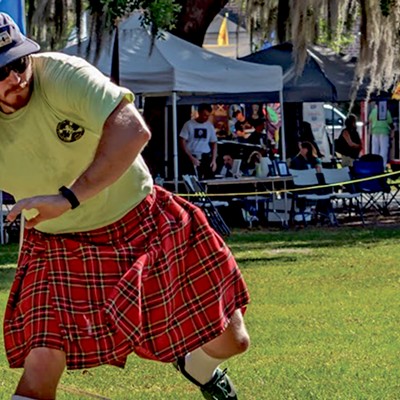 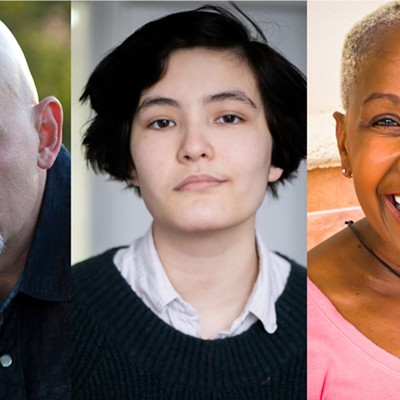