CHRISTINA ZANETTI is a classic case of an overachiever.

“I’m kind of a pessimist and I’m extremely hard on myself, and I never feel like I’m doing enough,” she admits.

If you’ve been keeping up with HAZA the past few months, that statement probably comes as a bit of a shock.

HAZA is showing work during Art Basel Miami, which is no small feat.

But for an overachiever like Zanetti, that’s just the start of what she’s trying to do.

“We did the Telfair Art Bash and I ran into a friend who works at the Telfair,” Zanetti recalls. “She was like, ‘You’re really doing it. You’re doing an amazing job.’ I was like, ‘I don’t really feel like I’m doing anything.’ But that’s just the way my brain works. I’ m never doing enough, and even if I am doing enough, it’s not good enough for me.”

Don’t get her wrong, she’s still excited, but this has been in her plan all along.

“I look at this as a stepping stone for what I want HAZA to become,” she says. “You have to partake within these art fairs, these bigger name art fairs, to get to where I want to be.”

The Southeast is drastically underrepresented at art fairs like these.

“[SCOPE] has been supportive and helpful and excited to have a gallery from Savannah, Georgia, included on the roster,” says Zanetti. “If you look through it, there’s a few [exhibitors] from Atlanta, but other than that, nowhere else in Georgia or the Southeast, really.”

That means that HAZA’s appearance is big for Savannah, too.

“I think the city is developing more,” Zanetti says. “With all the movie productions here, people want to come here more. There are so many creatives here and so many artistic people and spaces to visit, but no one really realizes that. I’m willing to front the money for the greater good, in a way. Not just for my artists, but for Savannah, for people to realize that, yeah, there is something going on here.” 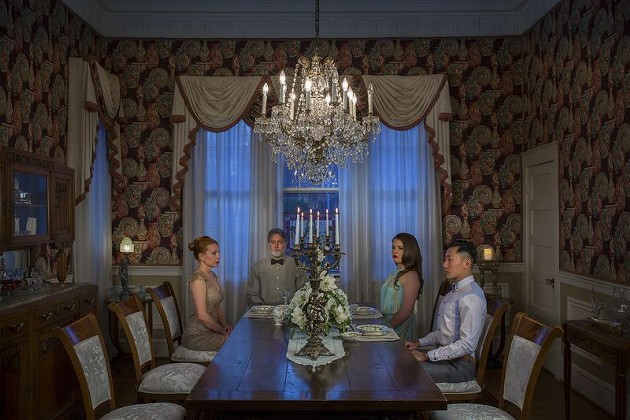 Zanetti’s willing to front the money, but she didn’t find the first offer SCOPE presented her to be fair.

“I talked them down like, $20,000,” says Zanetti. “I wasn’t willing to spend my money on this thing where we might go there. Yeah, the exposure is great, but we might not sell anything. Then you’re in the hole. I’m not willing to lose anything. For a brand-new business, I have to be wise with the finances.”

Ultimately, Zanetti negotiated for a booth in a prime spot.

“It’s a smaller booth, but I don’t care,” she admits. “We’re a first-time exhibitor at SCOPE during Art Basel. We’re a brand new gallery. They’re putting us right at the front of the fair, so when people walk in they see us. We’re right by the VIP lounge, and when people leave, they walk by us again.”

Zanetti embarked on the negotiation process with advice from a friend who’s been a gallerist for over twenty years.

“She told me from early on, ‘Stick to your guns and you can get a booth for next to nothing,’” she recalls. “I handle things in a professional, nice way, but I’m not going to be taken advantage of.”

That attitude is just how Zanetti handles business.

“I’ve gotten heat from a few people about the prices of my artists’ work,” says Zanetti. “These people call themselves art collectors, but you really just want to deal in artwork. Which, I’m not interested in deals on artwork. The time and cost for the artist to make this, I want to educate people about that. If the artist is representing themselves, the price can be negotiated and cut in half, but when you’re represented by a gallery, there’s an economics behind that. Educating people in Savannah about that is really important, too. This costs this much and I’m not going to argue that or try to cut a deal. You’ve got to take cost of materials, time, if they’re working hourly, cost of framing, all of it. Everything that goes into making this finished piece that you can buy and hang wherever your heart desires. It’s not a couple hundred.”

Zanetti plans on hosting educational sessions when HAZA moves into its new location the first week of January.

“We have day-to-day visibility and foot traffic there,” Zanetti says. “It’ll be my own space. It’ll be what I’ve always aimed to be, of having a door on the location.”

HAZA started off in the Stables, a creative co-op, but outgrew the space.

“It was a great jumping-off point,” Zanetti says. “I wanted to test it out. How is Savannah going to respond to this? Is this even possible to do in general? Is this worth me even trying?”

This week’s appearance at SCOPE asserts that, yes, it was all worth it. 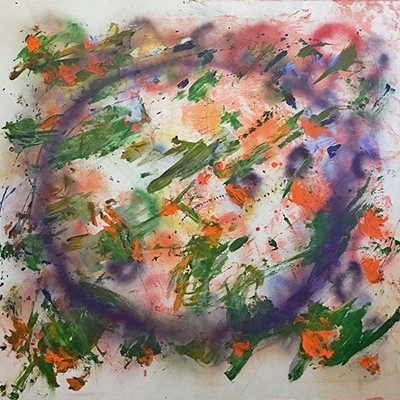