Honduran heaven from a clay pot 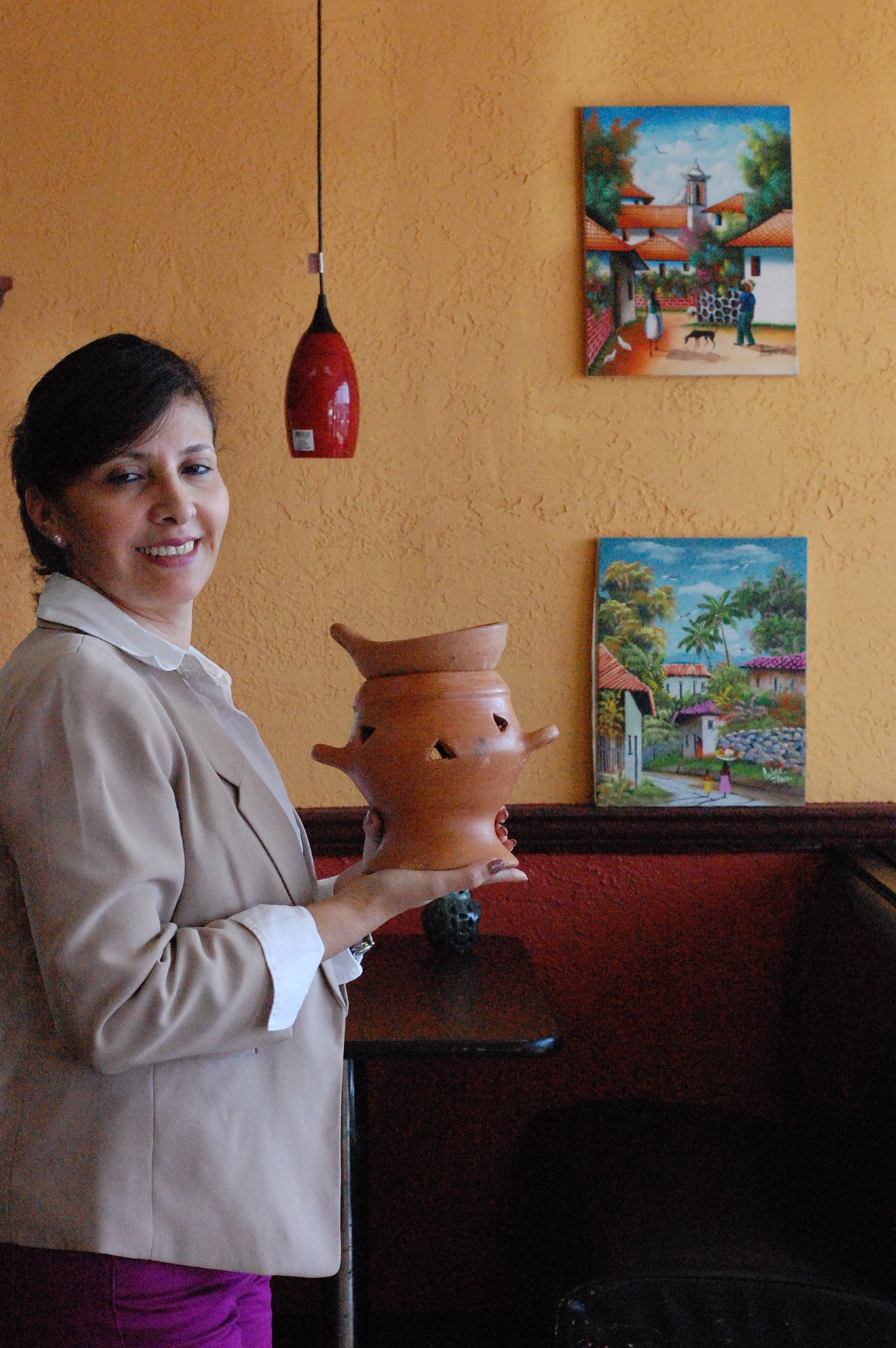 Baleadas are thick pancakes of white corn flour, grilled in butter, stuffed and topped off with a special cream.

Not everyone grows up with their dinner cooked on a Westinghouse stove in a tiled kitchen.

A Panamanian friend tells me her mother cooked meals primarily over a bonfire in the backyard, there under the trees, with all the kids gathering dry sticks to keep the fire hot.

Sometimes the fire was built right on the earth, other times held in a large clay pot, called ‘el fogon.’

Situated between Guatemala to the north and Nicaragua to the south, Honduras has its own blend of cuisine that encompasses the native Lenca Indians, Spanish, African and Caribbean dishes and is quite different from the food of its near-neighbor Mexico.

If your main experience with Latin cooking has been burritos and fajitas, then it may be time to open yourself up to some new flavors!

Marie Lizabeth Altamairano, a native of the city of Copan, has lived in the U.S. as a teacher for 21 years. She started out, as many good cooks do, by selling a simple dish to earn a little extra money—in this case, Honduran tamales—bringing them to school for fundraising ventures, then, later, selling them to a bodega called Mundo Latino out on Hwy 80.

Word got around quickly and she garnered many eager fans. After her retirement she decided to make a go of it and asked her cousin Vilma Singley of San Pedro Sula, Honduras, to come along as assistant chef.

Marie and her hubby found this little spot out on Dean Forest Road, painted the stuccoed walls a soft coral and edged them with a half wall of homey brick, hung up some bright folk paintings and asked her nephew to create a logo: a clay ‘fogon’ with a burning flame inside.

‘El Fogon Katracho’ (meaning ‘cooking fire of the native Hondurans’) is Marie’s gift to those who love good, authentic Latin home-cooking, genuinely delicious and definitely worth your time to explore.

The popular native dish called baleadas alone makes it worthy of the trip. Baleadas are thick pancakes of white corn flour, grilled in butter and stuffed with a mix of Honduran refried beans, redolent of garlic and peppers, and topped off with a special cream they call mantequilla.

Though the word means ‘butter’ in Spanish, the Hondurans use it especially for their rich sauce of lightly salty sour cream, butter and white cheese which has a superb taste all its own. You get three big baleadas for only $5.99 and I challenge you to finish all of it at one go!

For soup lovers the Sopa de Res (beef rib soup) is a savory combo of rich broth, cabbage, onion, yucca, bell peppers, and chayote (a kind of small green melon), served with a moist and flavorful side of rice, a delicate ‘curtido’ (a type of pickled slaw), lime slices and warm tortillas—a very filling and satisfying meal with meat so tender it pulls gently off the bone.

The Sopa de Pollo is the chicken version, a soothing and delicious soup of fresh vegetables and herbed chicken. The Pollo Chuco, fried chicken on a bed of golden plantains and pickled cabbage is a real delight and southern taste buds will be well pleased with the fragrant Pollo Guisado con Papas, stewed chicken and potato over rice.

Steak fans will unite over their love of Bistec Endebollado, tender pieces of beef cooked with onions and stewed in a mouth-watering adobo marinade. One of my favorite dishes here is the Honduran version of Carne Asada (grilled steak), in which the steak is marinated in spices and cut in long, thick, juicy slices that twist and turn upon the plate, paired with a helping of those wonderful refried beans dressed in white cheese crumbles.

The Yucca con Chicarron is a deceptively simple meal of salty, fresh fried pork rinds, meaty and nicely chewy. Yucca, if you’ve never had it, is a relative of the potato, but, at least for me, has a better flavor and more texture—the combo of the two is unforgettable!

Savannah has a wealth of excellent seafood dishes and ‘El Fogon Katracho’ adds its own style to the mix with a whole fried tilapia, seasoned to perfection—yes, that’s right, a whole fish, no filets here.

Most of Honduras runs along the eastern coastline of Central America, so they know good seafood and love a dish of fresh shrimp simmered in garlic (camarones al ajillo) and their own special blend of seasonings—my Peruvian husband calls it mojo criollo, which is composed of crushed garlic, pineapple and orange juice with mildly spicy peppers, and it can be addictive!

Try the horchata (rice milk) to drink—this is a common beverage in Central American restaurants and here it comes ice cold, aromatic of cinnamon and vanilla and perfectly sweetened, or fresh tamarindo juice—nothing quite like it—and Coke for we gringos!

This is a very new restaurant, just opened in late January, so the menu is somewhat changeable, and the prices very reasonable.

She is considering opening at 7 a.m. for breakfast Honduran style—and I, for one, cannot wait to see what Marie has in store!