Everywhere I go people are celebrating the Supreme Court ruling making gay marriage legal and congratulating their gay friends and family members for being equal in the eyes of the law. Hooray for them, but what about me?

I'm a gay man, but I sure don't want to be. All my life my family and friends have told me that being gay is bad. The church says that homosexuality is a sin and I will burn in hell if I have sex with men.

When the AIDS epidemic started, people said that it was god's punishment of fags, and to this day I still believe it. Even if didn't, I'd still at risk for getting AIDS if I had gay sex.

Instead of hating myself for being gay all these years, I've dated women and kept my homosexuality in check. Because I've had so many girlfriends, people think that I'm a player, and that's okay because I'd rather be a player than be queer.

Everything was fine and dandy until the Supreme Court went and fucked it all up. Now, every time I see a rainbow flag, I feel like the world is congratulating me for being a faggot.

To all the bleeding heart liberals out there, I just want to thank you for passing a law reminding me to hate myself.

OH, kiddo... I never thought about it that way before. You've certainly given us a powerful perspective to consider.

Before answering your letter, I want to acknowledge that I have chosen to publish it in its entirety, even though it contains what could be considered hate speech. Your words serve as a powerful example of the self-loathing you have learned from people who love you and were doing their best to protect you from harm when you were growing up.

As someone who understands their motivations but respectfully disagrees with their views, I would like to ask you a question: What would God have to gain by sending any of us to Hell or punishing us with diseases of any kind? Each one of us is only human and is doing his or her best to get by in this world.

Please know that I'm not here to judge you, your family or your friends...or to change your minds in any way. I'm just here to offer you love and support at a time when you feel like you are being reminded by others to hate yourself. I just want to do my best to help you make peace with where you're at.

From the sounds of your letter, you're not so much upset about being a gay man as you are about everyone else's gay pride, because it reminds you of all the negative things you've ever been told about being gay. Considering all the scary messages you've heard, your feelings make perfect sense.

Here's a little insight that I hope will help to put things in perspective: The only relationship in this world that matters is the one between you and you. Everything else is irrelevant.

Who you date is irrelevant. People's opinions about your sexuality are irrelevant. Whether they are pointing fingers in judgment or waving flags in show of support, what they have to say is irrelevant.

There's no law that says you have to start dating men just because our government now recognizes gay marriage. If dating women the best thing for your relationship with you, then keep doing it. To hell with other people's opinions. It's none of our business anyway.

Thank you for sharing your experience, T.C. Even though you may feel like you're in the minority on the issue of gay marriage, you can't possibly be the only person who's feeling this way. Please know that I am holding all of you in my best, most positive, loving thoughts. 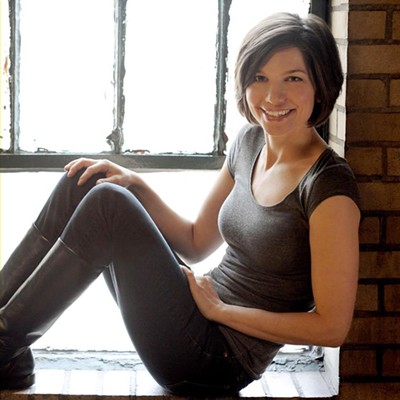