Here for the Pardi

It may seem unusual that country radio’s favorite revivalist hails from the West Coast. But according to the genre legends who have taken him under their wing and the charts he’s been dominating, Jon Pardi is the real deal.

The 32-year-old Dixon, California native is shaking up the country music world with a timeless style and tireless work ethic, sweeping up awards and new fans at a rapid pace.

Pardi has been belting out the Texas greats since he was a small child. Thanks to his grandmother’s karaoke machine, young Pardi learned the songs of heroes like George Strait and George Jones and made his stage appearance at seven, singing the Garth Brooks hit “Friends in Low Places” at his dad’s 30th birthday party. 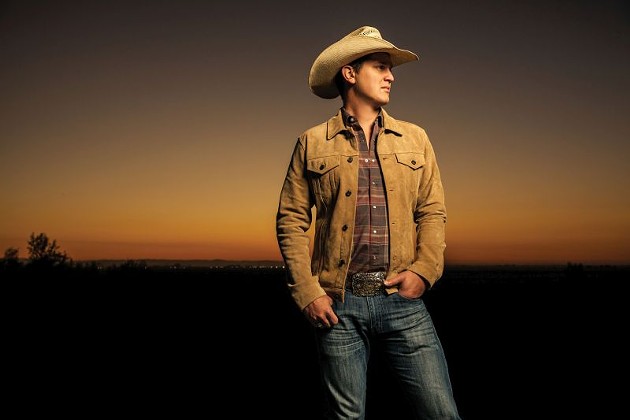 Pardi hardy: The Lucky Tonight Tour is coming to Savannah.

At 12, he was writing his own songs, and at 14, Pardi formed a band with friend Chase McGrew. The bandmates went off to Butte Junior College together and performed in the group Northern Comfort. That band played together for three years until Pardi decided to head home, save money, and make the big move to Nashville.

In 2008 at age 23, his mother shed tears as her son drove away to follow his dream. When he got to Nashville, Pardi got a job as a lifeguard and scored a publishing deal after living in Music City for just over a year. Working in publishing helped Pardi meet fellow songwriters and get his name out there. He signed with Capitol Records Nashville and released a single of his own, “Missin’ You Like Crazy,” in 2012. His next single, “Up All Night,” reached the Top Ten country singles charts.

Perhaps what’s most timeless about Pardi is the way he forged his path and his tireless dedication to pursuing his passion for country music. He’s put in the work, and it’s paid off: 2017 has been a defining year in his career.

His album California Sunrise, released in June 2016, was certified gold, and the singles “Heartache On The Dance Floor,” “Head Over Boots,” and “Dirt On My Hoots” all hit No. 1 on the charts.

That performance was a memorable one for the artist.

“Winning the ACM was pretty awesome, and getting to perform on the awards,” he says. “It’s fun being more involved in the shows. I’ve been doing those shows for five years now. And getting three number ones has been amazing. We’ve been working hard to get even one of them, and having three is great. The fans always showed up, we’ve been getting more of them, the crowds are getting bigger. We’re being a little more present and more recognized and really being a part of country music...it’s starting to happen.”

2017 has been a banner year for country star Jon Pardi.

The team-oriented “we” Pardi often speaks in is reflective of the boy-next-door charm that’s earned him so many hits—he’s a charismatic and humble guy, frequently crediting and praising his management, band, and the folks supporting him in the rise to superstardom.

“I’m in the growing pains stage right now,” Pardi explains. “Next year, we’ll have two buses, two trailers so we can add more lights and more crew. Right now, we’re just kind of finishing off the year. I can’t even bring golf clubs on the bus, it’s so full!”

Country comes in many shapes and forms these days, but Pardi takes the classic route, penning memorable melodies with guitar, fiddle, and steel guitar accompaniment.

For the seasoned songwriter, creating a hit takes time and patience.

“On a good day, I get an idea and start shelling out some melodies,” he says of his process. “I’ll start with the lyrics there, make it all work. Flow’s a really big deal...how the song moves together. When it feels good, that’s when I know I’ve got what I’m looking for. You gotta live with ‘em and let ‘em breathe.”

“I always say I’m more of traditional rock ‘n’ roll and traditional country mixed together,” he explains. “I feel like you can do the really traditional thing, but it doesn’t really cross over into big crowds. To get to those big crowds, you gotta have a little AC/DC in your blood.”

The audiences have certainly changed for Pardi, who, as an underage teen, was required to spend off-stage time outside of the bars where he played gigs.

He’ll finally have a break from near-constant touring in April. Right now, he plans to use that downtime to work on his house and help his friends with their own projects. Before then, he’ll wrap up the Farm Tour with Luke Bryan and hit the road with Miranda Lambert for the Livin’ Like Hippies Tour. It’s a busy life, but it’s all worth it.

“It’s cool,” Pardi laughs, “getting out there and taking over the world.”