Here’s looking at you, kid

The River in the Wall + Grizzly Country

$20 (Free to Veterans with Military ID)

No doubt many of you are thrilled to be taking in at least a couple of screenings at this year’s SCAD Savannah Film Fest over the next week, and if so, I’m right there with you. In both scope and substance this is easily the highlight of the year for area cineastes, and you can find plenty of up-close and personal coverage of the SSFF in this issue, as well as online throughout the duration of the event at connectsavannah.com.

As far as other notable alternative cinema happenings over the next seven days or so, there’s plenty to choose from that’s not part of the SSFF, and as always, Film Scene is your one-stop guide to all the shows that matter. 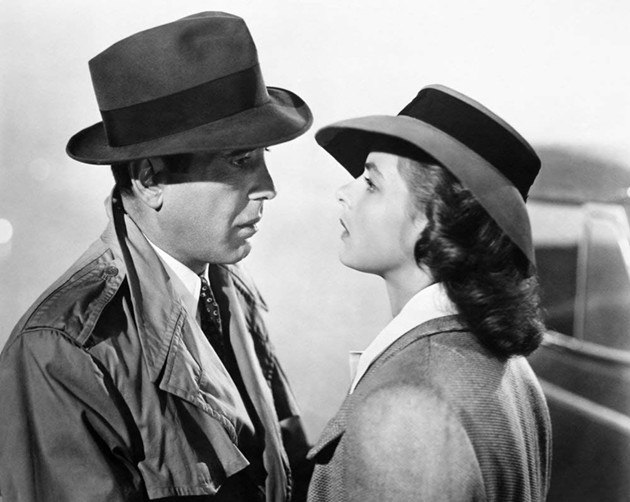 We start off downtown on Oct. 30, with the Beach Institute’s 6 p.m. screening of “Paul Robeson: Songs of Freedom,” a 2008 documentary on the history, career and legacy of the extremely influential New Jersey-born bass baritone singer, star athlete and human rights activist.

I first became aware of Robeson’s highly educated and artistically unique approach to this American life through the 1950s “shock-rock” R&B vocalist Screamin’ Jay Hawkins, who idolized Robeson and attempted to pattern his own idiosyncratic singing style after the man.

Those unfamiliar with the breadth and depth of the sadly blacklisted icon’s artistic, political and humanitarian achievements may be stunned to learn of the totality of his enduring impact on today’s culture. If so, then this 52-minute portrait is a great introduction to one of this country’s most underappreciated and visionary public figures.

It includes his songs, speeches and rare footage of his appearances at political rallies. Free admission to all.

On Oct. 30, a few blocks south of the Beach Institute at the Sentient Bean Coffeehouse on Forsyth Park, the Psychotronic Film Society’s ongoing (15 years and counting) Wednesday night series of overlooked or marginalized feature films from around the world continues with an extremely rare public screening of the 1983 low-budget folk-horror movie “Eyes of Fire.”

Never released officially on DVD anywhere in the world, it’s an incredibly strange and creepy tale of pagan witchcraft, polygamy and Native American superstition set in the Western North America of 1750, and enjoys a small but fervent cult following worldwide. 8 p.m. showtime.

The following Wednesday, Nov. 6, the PFS digs deep into its vaults and inaugurates a new regular feature of its weekly series: mystery screenings of extremely cool documentaries that are so under the radar, most folks are unaware of their existence. Dubbed “The Greatest Documentaries You Never Saw,” each installment will be a feature-length nonfiction film that’s either commercially unavailable or insanely hard to find. However, the exact title of each film –and the subject matter of each documentary– will not be revealed before showtime.

Viewers who want a chance to see something legitimately unique and off the beaten path are encouraged to take a chance, buy a ticket and be pleasantly surprised. This much can be said of the organization’s Nov. 6 selection: it made quite a stir on the festival circuit in the late 1990s, and was once slated to be remade as a narrative feature by an award-winning director, but that sadly never came to fruition. 8 p.m. showtime. Award-winning vegetarian/vegan menu available and discounts on craft beer and organic wine during the films.

Heading out to the nearby Effingham Co. city of Springfield, Ga., their beautiful, restored historic Mars Theatre continues its lengthy engagement of the smash British period drama “Downton Abbey,” which is the first theatrical spinoff from the incredibly popular British TV series of the same name. Many of the main stars from the celebrated show reprise their roles, and the tale of the fictional aristocratic clan known as the Crawleys continues.

This picture has made so much money in ticket sales around the world that it’s almost a forgone conclusion that sequels are already in the works. If you’ve never patronized this way-cool non-profit independent venue, this might be the time. 7 p.m. showtimes on Oct. 31, plus Nov. 1 and 2.

Returning to the downtown area, Service Brewing Company on Indian St. (near the main Post Office location) once more is the setting for the annual Veterans Day screening party curated by Mountainfilm on Tour – Savannah and co-sponsored by DIRTT. Each year these organizations select one or two independent films which in some way celebrate veterans and/or the environment, and screen them inside this way-cool, industrial brewery’s warehouse facility. This time out, the organizations will show the short 2018 doc “Grizzly Country,” followed by the 2019 feature-length documentary “The River and the Wall.”

Doors open at 5:30 p.m. for a social hour mixer, with the films beginning at 6:30 p.m., followed by a reception catered by local restaurants. Advance tickets may be purchased online (this is recommended, as seating is rather limited and folks look forward to this event all year long).

As is the event’s tradition, all veterans are admitted free of charge. For more info on this unique event, check out my related article elsewhere in this issue.

And, last but certainly not least, on Nov. 7, Tybee Island’s historic, restored Post Theater offers a special, one-show-only engagement of the bona fide classic 1942 romantic wartime drama “Casablanca,” starring Humphrey Bogart, Ingrid Bergman, Peter Lorre and “The” Claude Rains. Directed by Michael Curtiz (who also helmed such gems as the gangster flick “Angels with Dirty Faces” and the horror classic “Mystery of the Wax Museum,” among many other standout pictures), this tale of political intrigue and star-crossed lovers was not expected to be anything particularly special by its studio, Warner Brothers.

However, in the end, it wound up winning Best Picture, Bes Director and Best Adapted Screenplay at the Oscars, and is now considered one of the finest and most enduring pictures made during Hollywood’s fabled “Golden Age.”

The chemistry between the main characters is sublime, and the production and costume design is fantastic, drawing you into a world of deception and mystery with ease. The cinematography as well is outstanding.

Basically, it’s a legitimately wonderful and memorable film that deserves every one of the accolades routinely thrown its way. If you’ve never seen this tense and atmospheric B&W gem on the big screen, you really don’t know what you’re missing. 7 p.m. showtime, and your admission price includes a beverage of your choice (beer, wine or soft drink).