Team Savannah for Veterans improves the lives of those who served 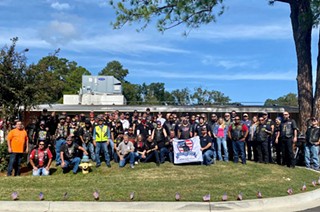 Photo courtesy of team savannah for veterans
Members of Team Savannah for Veterans participate a motorcycle ride to visit veterans in Hospice..
Last week in Connect Savannah’s ‘Connected’ photos taken by Bunny Ware, we mentioned Team Savannah for Veteran’s Chris O’Malley receiving an accolade from Step One Automotive Group, but now it’s time to share some community stories about the local hero and his hardworking partners. Team Savannah for Veterans focuses on helping veterans in the Savannah/low country area. TS4V is a hands-on group assisting veterans through peer support, manual labor, and providing essential items that veterans may need to limit stress in their lives. “I was given the Local Hero Award by Step One Automotive Group, but obviously that’s not just for me,” O’Malley said. “It was given to Team Savannah for Veterans. It was a good night and a great honor.” That night, TS4V was recognized for improving the life of a local veteran swiftly and efficiently. O’Malley shared, due to life’s circumstances, though this one veteran was employed, he was living inside of his vehicle. “What he was doing was paying for a hotel for a couple of nights, then his money would run out until his next paycheck, and he’d sleep in his car for a couple of days,” OMalley said. “Then he’d do it again. So obviously in that situation, there’s no opportunity to get ahead, so he’s always behind. We knew if we could cover his lodging for a certain period of time he could stop paying for that. We got him some groceries so he could save that money up and a small loan from a friend and he was able to get into a lease the next month.” TS4V also furnished his new home with a couch, a kitchen table and other items. This is just one of the many circumstances and projects where team Savannah has helped a local veteran. Chris O’Malley, along with his co-founder and Vice President Thomas Nash, the treasurer, O’Malley’s wife Alison O’Malley, social media coordinator, Nash’s wife Myra Nash, secretary Amanda Ebert, and public relations coordinator Janine Geddes, are all non-paid members who are veterans — or spouses of veterans — and work for other veterans through love and dedication. The team president is a veteran of 21 years. He retired from the U.S army as a first sergeant. He said he struggles with post-traumatic stress disorder and making other veterans’, like himself, lives better helps him cope with everyday life. “Some of my friends that have retired have gone on and done great things, and there are some guys who’ve had struggles,” O’Malley said. “So, one thing I’ve always wanted no matter what I did was have some sort of mission and to help people. When I was in the Army no matter what I did I always helped my soldiers as a team player, so that idea of continuing to help other veterans helps me.” O’Malley said he and Nash started TS4V after being exposed to larger veteran organizations. “We were a part of a national organization but as it grew we found that we needed more local help,” O’Malley said. “As we started, we started on PTSD awareness and peer support but as we grew we heard there was a big assistance need for local veterans.” The organization president said in the beginning stages, the organization members focused primarily on helping veterans with in-home improvement projects such as home repairs, vehicles repairs, yard work, and eventually began to provide groceries and help improve lodging issues for homeless veterans. He said what really pushed them to become an official nonprofit organization was an occurrence where a Vietnam veteran lost his mobile home to a fire and they wanted to help him get a new one. “We started doing some fundraising to possibly get him a new home and as we went through that process we realized while not being a nonprofit, you could get but so much funding,” O’Malley said. “We didn’t have the connections.” O’Malley said theses days the organization raises funds through events and grants. In the past, they have received funds from Publix, Walmart, and by doing some hands-on work for Endurance Race Services who hosts Savannah’s race marathons. O’Malley said after the team does work for Endurance Race Services they receive money that can help one veteran in a large way or many veterans in a small way. “Helping them is what really drives us,” O’Malley said. TS4V is currently hosting a gun raffle where tickets are $20 each for a chance to win a gun cleaning kit .45, glock, shotgun or a revolver. The money will be distributed to their home repair fund for veterans. TS4V invites all to support veterans by purchasing a raffle ticket or donating on their website. Visit ts4v.com or their Facebook page at facebook.com/TeamSav4Vets to purchase tickets or learn more about TS4V. 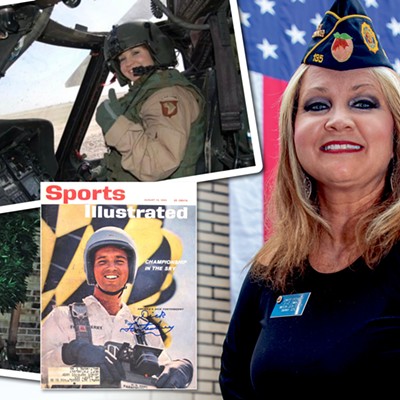 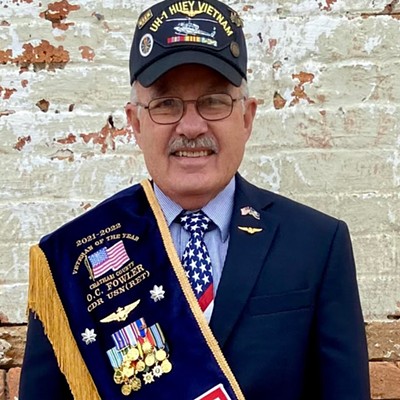 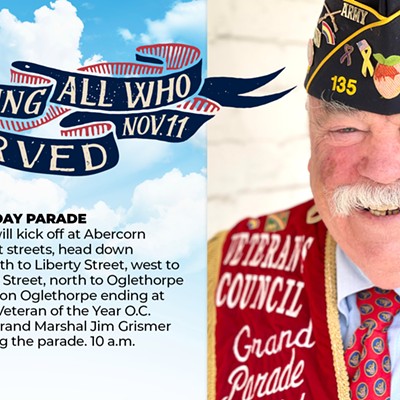