HIS driver’s license says Sudershan Kelam, but everyone calls him Chef Guru.

“Easier to spell!” he exclaims as he arranges a steaming platter of naan for the lunch buffet at Taste of India on Mall Boulevard.

Born in the busy city of Mumbai when it was still called Bombay, this bundle of energy in a white jacket ran the kitchen at the renowned Tadka Indian restaurant in Atlanta and recently arrived in Savannah to infuse Taste of India with a new, expert perspective.

A Connect Best of Savannah winner for the past 8 years, Taste of India already sets the bar for specialties like tikka masala and palak paneer. At the behest of owner Sandesh Pardeshi, Chef Guru has redefined the menu with alternate preparations and exotic dishes like dosas, delicate pancakes the size of a tablecloth that come stuffed with spiced vegetables or meats. 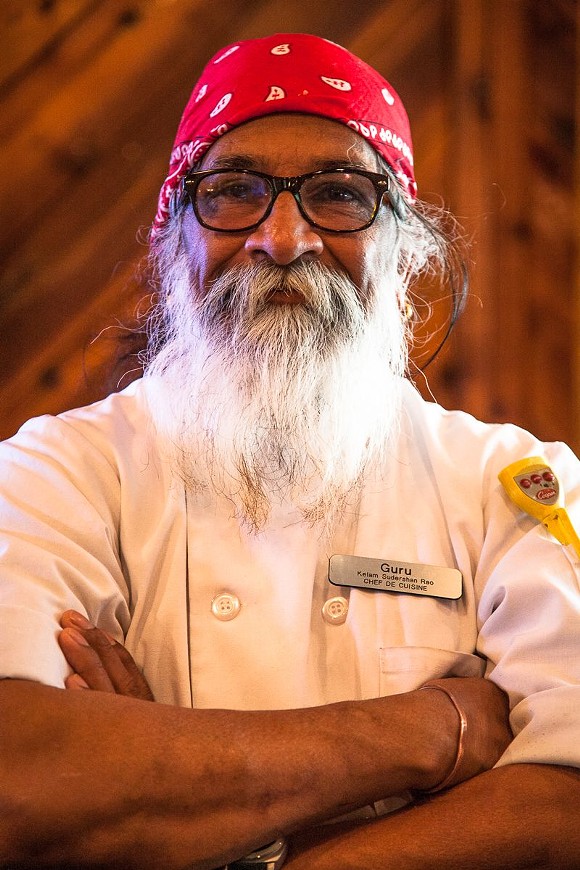 Photo by Jon Waits
Sudershan Kelam, but everyone calls him Chef Guru.

“Guru means ‘teacher,’” explains the spry 60 year-old, who practices yoga and meditation every morning before he opens the kitchen.

“Mostly, I was a teacher in something that might surprise you.”

He’s right: Trained from childhood in an Indian classical ballad dance form known as bharata natyam, the devoted Hindu gained a following for passing down the tradition—though he might rather have had a career as a performer.

“In India, artists don’t do as well as they can in America,” he shrugs, stroking his white beard.

“It’s all very political, you see. If you’re from a good family, you do performances. If you come from a poor family, you teach.”

His family fell somewhere in the low middle, so Chef Guru danced a bit and taught a lot, and finally a parallel passion for cooking led him to culinary school in his 30s. He graduated at the top of his class, and the former dancer found himself working in India’s 5-star kitchens, including the internationally-famous Taj and Oberoi.

When asked what brought him to the U.S. 15 years ago, he bursts into laughter. “Money, honey!” 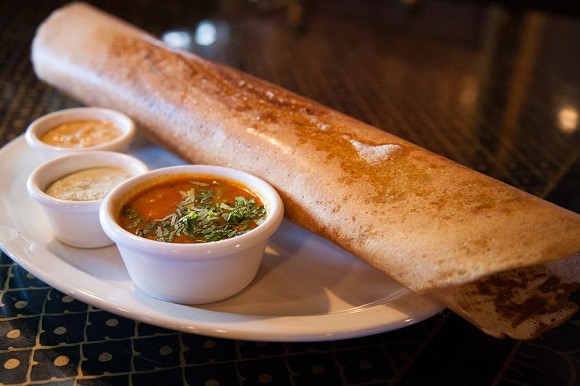 He and his family settled in Atlanta where he continued his culinary career, though he did manage to pass on at least a few dance moves—his son, Siddarth Kelem, is an award-winning bharata natyam dancer and teacher at the Kalaivani Dance and Music Academy in Smyrna, GA.

Chef Guru, however, remains dedicated to the cuisine.

“There are 52 states in India and 22 languages, and everyone prepares the traditional dishes differently,” he reminds.

“I studied many ways—North India, South India, Maharishi, healthy, you name it, I make it.”

Indeed, he learned to make biryani in Hyderabad, the ancient city that originated the famous meat and rice entrée. He describes the process of marinating a whole chicken in yogurt overnight and letting the meat steam inside the rice, but he purposely leaves out which spices he uses. Nor will he reveal his techniques.

“Measurements, I don’t use those. I use my mind!” Chef Guru says with a grin, tapping his temple.

Still, the unmistakable aroma of cardamom and tamarind follows the plate as he sets it on the table, adorned with beautifully carved carrot and pepper garnishes. The chicken is tender and full of flavor, those secret spices lingering on the back of the palate. It’s accompanied by a platter of vegetable cutlets, served crisp and warm with a variety of dipping sauces—also propriety knowledge.

“Don’t feel bad, he won’t even tell me how to make it!” laughs Pardeshi, who met Chef Guru through a friend of a friend and enticed him to take over the Taste of India kitchen. 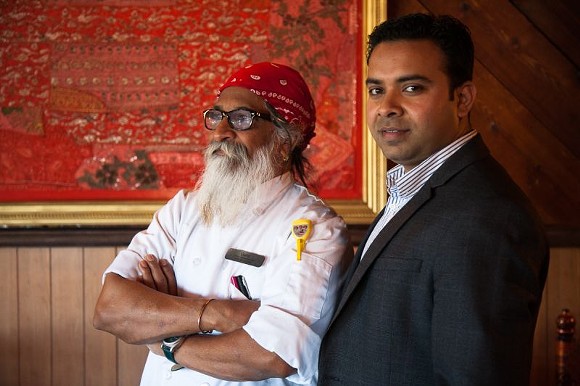 Also from Mumbai, the 30 year-old Pardeshi came to Savannah in 2006 to study interior design at SCAD. He wound up helping his uncle redesign the restaurant, which had been destroyed by water damage after an electrical fire. He imported the gilded tapestries, carved mandalas and lacquered chairs like tiny thrones that set the palatial tone of the dining room, overseen by the golden glow of an enormous painting that depicts a sky blue Lord Krishna riding a chariot.

An accomplished cook himself, Pardeshi found himself enjoying every aspect of restaurant operations, and went on to open the decidedly un-Indian Sam Snead’s Oak Grill & Tavern in Pooler with his brother, Raj, in 2009. That location has flourished in the midst of airport traffic and the growth of Gulfstream and JCB, but the brothers continue to nurture their culinary traditions at Taste of India.

“We’ve had the same menu for ten years, and our customers trust us,” says Pardeshi. “Bringing Chef Guru on board means not only giving them what they expect, but new tastes as well. And now we’re free to do other things.”

Those “other things” include 201, a 10,000 sq.-foot seafood raw bar and lounge going up next to Sam Snead’s off Airways Drive. Eagerly showing off the blueprints, Pardeshi describes a high-end ocean catch restaurant in classic Lowcountry décor with a wine wall on one side of the building; on the other, a sleek VIP club with a huge dance floor and a banquet room that will be Pooler’s first real nightlife destination.

“Sure, we could have opened up another Indian restaurant, but we wanted to do a totally different concept. I think 201 is going to appeal to a lot of people,” says Pardeshi. The project is expected to open at the end of April. 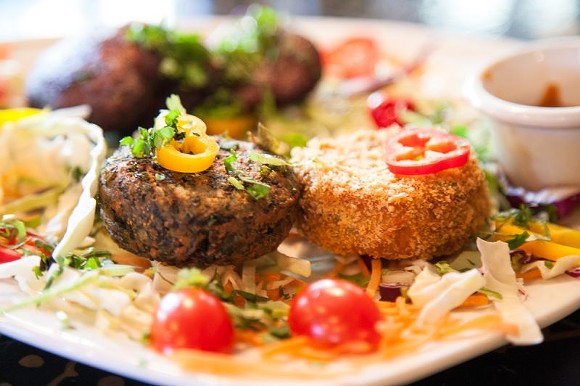 They make an interesting pair, the hip young Indian businessman and the kitchen guru, who would not look out of place sitting in the lotus position on top of a mountain.

“In our culture, guests receive the best treatment,” says Pardeshi as Chef Guru clasps his hands together and bows. “This is our temple, and our guests are our gods.”