“Queen of the Mountaineers: The Trailblazing Life of Fanny Bullock Workman”

HAVE YOU ever heard of Fanny Bullock Workman?

If not, you’re forgiven. Workman is one of those historical figures whose name has been largely lost to the annals of time, but her story is important and needs to be heard.

Workman was a trailblazer for women in mountaineering. She was the first woman to climb extensively in the Karakoram mountain range and set the women’s altitude record for her Pinnacle Peak climb. She also had a family and spoke passionately about women’s rights at the turn of the century, before women were even allowed to vote.

When journalist Cathryn Prince first heard of Workman, she was enamored with her story, particularly its parallels to modern-day women. “Queen of the Mountaineers: The Trailblazing Life of Fanny Bullock Workman” is the result of Prince’s research, and she’ll discuss the book Thursday at the Book Lady Bookstore.

We spoke with Prince last week about Workman’s life and legacy. 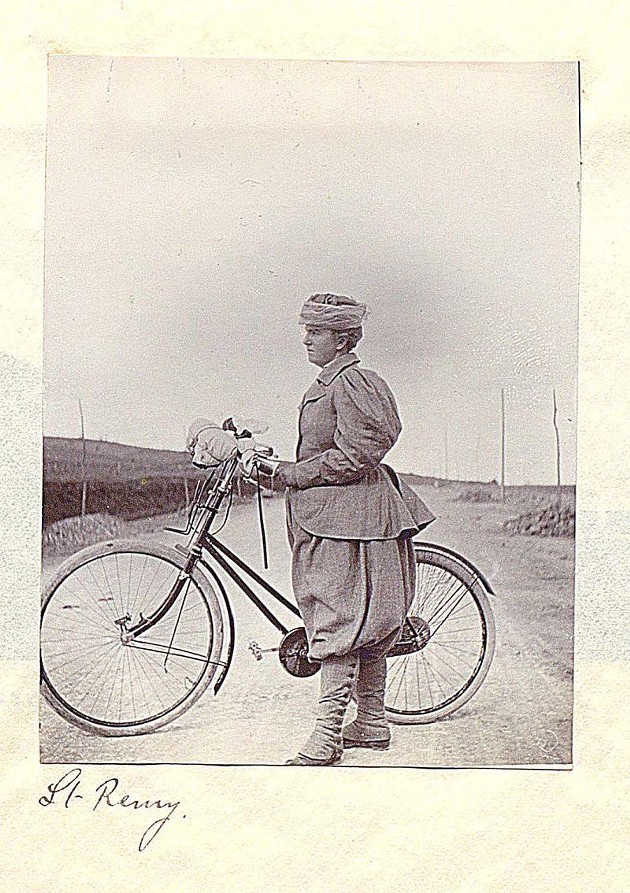 CS: Tell me about the process of writing “Queen of the Mountaineers.” How did you discover Workman, and what did you do from there?

In the past, I’ve written about historical events and military history in America. There were women in some of those stories and events, obviously. The [book] before this was about Richard Halliburton, but those, I stumble upon. Those books came out of doing an article for a newspaper or an anecdote. This time, I was a lot more deliberate because I wanted to write about a woman who was a pioneer in her field and who I thought defined social conventions. I also wanted her to have a story that would resonate today. Why would we want to care about someone from 50 years ago?

I stumbled on an article about her, about their cycling trips. And I remember reading about this trip, thousands of miles wearing a woolen skirt and seeing this photo of her and the safety bicycle—which, by today’s standards, is so rudimentary. I’m reading this and thinking, “Okay, I’ll read a little more,” and I found an article she’d written about her Matterhorn ascent. But then I was drawn to her, and that sucked me in. I was drawn to her because of her contradictions. 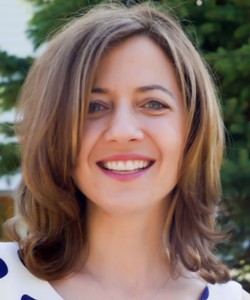 She set the altitude record and was embroiled in that rivalry and controversy with another climber. And, she was a mother. There was a whole other aspect to her choices as a mother to pursue this passion, which she turns into a profession, which keeps her away so much. It had all those ingredients and it was like, “Okay, is there enough for me to mine for either an article or a book?”

I knew I had enough from reading her own books that she had written, and there were the themes again of bucking social convention. How is the story illustrative of a bigger story?

CS: Let’s talk about that—how is it? Why is Workman’s story important?

Here’s the thing that was really interesting, and this comes in in the book too. Women get that question. First of all, it’s, “Oh, you’re married, so are you going to have children?” Fanny Workman was a mother who I would say didn’t love mothering when they were very young. She dearly loved her children, and their second-born died around age 3 when already she was wanting to travel, but it was another kind of kick for her. These trips were months long. She’d be gone for six months and left her children in the care of their governess, and their daughter Rachel goes to boarding school. She does this by choice. She doesn’t have to work; she’s independently wealthy. I thought that was really interesting because we talk a lot about that now, the choices women make. Are you staying home? Will you work? Are you setting your passion aside? Those were questions that men didn’t face. If you were a male explorer and you left the kids at home and put yourself in harm’s way, no one questioned that. Even now, when I talk with friends of mine, there’s much more judgment about what she did.

She chose to do this. Her grandfather had started the gunpowder company in Massachusetts and they had a lot of money from that. On [her husband’s’] side, he came from pretty good wealth. The two of them inherited their father’s money and left the States for Europe because it was closer to the things they wanted to do.

I also had that interest because for mothers who have to work, you don’t have a choice. It brings up a lot of those questions which I find endlessly fascinating. You might put yourself in her shoes.

We should think, “Wow, it’s 2019, maybe that’s okay.” But in her time, you step back and think, “Wow, she would have just done a bit of charity work and gone to lunches.” For her socioeconomic level, that’s what she would be doing. She did speak out for women’s rights.

She talked about this one point where she was traveling through Algeria and Morocco and Spain, and she was really alarmed by the treatment of women and child brides. She comes back and writes that we should judge a nation by the way it treats its women. She’s writing that in 1895. 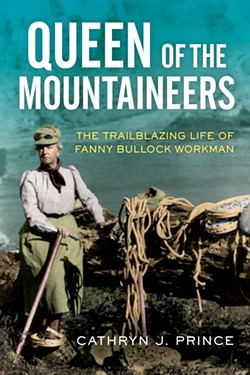 CS: For being such a progressive figure for her time, why do you think she’s not more well-known today?

I think just over time, so many people like her fall by the wayside. You’ll find people who are climbers and extreme cyclists who will know her name. Even in women’s studies programs, she’s not really known. She’s known more for the physical things she did and some of what she wrote.

She doesn’t have any surviving descendants. Her daughter had three sons but they all died very young. I think no one really carried her name.

CS: I have to think she’d like being known for her accomplishments, rather than just being a woman.

One of the quotes in the beginning of the book is, “Judge me for what I do, not because I’m a woman.” That’s tricky because when you’re a trailblazer, you’re the first woman to do this, but she wants to be judged on her merit and what she did and how she did it.

CS: What’s the structure of the event Thursday?

Right now, I’ll read from [the book], talk a little bit back and forth, and then just talk about it. I love to talk to readers either about the book or the writing process. I spent two and a half years with Fanny, and sometime someone brings up a question that I didn’t think of!