Hillary hate: Where is it from and why is it so persistent?

Essays explore Clinton's likability; signing is at The Book Lady

AS WE barrel into the 2016 election, when all Americans are politically at odds, one opinion rises up from the rest.

Nobody likes Hillary Clinton. But why?

Writer Joanne Bamberger sought to find out with her new collection of essays, "Love Her, Love Her Not: The Hillary Paradox," that she'll read and discuss at The Book Lady on Jan. 22.

Bamberger is also editor-in-chief at The Broad Side, a blog that focuses on feminism and politics and the intersection of those worlds. She and local author Lisa Solod met through their online writing, which often had common themes. Solod contributed an essay to the anthology and will join Bamberger in discussion.

The essays, written by women from a variety of backgrounds, are focused on Hillary and her likability. Don't expect it to be all praise, though — some of the writers are not fans.

"The publisher and I had both assumed when we were putting this together that we'd have three distinct sections: a chapter on people who love her, a chapter for people who hate her, and a chapter for those on the fence," Bamberger explains. "It really did not shake out that way! People had nuanced, conflicting feelings. 'Yes, I'm going to vote for her, but I'm still concerned about X.'"

In essence, the book seeks to find X, that mysterious quality that makes Hillary universally unlikable.

It seems simple to assume women want a woman to represent them in the White House, but many women are hesitant to endorse Hillary. There's not a clear, defining moment of when the Hillary hate-train started rolling.

Some might cite Benghazi or the private email scandal, but people disliked her long before that.

So why don't women like her? Is it the pantsuits?

After poring through the essays, Bamberger found that many women don't like Hillary simply because she never left Bill.

"There still seems to be a theme within these writers and some of the questions we're getting in discussions," she says. "Do people still hold that against her?"

Older women didn't think her commitment to Bill made her any sort of role model, but younger women liked her attitude and could better relate to her situation.

"Can't we view it as if she was loyal to him, wouldn't she be loyal to us?" Bamberger posits.

Another aspect to the generational gap is the novelty of feminism and how it's been taken for granted by Gen-Xers.

Solod's essay, "The Responsibility of Privilege," suggests that Clinton's place in society as a wealthy, educated woman can cause her to lose sight of other women's struggles.

"She's anointed in a sense," she says.

"She has a leg up because she's so much in the public eye and has a reputation; she needs to treat that as a gift. She's a woman who has obviously made her way in the world, and she needs to remember the women that haven't had the chances she has. I think she does."

Veronica I. Arreola's essay, "Inspecting Hillary's Privilege Knapsack," addresses that same privilege through the lens of a woman of color.

"[That essay has] given me an interesting way to think about what everyone is saying, what lenses they're viewing things through, how have they formed their decisions based on their own personal experience," Bamberger says.

"It's really important to consider how we treat other communities."

Each essay presents a valid point about why Hillary could be liked or disliked. There's even an essay about those infamous pantsuits. But a bigger question remains: why do we need to like Hillary to elect her?

As both Bamberger and Solod note, it would be historic for a woman to be elected president. If we're waiting for someone better than Hillary, who exactly are we waiting for? Hillary is the most qualified of any woman to have run for the presidency so far.

Why does she have to be likable to be elected? Do we really have to imagine ourselves having a girls' night in with her to vote for her?

"It was a topic I wanted to explore in 2008 when Clinton ran for president," Bamberger explains.

"There was so much talk about, is she likable? Is she authentic? All these things we generally never ask in regards to a male candidate. We really don't ask those questions about most female candidates. 'Is Senator Barbara Mikulski likable?'"

She's right — when was the last time called Donald Trump's likability into question?

Bamberger cites studies by Pew and the Barbara Lee Family Foundation that show that 80-90 percent of women need to like women candidates in order to vote for them.

Those women would also still vote for the male candidate they were leaning towards, even if they didn't like him. (That explains the Trump thing.)

"If she doesn't wear makeup, has glasses on, it's all fair game," Solod says.

"Basically the only thing they say about Bernie is his hair, he never combs it, but he doesn't get his every piece of clothing, every wrinkle, scrutinized. What's important is his policy and experience. It's bizarre."

For anyone, male or female, looking to define the relationship with Hillary Clinton, "Love Her, Love Her Not" is a helpful place to start. 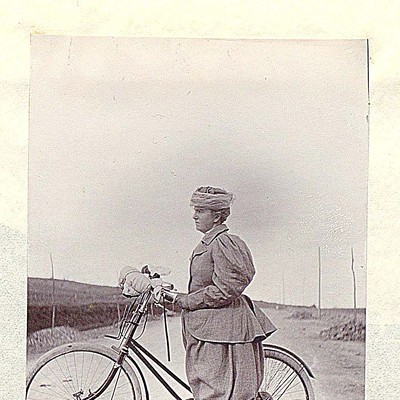