Shots by Somi
Cherica Jones confidently shares the story of how her business, Yoni Spa Room came to be.
PSA: This is “girl talk,” gentlemen. Affectionately known as “The Yoni Lady,” Cherica Jones is the owner of Yoni Spa Room at 7370 Hodgson Memorial Dr. The Yoni Lady offers natural services and products for the holistic wellbeing of women locally and abroad. One of The Yoni Lady’s primary services are yoni steams which is also called v-steaming. This is a practice in which a woman sits over a pot or bowl of boiled herbs, usually with only a towel covering the lower half of her body, allowing the steam to permeate her “yoni” so she can engage in the benefits of the plant medicine. Yoni streams are respected across the globe and are called by many different names. There are many reasons why women seek a yoni steams, and when women visit The Yoni Lady, they tell her what they are looking for. “ … basically, we blend herbs depending on what the woman needs,” Jones said. “A traditional steam balances your pH, and women come to try something natural versus [an alternative]. We also have fertility steams, postpartum steams and v-steams for menopause, bad periods and BV.” Jones said she started her business by selling yoni eggs, yoni steams, and yoni washes, while educating girls and women about the amazing products she sold at pop-up shops. The Yoni Lady started her own yoni-healing and -cleansing journey to revitalize herself after a rough time for her physical, mental and spiritual health. At age 26, Jones was diagnosed with fibroids and endometriosis while incarcerated. “The only thing they offered me was a bunch of birth control or a hysterectomy,” Jones said. “They gave me birth control on and off and I experienced all the side effects.” Before the diagnosis, Jones was unaware of her medical condition, but she knew something was very wrong. She said when she explained the harsh symptoms she was experiencing, the nurses weren’t taking her seriously. They assumed she was just looking for a way to get out of her dorm and leave the facility. After filing multiple complaints and eventually undergoing various embarrassing processes to prove that her symptoms were as bad as she said they were, Jones was escorted to the hospital for a blood transfusion. After a week of hospitalization, Jones was back in the facility. A week after that, her symptoms were back. This time, she hid them to save herself from any additional discomfort until the end of her sentence. “Once I came home, I considered getting a hysterectomy, but I ran into these ladies in the park, Soul Sisters of Savannah, that did yoga and they were telling me about Queen Afua and changing my diet and things like that,” Jones said. One of the most fundamental steps to holistic health is the diet, Jones said. Before changing her diet, Jones said she ate carelessly, and since she didn’t gain any weight until she started having health complications, she was unaware of how her diet was impacting her health. “I ate whatever I wanted to eat before that,” she said. “My favorite meal was a triple Whopper with cheese from Burger King, add bacon, bun slightly dipped in grease, king size fry, milkshake and a Hershey chocolate pie on the side. That was my number one meal.” After researching holistic healers, including Queen Afua, Dr. Sebi, and Chef Ahki, Jones began to change her diet. After a month of intentionally changing the way she cared for her body, Jones healed many of her health complications, leaving her doctors shocked at her recovery.
click to enlarge 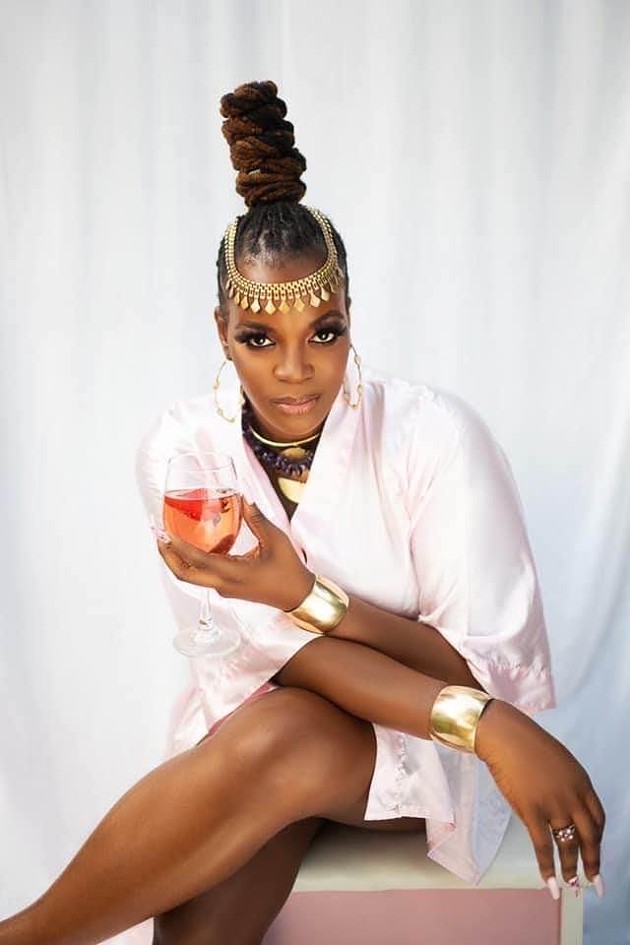 Shots by Somi
Cherica Jones, “The Yoni Lady,” poses with her newfound confidence.
Jones said she healed herself, and dreamed shortly after of doing the same for other women all over. She said one day the thought just came to her. “I would love to have a safe space for women to just come, cleanse, detox and unwind, laugh and just have fun,” Jones said. “And, it’s just like a girl’s room and that’s how the idea of the spa came. It was a goal.” The goal is now accomplished, and many women visit The Yoni Lady for their own holistic healing. Visit myyonilady.com for information.