IT WAS A sad day for America when the Weekly World News ceased its print publication.

Although an online version exists, it just doesn’t provide the tactile pleasure gained from actually holding the cheap, pulpy, smeary print version and turning its pages. What a thrill it was to stand in line at the grocery store and see a headline so awesomely ludicrous you just had to buy the whole damned issue.

“Newborn Baby Sings Like Elvis” and “Flying Cat Terrorizes Village” are just two of the most outrageous examples that come to mind. Any issue with Bat Boy on the cover was an instant classic, and who can forget that grainy image of what seemed to be a young boy with blazing eyes and frightfully sharpened fangs?

Bat Boy supposedly was discovered in a cave in West Virginia, but his adventures took him around the world. At one point, the Weekly World News reported that Bat Boy was fighting in Iraq, and published a color photo of hun attacking Saddam Hussein.

Two writers named Keythe Farley and Brian Fleming wrote a musical about Bat Boy, with lyrics by Laurence O’Keefe, that earned awards as the Best Off-Broadway Musical, so it was with great pleasure that I learned that the City of Savannah’s Cultural Arts Theatre would be putting it on. Performances will be held Oct. 12-21, just in time for Halloween.

The production is directed by D.J. Queenan. “It’s true that Bat Boy the Musical was inspired by the infamous character created in the Weekly World News, but I wouldn’t say the story is his as well,” Queenan says.

“The creators of this piece have developed a tale about the beginnings of the tabloid creature,” he says. “It’s almost as if they have developed a story that the Weekly World News Bat Boy might star in.”

In the musical, the young half boy-half bat is found in a cave in Hope Falls, W.Va. “The family of the town’s local veterinarian name him Edgar, and wind up making him a part of the family,” Queenan says. “The community at large barely begins to accept Edgar when, horribly, the mysterious nature of Edgar’s past is revealed.”

When Bat Boy falls in love with the veterinarian’s daughter and runs away with her, all hell breaks loose. “Can you think of a better time than Halloween for a musical based on a bat?” Queenan asks. “It’s a comedy. It’s a tragedy. It’s a musical!”

Queenan is directing a cast of 22 local actors and singers. “When this show was originally staged in London and New York, it had a cast of 10 to 14 players, so many of the most hilarious roles were double-cast to keep the size of the cast to a minimum,” he says.

“When we held auditions for Bat Boy the Musical, we were swamped with some of Savannah’s finest local talent,” Queenan says. “There was no way we were turning away more talented actors than we had to.”

The musical isn’t considered suitable for small children. “Although this show contains no foul language, it does involve some adult themes,” Queenan says. “Theater is most vital as an art form when it sines a light on who we are and causes us to question. I would view it as PG-13.”

The show is quite deliciously gory. “For me the biggest challenges have been putting 22 people on the Black Box stage, and of, course, the blood,” Queenan says. “Oh --- the blood!”

Ryan McCurdy plays Bat Boy. “I was talking with D.J. several months ago and said I’d never heard what his Halloween show was,” McCurdy says. “As soon as I heard, I knew I had to audition, because it’s one of my favorites.

“I grew up listening to 80s rock,” he says. “From that, I have a love of rock opera. This is a parody of rock opera, but the music is wonderful. When I listen, I hear Jesus Christ Superstar, I hear Tommy. They have referenced every rock opera that has come before in an interesting, telling, wholly original story.”

McCurdy remembers his first experience with Bat Boy. “I actually saw it in the grocery store when it first came out,” he says. “I immediately knew the Weekly World News was all false, especially the one about the 300-pound baby born to an 85-pound woman. But the photos were so comical.”

Despite Bat Boy’s gruesome characteristics, McCurdy is quite sympathetic to his character. “He was discovered in a very feral environment, but he was very contented,” he says. “He is a little violent, and tends to bite. But then he does have incisors that are one-and-a-half inches longer than they need to be.”

At first the townsfolk are accepting of Bat Boy, but later they become violent. “The more human they make him, the more animalistic everyone else becomes,” McCurdy says.

The role is somewhat uncomfortable physically. Bat Boy is barefoot for part of the musical, and McCurdy has to be careful not to step on anything sharp.

“I saw myself in makeup for the first time and sort of creeped myself out,” he says. “I had extensive vocal training and worked even harder because I have to sing with fangs. I have to adjust my tongue, really push my tongue down, in order to belt.”

The audiences may get more than they bargained for. “Because it’s a Halloween production, the audience needs to be aware of what is beneath their feet or behind them at all times,” McCurdy says. “Because it’s partly set in a cave, there’s not a lot of light.”

Ray Ellis, who is the chorus and assistant drama director at South Effingham High School, plays Dr. Parker. “I’m playing the bad guy,” he says. “This is the first time I’ve ever done something like this, so it’s great fun.”

Ellis found the soundtrack to Bat Boy online and bought it. “I fell in love with the music,” he says. “When D.J. told us he was doing it, I knew I had to audition.”

In addition to his day job, Ellis is music director at the Asbury Memorial United Methodist Church. “Even though the schedule is killer, this is a way for me to unwind and relax,” he says.

Cheri Hester plays Meredith Parker, the veterinarian’s wife. “I had read the script and loved it, and the music is absolutely fantastic,” she says.

Hester is the wife of the Rev. Billy Hester, pastor of the Asbury United Methodist Church, which also has its own musical production -- God on Broadway. Hester is busy with that, as well as Bat Boy.

“When you’re a mom of four, you learn to balance activities really good,” she says. “God on Broadway is on Sunday and Wednesday nights, and it’s just worked out where I haven’t had Bat Boy rehearsals.”

Hester started acting when she was 10, and is a graduate of the prestigious Northwestern University theater program. “Then I moved to New York, and lived there for 10 years, pretty much a working actress,” she says. “I did hand modeling, commercials, soap operas, a couple of Broadway shows and a couple of national tours.”

It was in New York that Hester met her husband, who is a native of Savannah. He was working as an actor, but earned a doctorate in theology and became a minister.

Bat Boy is quite a thrilling musical, Hester says. “It’s like nothing you’ve ever seen before,” she says. “The cast is great and D.J. is a wonderful director.”

“Bat Boy the Musical is a funny, beautiful story about the loss of innocence and scope of regret,” Queenan says. “With every rehearsal that passes, I grow to love it more and more.

“The performance given by Ryan McCurdy will amaze everyone who witnesses it,” Queenan says. “He has the ability to become otherworldly and yet still warm your heart. He is at one moment fierce, the next melancholy and the next hysterically funny.

“The set design by Danica Leigh and lighting design by Amanda Drescher will knock your socks off,” Queenan says. “All in all, it’s one not to miss.” 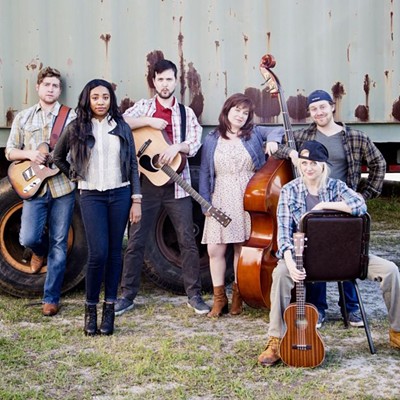 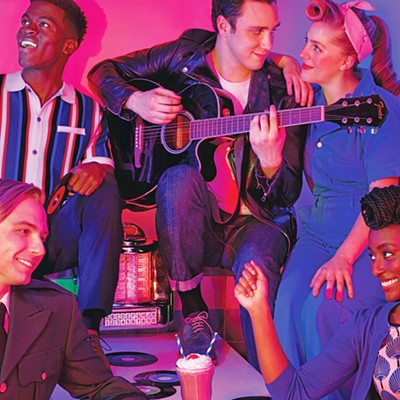