Homeless camps are a symptom, not the disease

Elliott is author of "Why The Homeless Don't Have Homes and What to do about it" and former President of Union Mission, Inc.

"Homeless camps are on the rise. Fifty percent of encampments have 11-50 residents while 17 percent have 100+ people." — National Health Care for the Homeless Council

YOU CAN’T help but see them and once you do, it’s like a bad wreck, you keep looking whenever you drive past.

The one under the Truman Parkway receives the most attention because it’s the most visible ... and it’s wretched.

City officials, the Georgia Department of Transportation, Chamber of Commerce, the business community, developers and the faith community express outrage. They mobilize resources and then fail to address the problems of public human squalor in a tourist town.

Religious zealots romanticize it while asking for funds! Talk about a lovely lady with a dirty face!

Why are there homeless camps when shelters exists for people in need of a roof over their head?

The awful answer is homeless shelters are not designed to end homelessness. They are designed to manage it. And for a couple of centuries they did that quite well.

Then homelessness changed but the shelter system didn’t.

Shelters are predicated on rules, expectations of self-help, sobriety and mandatory religious expression.

The Salvation Army is a church before it’s a shelter and if this point is pressed ... “Do you exist to help the homeless or to convert them” ... the answer is “save their souls.”

The same is true for today’s Union Mission.

“You never expect it to happen to you until it does,” homeless people explain, for the thousandth time.

As tragic as it is, the last thing a homeless needs or wants is judgement, cookie-cut rules not applicable to reality, mandated morality and that the one answer is “Jesus.”

In response, they’ve developed a working viable alternative ... shelters without walls ... communities with few rules ... no judgement ... self medication is allowed ... and religion is what a person needs it to be without strict admonishment for lack of adherence.

The new approach is obviously working for the homeless. Camps are growing like crazy.

The antiquated shelter system continues to demonstrate failure justifying itself with successful exceptions rather than the rule.

There is a solution, though it’s not an easy one. It’s not rocket science either.

The reason people are homeless is there is a lack of significant social relationships in their lives.

Current societal structures no longer weave a comprehensive tapestry of anything resembling a safety net.

What’s the answer to the growing alternative developed by homeless people themselves, an obvious alternative to government and religious responses?

They’re helping themselves ... pulling themselves up by their own bootstraps ... and weaving together a tapestry where viable ones don’t exist.

The obvious solution to the camps is to help them accomplish what they’re doing without us.

The answer starts with health care going to where the sick live rather than demanding they come to the sterile environment that doctors, nurses, psychiatrists, mental health professionals mandate.

Health care has to move into the camps, becoming a permanent foundation and part of the community building already taking place.

Physical, mental, domestic and societal health must be met first, and the only way to do it is to become part of the community.

The health care profession must reinvent itself by becoming part of, and not separate from, the community it serves.

It’s not as radical as it sounds.

Doctors make house calls again, only this time in shelters without walls -- “house-less calls” with consistency and discipline the profession requires.

Street Medicine is already an international movement but, sadly one Savannah — more importantly Chatham County who manages health for the community — ignores.

Health care must become part of the community building, elevating it to a higher level, which is the ultimate purpose of the discipline in the first place.

Jesus himself healed the sick first before other things follow and the community grows stronger as individuals grow healthier.

With the infusion of health, community building’s foundation grows into a stronger base as the most basic of ills are addressed enabling stronger decision making and purpose.

The community continues to elevate.

In the ultimate of ironies, housing options come last.

It’s only after the homeless person is strong enough in recovery of whatever the ails, has a strong enough support system in place, is capable of contemplating the management of housing, a most arduous task under the best of circumstances as things break, fall apart, neighborhood tensions mount, societal norms are enforced and Governmental regulation overwhelm.

The healthiest of persons has difficulty managing multiple systems simultaneously but one recovering from homelessness ... scared and failed by each helping discipline ... demand the appropriate supports to retain housing once established.

It is a long road to recover but ... not an impossible one.

Making what is real to a homeless person our reality — beginning with health care, followed by the other helping professions, last of which is housing — is the road map to eliminating homeless camps. 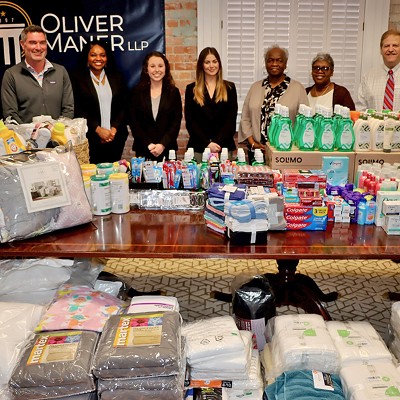 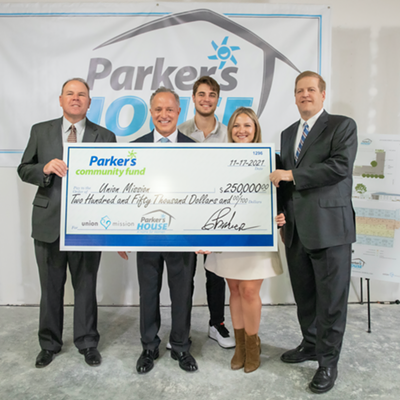