For more information about Hops & Barley, visit them at 412 Martin Luther King Jr Blvd or online at hopsandbarleysav.com. 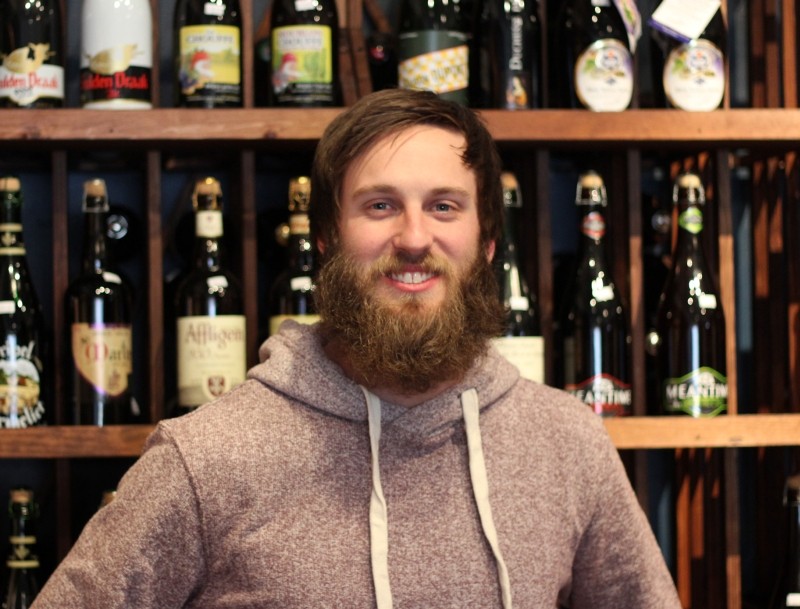 David Barker of Hops & Barley: ‘With the way craft beer has grown, I thought it would be cool to have a specialty place just for beer, and not just in the traditional liquor store environment.’ says David. “Savannah didn’t really have anything like this.”

DAVID BARKER looks the part of a craft beer mogul. As he leans back in the desk chair behind his sales counter, the long beard and relaxed attire belies the fact that his last career was actually in the buttoned-up banking industry.

After spending three years in North Carolina pursuing that track, the University of Georgia business school graduate relocated back to his home town of Savannah.

“I had no idea what I was going to do. I was unemployed,” he says. “A quarter life crisis to the extreme.”

One thing that was certain was that David had a passion for beer and the expanding craft beer market. A two month tour of European breweries in Germany, Belgium and Austria followed, and left him with an appreciation of the origins of beer.

When he came back to the States he sought part time work in a local package shop to learn more about his hobby. That knowledge led to an entrepreneurial opportunity.

“With the way craft beer has grown, I thought it would be cool to have a specialty place just for beer - and not just the traditional liquor store environment,” says David. “Savannah didn’t really have anything like this.” 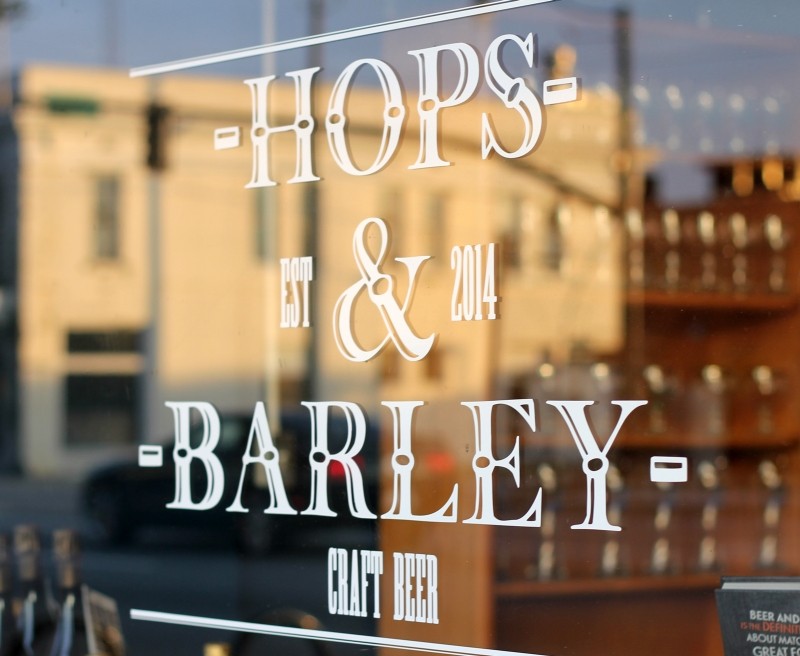 Hops & Barley exclusively sells American craft beers, select European beer brands and beer paraphernalia like books and glassware. The location is on a bustling section of Martin Luther King Jr. Boulevard near the I-16 on-ramp.

“This area of MLK is definitely growing and it will continue to grow.”

Formerly an art gallery, the raw space required limited build-out for the “cave” as David calls it. The dark walls and wood shelving visually echo the concept and needs of a beer cellar.

“It helps with the longevity of the beer - not to have a bunch of fluorescent lights,” he says.

The visual showstopper in the space is the hand-built sales counter made by RetroFit Custom Design from repurposed pallet wood.

Walking into the shop, visitors are greeted by a large display highlighting local Savannah breweries, perfect for both locals looking to support their hometown brewers and downtown tourists searching for native brews.

Ultimately, David is looking to reach not just those in search of a solid beer choice, but also help expose traditional wine and liquor drinkers of the diversity in the beer market.

“Beer has become a lot like wine. Flavor profiles are so complex that people drink it and talk about it like they would a fine wine. Subtle notes, aromas, mouthfeel. It’s to that point.”

David’s next steps involve increasing his inventory. That process may eventually include an in-house bottle aging program. But for now, he’s concentrating on educating and serving his growing customer base.

“Hopefully people can find good beers they’ve never had before and leave wanting to come back after having a good experience.”

I asked David to choose three beers from his current inventory that he thinks people should try. These were his selections.

This Oklahoma brewery has only been in Georgia for a few months and its fantastic spiced imperial stout Bomb! quickly sells out whenever it hits local shelves. Despite its relative lack of scarcity, Birra shouldn’t be overlooked, especially by those who crave a refreshing but complex beer that pairs amazingly with just about everything.

David says: “This is a fantastic saison.”

Direct from Bruges, this funky, slightly sour beer benefits from the addition of brettanomyces yeast which complements traditional tripel notes of pepper and bubblegum.

David says: “A lot of people say brett smells like horse blanket, but I love it. It tastes great.”

If you’ve never had a “smoked” beer, this is the real deal. This savory treat is a unique sensory experience for those who want to taste the outer limits of what beer can be.

David says: “I’m a sucker for German stuff and I love rauchbier. This is bacon beer...in a good way.”