Hoptimization of the Brewing Process: How Beer is Made is part of the Robert I. Strozier Faculty Lecture Series and will take place on Friday, April 13, noon-1 p.m. in the Student Union Ogeechee Theater on the Georgia Southern University Armstrong Campus.

HAVE YOU ever wondered how beer is made, or what gives beer that skunked flavor? Are you interested in local microbreweries, or home brewing?

We’ve talked about these topics in this column often, but now you have the opportunity to hear about these processes from professionals. Not brewers, in this case but chemists who have invested time and efforts in studying the chemical processes in each step of beer brewing.

On April 13 Georgia Southern University Armstrong Campus professors Sarah Gray and Sarah Zingales will present their research on the chemistry of brewing as part of the Armstrong Campus Robert I. Strozier Faculty Lecture Series. 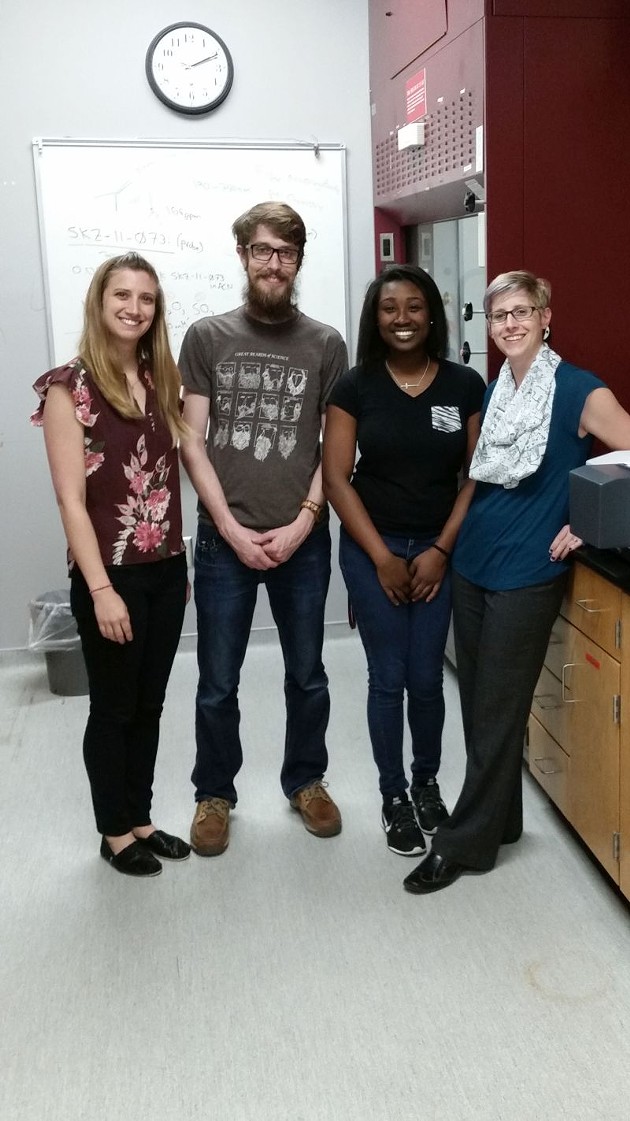 I spoke with Doctors Zingales and Gray to discuss the talk and their projects.

Tell me about your project.

Dr. Zingales: We have two projects. The first one was to use instr umentation available in our chemistry laboratory to validate the IBU calculations for various beers. We used a standard method developed by the American Society of Brewing Chemists to isolate the chemicals responsible for the bitter flavor in beer (isohumulones) and determine their absorbance of light at a certain wavelength. This, combined with taste-testing and a standard formula used by brewers, is used to determine how bitter a beer is. The second project is ongoing and is in the beginning stages. The end goal of this project would be to create color test strips (like litmus paper) that could be used to tell when beer has skunked, or otherwise gone bad. The hops that are added to beers to give them the bitter flavor found in IPAs can degrade under certain wavelengths of light to produce a chemical called MBT (3-methyl-2-butene-1-thiol), which has a skunky smell and taste. We are developing chemical sensors that react specifically with MBT so that we can determine if even trace amounts are being produced. This would allow brewer’s to know how long their beers are shelf-stable and allow consumers to test for a skunked beer before they take a sip.

Did you brew a beer as part of the process?

Dr. Gray: We have not brewed our own beer. Our collaboration with Southbound Brewing Company has allowed us access to samples from throughout the brewing process that we can use to test our procedures.

How did you become associated with Southbound?

Dr. Gray: One of our colleagues, Mitch Weiland, used to work for a brewery and originally got us interested in the chemistry of brewing as a research project. We wanted to find a local brewery to work with so that our students would be able to see how the chemistry they learn in the classroom works in the real world. We reached out to Southbound Brewing Company and were connected with their Brewmaster and Managing Partner Smith Mathews. Smith has been great to work with; he was interested in our project from our first pitch, and has been very generous in providing us samples to test.

How did you become interested in beer and brewing? Was this related to your research or a side project?

Dr. Zingales: I’ve always been interested in brewing and have done a bunch of home brewing myself - mostly wine and a few beers, even helped a friend with some small batch distillations. This combined with my background in organic synthesis of small molecules and fluorescent/colorimetric sensors along with Dr. Gray’s expertise in analytical chemistry created this collaboration.

Dr. Gray: The irony for me is that I don’t actually like beer. The project started as a side project, and turned into a larger project for my lab. As an analytical chemist, I often work to quantify amounts in samples. The type of sample can vary, and happens to be beer in this case.

Tell me a little about the talk, what you expect to cover?

Dr. Zingales: We will discuss the main components of beer, the flavors of beer (with samples!), what it means for a beer to be skunked, and how our research project could help determine if a beer is skunked and create more accurate “best by” dating. We will also discuss our validation of the IBU calculations used in brewing Southbound beer.

What do you plan on doing with the work you’ve done in this project?

Dr. Gray: This project started several years ago and has mainly been carried out by undergraduate research students. Our students have presented their work at regional conferences and our two current students will present at Georgia Southern University’s Student Scholars Symposium later this month. In the future, we plan to publish our methods so that independent breweries would be able test their samples in-house without needing expensive scientific equipment or having to pay to send out samples for analysis.