How do we know how to pronounce ancient Egyptian? 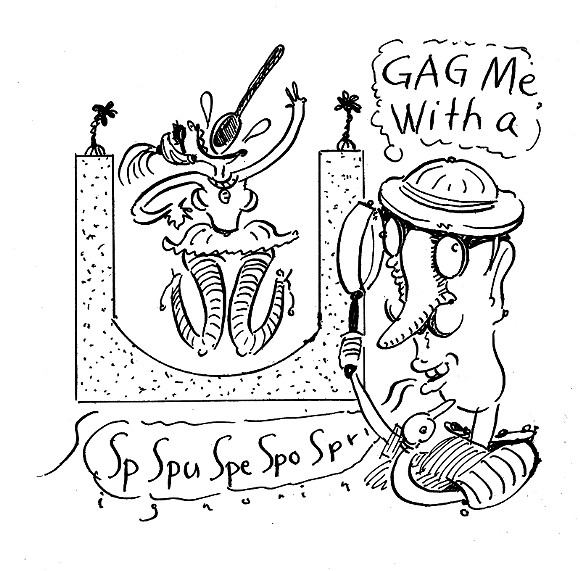 How do we know how to pronounce proper names in ancient Egyptian? I understand the Rosetta Stone gave us the ability to translate hieroglyphics, but how do we know two birds laying eggs is pronounced “Tutankhamun”? —Dave K., Milford, Connecticut

SOME are now thinking: who cares how we know this? This is shallow. Fact is, David, we do know, more or less. And how we know is a fascinating tale.

It won’t surprise you to learn our knowledge of how to pronounce Egyptian hieroglyphics begins with the Rosetta Stone. Discovered in 1799, the stone is a black granite-like slab on which a decree by Ptolemy V is inscribed in three languages—hieroglyphics, what’s now called demotic script, and ancient Greek.

The message itself, issued in Memphis in 196 BC, is of little consequence. (Short version: I, Ptolemy V, have done great deeds. Worship me, dudes.) What makes the Rosetta Stone special is that each language conveys an essentially identical message. In other words, the Rosetta Stone is a hieroglyphics cheat sheet.

The two researchers who vied to translate the Rosetta Stone were the French linguist Jean-François Champollion and the English freelance genius Thomas Young. Young had the first breakthrough, discovering that demotic script was actually a cursive version of hieroglyphics. However, like everyone else at the time, he thought both hieroglyphs and demotic characters were ideographs—that is, each symbol represented a concept, as with the components of Chinese characters, rather than representing only a sound, as with the Latin alphabet.

A string of glyphs like “bird-snake-man-river” was assumed to mean something, but no one thought you could pronounce it like a sequence of letters.

Young believed some hieroglyphs were phonetic—specifically, those used to spell out the names of foreign rulers. Hieroglyphs representing kings and queens were often enclosed in an oblong border called a cartouche, making them easy to spot. The glyphs representing Egyptian rulers’ names were believed to be purely symbolic, not phonetic.

But since foreign names had no local equivalent, they could only be expressed phonetically, suggesting the glyph strings in those cartouches had to be pronounceable.

This proved to be the key to decoding. The Rosetta scripts encoded different languages. But proper names would presumably be pronounced similarly regardless of language.

Young tried to assign phonetic values to the cartouche glyphs, but translated only six before giving up. The task fell to Champollion.

He made two breakthroughs. The first was comparing the demotic characters signifying Ptolemy on the Rosetta Stone to those representing Cleopatra in a separate example of demotic. He found characters corresponding to the Greek equivalents of P, L, T, O, and Ein each name. In other words, demotic characters didn’t just symbolize concepts; they spelled out how words were pronounced. (As you may have guessed, in Greek the P in Ptolemy isn’t silent.)

Champollion’s next brainstorm was more of a leap. First he identified the hieroglyphs corresponding to various demotic characters. Then he took the hieroglyphs for Ptolemy on the Rosetta Stone and compared them to those on an obelisk, in a cartouche known to signify Cleopatra.

Sure enough, he found the P, L, O, and E hieroglyphs exactly where he predicted. What about the T? Champollion deduced he’d found a hieroglyphic homophone for this letter—that is, another symbol having the same pronunciation, as with our F and PH.

Champollion set about finding other correspondences between Greek letters and hieroglyphs. In 1822, he found non-cartouche-enclosed hieroglyphs spelling out “Ra-mes-ses” (i.e., the name Ramses, used by numerous pharaohs). Bingo! Champollion’s work wasn’t confirmed until 1866, when another multilingual text was discovered. But he’d figured it out.

The ancient Egyptians weren’t the only ones with a glyphic language—the ancient Mayans had one too. Early Spanish explorers attempted to record the Mayan calendar symbols in Spanish, producing a potentially Rosetta-like transliteration, but made a fatal error and got lost.

Translation of Mayan glyphs made no real progress until 1952, when Russian linguist Yuri Knorosov pointed out the critical wrong turn in early attempts: the Spaniards assumed each Mayan glyph represented just one sound, whereas really each represented a syllable, or set of sounds, similar to Japanese kana writing.

The ingenuity of linguists in matching up sounds notwithstanding, without some Rosetta-type document or connection to a living language, translation of dead tongues is close to impossible. We have some idea what ancient Etruscan sounded like because Greek and Etruscan letters tend to be used interchangeably in surviving Etruscan writing samples. But for the most part no one knows what the writing says.

So that’s how we know how to pronounce ancient Egyptian names. That’s not to say an ancient Egyptian would know what you were talking about if you chronoported back to Thebes in the second century BC and asked to see Tutankhamen. As any American knows who’s earned Parisian scorn trying to communicate with just a French-English dictionary, the Latin alphabet gives only a rough idea of pronunciation.

One wonders how, without a surviving recording, someone in the future would phonetically translate North Dakotan, Cajun, or Valley Girl versions of English.