How Green is your ville?

MY FAMILY and I got out of town for a few days last week, camping up in the northwest corner of South Carolina. On the way back home we stopped in Greenville, S.C., to get a bite to eat and walk around.

It had been quite awhile since I’d been to Greenville, and boy has it changed.

If all you know about the place is ultra-conservative Bob Jones University, you’ve missed the boat. Downtown Greenville boasts one of the most tasteful and visitor-friendly downtown renovations I’ve seen anywhere. There are surely some lessons there for Savannah as well.

Most of Greenville’s Main Street from the Hyatt down to the most recently restored area, the West End, is an unbroken scene of diverse restaurants, quality shops without tourist schlock, and — gasp — actual sidewalk cafes with actual sidewalk seating! The horror!

As with most downtown renovations around the U.S.—Savannah being a curious and notable exception—colorful banners hang from Greenville’s street lamps, calling attention to the latest festival or cultural happening going on.

Why Savannah doesn’t do more of this is a total mystery to me. A single eight-foot banner at the corner of Drayton and Park to promote the Shakespeare Festival or Picnic in the Park is all well and good, but not enough. Certainly there are other places to hang attractive banners calling attention to those events, or to other events like the Telfair’s Juneteenth Week or the Savannah Asian Festival or the Savannah Film Festival or Archaeofest at Battlefield Park.

City Council routinely passes millions of dollars in expenses for infrastructure improvements and maintenance, usually quickly and unanimously. But apparently the cost of 40 or 50 two-by-four banners and a small crew to put them up is too high to bear.

(This is not something that should be shoehorned out of the Cultural Affairs budget, by the way, but that should be an important City/Chamber of Commerce/CVB priority. Throw us a bone here, Michael Brown! Whassup, Bill Hubbard? Say it ain’t so, Joe Marinelli!)

The centerpiece of downtown Greenville — sort of their River Street — is Falls Park on the Reedy, a clean, well-manicured riverside vista where people can wade in the water, picnic, sit and chill, or take in the view from a pedestrian bridge over the river. It’s an eye-opening comparison to our own River Street, which lately seems to be experiencing a return to its seedy waterfront roots and is decades overdue for a legitimate upgrade.

I mean, Savannah River Landing is great and all — great for a marshy sump next to a wastewater treatment plant, that is — but what’s River Street, chopped liver?

Let’s just cut to the chase: There are a lot of people in Savannah with dislocated shoulders from patting themselves on the back and sore rear ends from resting on their laurels. But if they’d take a break from their mutual admiration society, they’d see that some other cities are flat-out kicking our well-rested butts when it comes to smart revitalization.

As for the usual comeback when I compare Savannah unfavorably to another locale: “Why don’t you just move there, then?”

Hey, don’t tempt me. There’s no weekly independent paper in Greenville — yet! 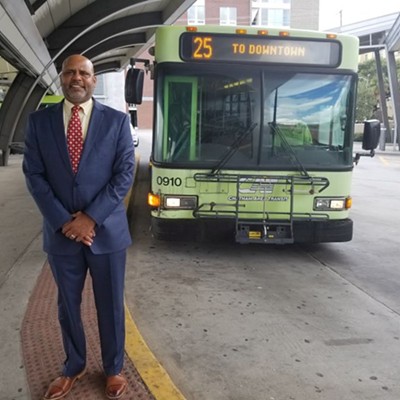 Economic benefits of bike trails are passing Savannah by 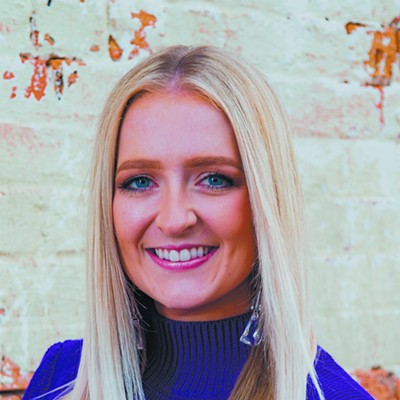