How Jamie Casino brought the hammer down

Behind the scenes of the viral Super Bowl ad 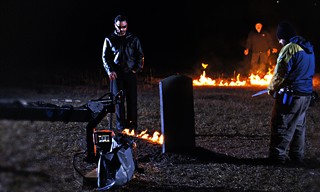 YOU'LL ALWAYS REMEMBER where you were when you saw the Jamie Casino Super Bowl ad.

The game itself may have been over literally after the first snap, which sailed over Peyton Manning's head. For those in the Savannah viewing area, however, there was no shortage of drama or suspense when the Casino law firm commercial came on the air at halftime.

Conversation stopped in thousands of homes in Chatham, Effingham, Bulloch, and Bryan counties, as revelers put down their Bud Lights to take in the addictive, hallucinogenic quality of Casino's over-the-top yet undeniably gripping two-minute spot on the local Fox affiliate, put together by e3 Media.

It tells the story of Casino's "conversion" from defense attorney to crusader against crime and police corruption, with a death metal soundtrack. The spot takes us from the interior of St. Paul's Greek Orthodox Church to a cemetery, where Jamie Casino swings a Thor-like hammer of the gods at the tombstone of his brother Michael, murdered along with Emily Pickels in a 2012 shooting.

We spoke to First Assistant Director Angelique Chase and Location and Casting Director Chip Lane, two crew members on the commercial, which was put together this past January in only three full shooting days.

CS: How in the world did you get permission to shoot in St. Paul's?

Chip Lane: My understanding is that one of Jamie's junior attorneys is a member of the church. He set that up. That was one of the first places we shot. Jamie really loved all the icons and everything.

CS: Where did you get the ridiculously perfect heavy metal soundtrack?

Chip: That was Jamie. He brought in that song before we even had locations. A lot of filmmakers do this, they'll have a particular song in mind first. He liked the message — the song is called "The Devil Gets Your Soul." It's by Nick Nolan. Jamie just found it on one of those sites where you buy the rights online.

CS: Who storyboarded this thing?

Angelique Chase: Jamie did! He didn't know exactly what a storyboard was beforehand [laughs]. By the time it got to me, as first assistant director, my job is to put everything in order. The producer said, yeah, Jamie drew them up. There were about 35 pages of storyboard. That's a lot of storyboard! And I would say we used 95 percent of it. Jamie had such a clear vision of what he wanted, yet he was humble enough to know he didn't necessarily know how to make it all happen. So he surrounded himself with as many creative, knowledgeable people as he could.

CS: The daytime cemetery scene was in Laurel Grove. But where was the climactic scene when Jamie brings down the hammer of God on Michael's tombstone? Also Laurel Grove?

Chip: No, that was a clearing on some property just outside JCB, between JCB and the Mighty Eighth Air Force Museum. We shot on the coldest day of the year. It was 18 degrees outside. We were concerned about the camera freezing. We were shooting on a Red Epic, basically this unbelievably expensive camera. Jamie actually bought that camera, by the way, it's his. We also had issues with the smoke machine, with the water, with the fire.

Angelique: That was one of the things Steve Withers did, a digital special effect in post. We shot with the stone there, and then there are shots with the stone gone, and Jamie slinging the sledgehammer.

CS: The flames are CGI too?

CS: Where do you get a sledgehammer like that and can I have one too?

Chip: Jamie had two hammers custom-made. He actually broke one on the tombstone.

CS: Wait, what? Isn't the whole point of a sledgehammer that it doesn't break?

Chip: We tried to see if the tombstone would break first. Jamie hit the heck out of that thing and ended up busting a piece off the handle.

CS: Who made the tombstones?

Angelique: The people who actually make real tombstones were like, 'Are you kidding? There's no way we can make them that quickly.' So we had to figure out how to have tombstones made, with names, in three days. Our production designer Bobbie Harley had a friend pour concrete in the shape of a tombstone. We had four made in total. We were pretty much all breathing on them hoping they would dry in time for the scene.

CS: Where were each of you when the ad actually came on?

Chip: I was in Atlanta during the Super Bowl shooting a national commercial for Ryan's Steakhouse. My phone started blowing up at halftime. Everybody was like, 'I saw you on that commercial.' I also play a cop in it. The next day a Ryan's ad exec comes up and asks if I was in the Super Bowl ad. He said, 'I don't know if you know this, but that thing has blown up on the internet.' I said, yep, that was me. Then he turned to someone and said, 'I told you that was him.'

Angelique: My story is I was at a friend's house watching the game. I warned everybody beforehand that when it gets close to halftime everyone has to shut up. As soon as I heard the music start, I yelled 'Everybody be quiet!' When it was over there was sort of a long pause. Then they were all like, wow, that was pretty good. 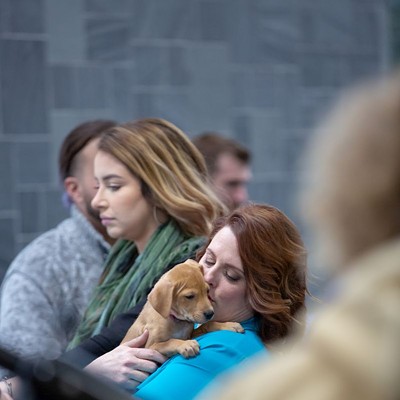 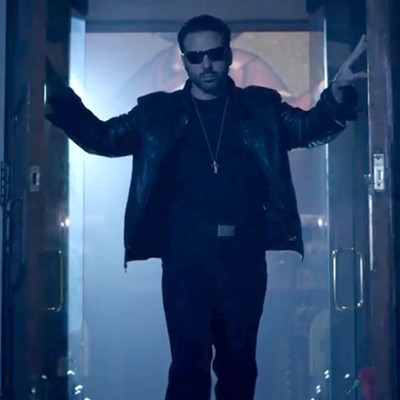