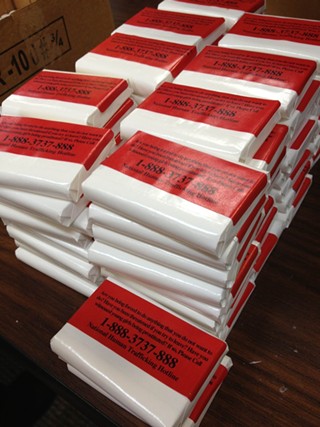 How can you help?

Many organizations are working worldwide to stop human trafficking. The DREAM Project Foundation works to stop the exploitation of children in Southeast Asia by community building and education. You can help DREAM by attending The Taste of Art this Tuesday, March 26. Showcasing music from the Accomplices and fine food (including a rare tasting of Yaupon Tea and Avondale Apiary honey), The Taste of Art combines Savannah’s refined style with its boundless willingness to help others. “Our entire community has jumped on this event,” says organizer Erin Wessling, who visited a DREAM House in Thailand earlier this year and was captivated by the children she met. “They’re not recognized citizens because they come from tribal families, making them very susceptible to human trafficking.” The list of donated works is a Who’s Who of the Savannah art world: Silent auction items include works by Sam Bryer, Betsy Cain, Denise Carson, Thomas Cook, Lorie Corbus, Matt Hebermehl, Katrina Schmidt-Rinke, Lane Huerta, Marcus Kenny, Susan Laney, Tobia Makover, Juliana Peloso, Will Penny, Michael Porten, Christine Sajecki, Katherine Sandoz, Cedric Smith, Heather Lindsey Stewart, Meredith Anne Sutton, Dicky Stone, Elizabeth Winnel, Ikeda Feingold and more. “We have such a supportive environment for art in Savannah, and people recognize that they can use it to help these children have a safe place to live and go to school,” says Wessling. “With even a modicum of education, who knows who these kids could become?” All proceeds benefit the DREAM foundation. cs The Taste of Art 6-10 p.m. Tuesday, Mar. 26 Leoci’s Trattoria, 606 Abercorn St. Tickets: $45 each/$80 a pair advance; $50 at the door Info: taste_of_art.eventbrite.com

While many got ready for St. Patrick's Day weekend by cooking up cabbage and picking out green jeans, one group had a different set of preparations.

Members of Savannah Working Against Human Trafficking (SWAHT) gathered at Southside Baptist Church before Savannah's busiest tourist weekend of the year to wrap 12,000 bars of soap with an important phone number: The National Human Trafficking Hotline.

Human trafficking is defined as modern day slavery — not as a sensational descriptor or an exaggeration, but as the true nature of an insidious, and mostly hidden, crime. Victims are coerced, forced or tricked into prostitution and/or domestic work, and many of them are young girls. Because they may be dependent on and fearful of their captors, they rarely have the opportunity to seek help on their own.

That's where the soap comes in.

Part of the outreach program Save Our Adolescents from Prostitution (SOAP), the wrapped bars are distributed to hotels and motels during major events where prostitution is in high demand: Car shows, golf tournaments, the Super Bowl. Pimps often rent a room for the night and bring clients to be serviced by a girl, who may perform up to 25 sex acts in one day. Arrangements are made through websites or cell phones, leaving no trace.

The hope is that victims trafficked an area will see the soap and call the 24-hour hotline.

Another aim is to encourage those who are suspicious that someone is being sexually exploited to report what they see. Information is stored in a database and calls are routed to local law enforcement.

Former trafficking victim and The Slave Across the Street author Theresa Flores was in Savannah to help train SWAHT volunteers and mobilize teams to bring the soaps to local hotels. Now a national speaker in high demand, Flores started S.O.A.P. as a way to educate people about the "silent epidemic" of human trafficking in the United States. She reminds that though modern day slavery is difficult to document, it is ubiquitous throughout the United States and the world, second only to the drug trade.

"We know human trafficking happens in India where parents sell their girls to pay a debt, but we don't think it can happen in cities like ours," said Flores in a 2011 TEDx talk.

She cited an FBI study that estimates that 100,000 American kids are coerced into prostitution every day, and some of those may very close to home.

Savannah is already a known human trafficking hub, and with almost a half million visitors filling the city's hotel rooms during St. Patrick's Day, the time and place are ripe for bad people to set up shop.

"Human trafficking takes place in port cities, tourist cities, places with access to major interstates, where there is a military presence," says Toni-Lyn Keller, a SWAHT volunteer who has traveled across the U.S. and abroad to help victims. "Savannah has all of those things."

The Hostess City made national news earlier this year after a two-year federal investigation uncovered a sex trafficking ring that revolved around numerous local spots and encompassed other cities along the I-95 corridor, far into North Carolina and Florida. Dubbed "Operation Dark Night," the investigation has yielded 25 arrests so far, focusing on the traffickers and their clients rather than the sex workers, many of whom were kidnapped from Mexico and coerced with threats to their family members.

In 2011, Georgia legislators were praised for "turning up the heat" on human trafficking by passing a new law that penalizes traffickers with longer prison sentences and protects underage victims. But advocates who want to eradicate human trafficking know that the Dept. of Homeland Security, U.S. Immigration and other law enforcement entities depend on information collected by everyday people — including hotel employees and guests that may observe telltale behavior.

"A lot of the time, these girls don't have access to a phone, even if they realize there is help out there," says Keller. "By educating others to call in what they see, it increases their chance of rescue."

Before St. Patrick's Day, SWAHT volunteers helped made the rounds to hotel managers with the soaps as well brochures on how to identify victims.

• Not being able to speak on their own behalf

• Not being allowed to handle their own money

• Bruises or other signs of physical abuse

If you suspect someone is a victim of human trafficking, call the National Hotline at 1-888-3737-888 (it looks odd, but the spacing makes it easy to remember.) Once a call is made, efforts are made to contact local law enforcement, create a rescue opportunity and find a safe house. The hotline is supervised by the Polaris Project based in Washington, D.C.

Keller laments that it will be hard to track the effects of SWAHT's St. Patrick's Day efforts but counts Flores' appearance in Savannah as invaluable.

"It was very informative, and a lot of people there were hearing about this for the first time," she says. "We were able to openly discuss the issues going on in our own city, and wrapping the soaps allowed us to come together as a community to raise awareness and more tangibly aid in potential rescue."

For someone trapped in a situation without any means of escape, a tiny bar of soap can holds so much hope, Keller adds.

"It's an outlet to reach out to these young women who otherwise have no voice."

who visited the DREAM house earlier this year.

our entire community has jumped on this event. 25 artists donating their time and expertise.

They're not reconizeg citiens because they're tribal. That makes them very sucscptple to human traffkciking.

They all have these amazing dreams of who they want to become.

some are painters, draw no instruction whatsoever. Let's use the art as the catalyst so many we have such a supportive art enviroment here in Savannah. We can provide these chidlren a modicum of education and support, who knows what they become.

Connecting Savannah major art valued here use it as a way to provide a chance for these kids. 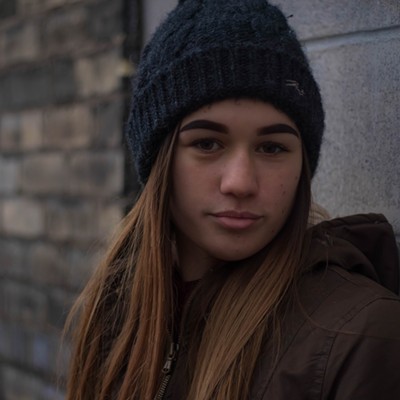 Fighting the scourge of trafficking