If you give a kid a book

A conversation with Laura Numeroff, one of the guests at this year's Chidlren's Book Festival. 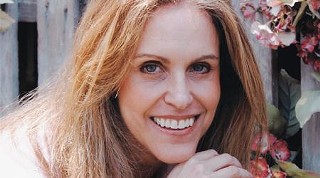 Laura Numeroff, author of If You Give A Moose A Muffin and its sequels

Among the list of accomplished local and national authors appearing at the Children's Book Festival this week, one of the most notable is Laura Numeroff, who turned a lifelong passion for reading into a successful career that has spanned decades, and included beloved titles like If You Give a Mouse a Cookie, What Mommies Do Best, and Dogs Don't Wear Sneakers. We talked with Numeroff by phone from her home in Los Angeles about her career and why she loves writing for children more than adults.

When did you realize that writing children's books was your calling?

Laura Numeroff: I was an avid reader when I was young. I remember getting my library card and going to the library. In those days, you were only allowed to take 6 books at a time - now I think you can take as many as you can - I would have had absolutely no time do anything. I loved reading. I started having some ideas for my own stories. When I was nine I wrote some stories and drew some pictures. It's like when a little girl goes to the ballet and gets the light bulb over her head. I just knew that was what I wanted to do.

It seems like such a simple premise at first glance, but it's obviously caught the hearts and minds of millions of children. Where did the inspiration for the "If you give a..." series come from?

Laura Numeroff: That's the question I get asked the most. That wasn't my first book. I have nine books prior to that that I wrote and illustrated, and that are out of print. The idea just came to me on a long boring car trip. I was acting silly and childlike, like I am. The whole story came to me on that car ride. I came back to where I was living in San Francisco, it makes me feel so old, on a typewriter - it wasn't even electric - and it took me two hours. I sent it to nine publishers and they all rejected it. Then Harper bought it. They didn't do any promotion. It basically sold itself. I arranged some book signings locally, and I guess somehow it took off. Then they decided to do a sequel. After Pig and a Pancake, I was offered a contract.

When you have a book that's so successful is there a lot of pressure to do the same thing over and over? How do you break out of that and keep from being pigeon-holed?

Laura Numeroff: The pressure is coming from me, not the publisher. When I wrote Mouse, it just came to me - beginning, middle and end. I didn't even realize I had written a circular story. They are very hard to write. The more books I've written, the harder it is to sit down and write the circular story, knowing what it is now, and having to re-create it.

What's the hardest part about writing for kids?

Laura Numeroff: For me, the hardest part is I have lots of ideas, but they don't always translate into a book with a beginning middle and end - so taking it from a germ of an idea and making it into a whole book. You have to capture their attention pretty quickly. As we know, their attention span is often minute, especially the little ones, and create something for them that they'll enjoy and find funny.

What's your favorite thing about writing for kids?

Laura Numeroff: The look on their faces when I read to them, and hearing them giggle. Also I get a lot of letters and emails from parents and teachers of autistic children and they say they enjoy my books because of the predictable, circular repetition, and that makes me - I can't even tell you how much those letters mean to me.

When you're working on a project, is there any sense of ‘this is gonna be a big thing,' or is each project the same until you see how people react to it?

Laura Numeroff: If anyone knew the formula, there would be a lot more classic books and a lot more best sellers. With the If books, you kind of know what's gonna happen just because it's built up an audience, and when people like authors they just wait for the next book. My other books that are lesser known, sell ok, but not as well as those.

'And then we moved'