ONE MIGHT say that Western Civilization can be traced back to one act of extreme code enforcement. According to Livy, it occurred on April 21st, 753 B.C.E.

Twin brothers Romulus and Remus, fresh from having deposed the ruler of Alba Longa, who had been messing with their sheep, decided to found their own city on the banks of the Tiber River.

The brothers disagreed on where to start. Romulus chose the Palatine Hill, and began to mark out where the walls of the city would be.

He took this very seriously, and declared that these boundaries were sacred and inviolate.

Remus mocked Romulus. He hopped back and forth over the lines in the dirt, laughing that they meant nothing.

So, to prove that they did mean something, Romulus killed Remus on the spot. Rome would have order, dammit.

We all know that Rome then grew to be the greatest city of the ancient world. The Roman Empire spread itself by the act of building cities (and absorbing those that already existed).

That’s what the spread of civilization was – the bringing of cities, and their order, to areas where they had been absent.

Thus, the behavior that one adopts in order to live in a city, and share space with others, is to be civil. 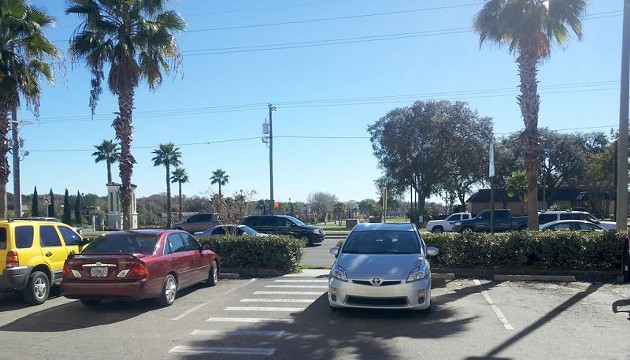 Still, to this day, there are barbarians among us – those that ignore the rules of civility, both written and unwritten, making the act of city life more difficult for the rest of us.

They don’t pick up after their dog. They leave their trash cans out all week. They talk loudly on their phone in public.

Increasingly, they now listen to music or videos from their phone without earbuds.

But it’s the vehicular incivilities that always bother me the most. For instance, the guy (it’s almost always a guy) idling in the fire lane at the grocery store or department store, because he can’t be bothered to actually go park in a space while he waits on his significant other.

Now you may say these people are waiting for someone with a disability, but usually there are not. They are just lazy and narcissistic. I watch. I know.

And while we are on parking, let’s discuss the greatest of all my incivility pet peeves: What I have come to call “combat parking.”

This is when someone decides to back into a parking spot, so as to be head-out, rather than head-in (pulling through two spots to be head-out doesn’t count).

This maneuver in a busy parking lot, like at Target, always causes confusion, delay, and anger.

What benefit does the combat parker gain? My research has brought up a few articles that claim parking like this is safer for pedestrians in the lot, especially when the car is going to leave, and can do so head-out. However, there is no empirical evidence to back this up.

Also, general urban design wisdom holds that the opposite is true – anything that makes drivers feel more confident is generally bad for pedestrians. Drivers should be kept as alert and cautious as possible.

But the true reason that I suspect most people combat park, and the reason that I call it that, is far more stupid. Amazingly, I heard it explicitly expressed in an NPR broadcast of Planet Money back in August.

Episode #791 of this show, which I listen to as a podcast, was titled “Tips From Spies.” The first two segments interviewed people actually in the intelligence community.

The first described the Data-Analysis-Decision-Action (DADA) thought process for tactical problem-solving. Interesting, but kind of a no-brainer.

The second described the bane of all intelligence operations in urban areas – Little Old People (LOPs) – always looking out of windows and noticing if anything in the neighborhood is awry, at all hours. Amusing and true.

The third segment broke form and interviewed someone who reports on the intelligence community for NPR, rather than someone actually in it. This reporter actually recorded herself as she combat-parked at a Kroger, acknowledging while she did so that she was totally disrupting other drivers around her. Why?

“So that you can get out of a bad situation fast.”

I almost threw my iPhone out the window of my truck when I first heard this segment (side note, this must be how Trump supporters always feel listening to NPR).

The reporter also taught her baby-sitters to park this way, and urged that everyone should do it. Did a spy tell her this? Any security professional? Of course not.

This is an absurd, irrational attempt to feel safer in a world where we hear about active shooter scenarios on a daily basis. But despite their frequent occurrence, I have never heard the words, “Anderson, we survived today because of head-out parking.”

So here are your two Urbanist View approved parking options:

Don’t back into parking lot spaces. Head-first, always. Pull through if you can. That’s fine.

If you must be head-out, always, park in the Black Friday hinterlands. You can probably find a spot to pull through, or at least not annoy everyone in the more congested part of the lot with your asinine combat parking.

Give up your barbarian ways and be civil, dammit. We are all trying to share space in the city.