IT’S A STORY of selfless heroism so compelling, so gripping, that you almost feel like it couldn’t really have happened.

He would intentionally give himself up for capture to become a prisoner there so that he could report back on what was going on.

Not only that — he was going to try and organize an attack on Auschwitz from within.

Beginning with his intentional surrender in 1940, Pilecki (pronounced pill-ESS-key) survived for two years within the camp and organized a small army of saboteurs and resistance fighters inside. He assassinated Nazi informants and officers. 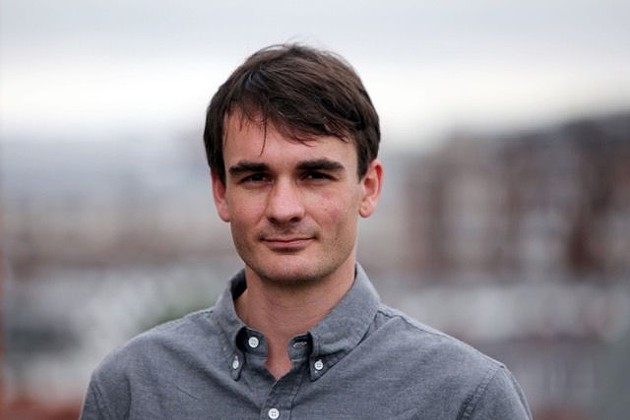 At least one particular SS officer met his demise through typhus. Pilecki and his comrades had harvested typhus-bearing lice from the camp to put on SS officers’ jackets.

In 1943, Pilecki escaped from Auschwitz, to discover that virtually all of his warnings and attack plans were ignored by Allied authorities. While acknowledging the existence of the Holocaust inside the Nazi death camps, they had decided on a non-interventionist policy towards them, as the larger war against Hitler was fought.

Proving the old adage that “no good deed goes unpunished,” Pilecki’s reward after the defeat of the Nazis was to be deemed a traitor by Stalin’s Soviet communist regime, which had taken over Poland during the Russians’ steamroller push into Germany in the war’s late stages.

Any expression of Polish patriotism was seen as treason against the Soviet state and against world communism.

With the Iron Curtain of the Soviet Union firmly closed, Pilecki’s story went untold for decades. Using oral histories and never-before examined documents – some classified as secret until recently — author Jack Fairweather tells the amazing story in The Volunteer: One Man, an Underground Army, and the Secret Mission to Destroy Auschwitz.

This past January, Fairweather received the prestigious Costa Book of the Year Award for The Volunteer. He appears at the Savannah Book Festival Sat., Feb. 16. We spoke to him last week.

Before we get into the book, congratulations on your new Costa Book Award. Tell us about where you were when you found out? How did it feel?

It was in London, they had the finalists all there. In front of about 500 people, they opened an envelope and read the winner. I was so shocked. Not that I didn’t think the book deserved to be up for the award, but to see your name flash on the screen -- I was bowled over. I was especially happy to be able to dedicate the win to Witold Pilecki’s children — they are still alive. 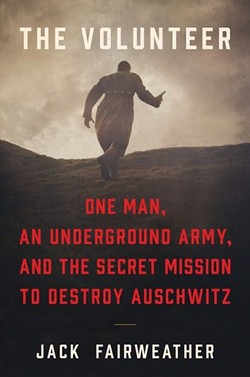 For a half century they were told their father was a traitor to his country and an enemy of the state. They were sitting in school and had to listen to an announcement of their father’s execution.

It wasn’t until the 1990s that they were able to learn the details of their father’s life and accomplishments. His story has emerged, rightly, as that of a great national hero. It is such a privilege to be able to tell this story to a wider audience.

I was able to speak to a few people who actually knew him, and in some cases fought with him. Some of them have since passed away. I felt a huge duty to them to tell their stories.

There is no shortage of films and books about the Holocaust, but a comparative few focus on the Polish experience. Is that because the Iron Curtain fell so suddenly on Poland after World War II, and so little information like this was able to get out?

That is a huge reason. We tend to think of the end of World War II, in May 1945, as a time of victory parades and celebrations in New York and London and Paris. But that wasn’t the experience in Eastern Europe. For them, the war didn’t really end. It was just a changing of the guard from one totalitarian regime to another.

A lot of people don’t realize Stalin forcibly evicted 11 million people from Poland and surrounding areas. There was a lot of violence and persecution. And Pilecki went full-on against the communists, as he had done against the Nazis. Even mentioning his name could lead to arrest, or worse.

In my experience, despite the many tribulations Poland has been through — or perhaps because of them — the Poles seem to be among the most patriotic people in the world.

France, the Netherlands, Italy, all had decades to come to terms with their past, and also to create a narrative that was important in the rebuilding of Europe. But in Poland there was no collaborationist regime per se. That idea of Polishness has endured for decades, even through the longer history of partition,and lost statehood. The Poles had to find a way to nurture that sense of who they are.

Witold Pilecki had a sense of Polishness that was very grand. He knew the history of Poland as a great multi-ethnic empire which encapsulated lots of people from many different backgrounds.