Inside the Geechee soul

PEOPLE WHO believe the Gullah-Geechee culture is dying are wrong.

Jim Bacote, who with his wife, Pat, founded the Geechee Kunda, a cultural center and museum in Riceboro, laughs at the very idea. “It’s a myth,” he says. “It will never happen as long as we are alive. We will flourish.”

The Bacotes grew up in Brunswick. “We have a passion and love for this,” Pat Bacote says.

“I always knew there was something special we had,” she says. “That’s because I had very special parents and grandparents.”

Geechee Kunda’s mission is to tell the accurate story of Gullah-Geechee culture, and many of the artifacts gathered over the past 20 years can be seen at Savannah State University’s Adams Hall through March 1. Dr. Ronald Bailey, Visiting Distinguished Professor of Africana Studies and History at SSU, says the exhibition was presented at a Macon museum last year and is a natural fit for Black History Month.

“So many classes are focusing on Africa,” he says. “This is a very powerful exhibit of living history.”

The story of the Gullah Geechee is a triumphant one that began in the tragedy of enslavement. “When we look at slavery traditions, too often we talk about just the bodies,” Bailey says. “It wasn’t as significant as the role enslaved Africans played in producing rice, indigo and other crops.”

The term “Gullah Geechee” is believed to have evolved from the original Gola Kissi — the names of two major tribes from West Africa whose members were brought specifically to the Southeast coast because of their expertise in growing rice, indigo and cotton.

Today, Gullah usually refers to members of the culture in South Carolina and Geechee to those living in six coastal counties in Georgia.

In 1765, a British ship with Africans on board stopped on the coast for repairs, a process that required months. The Africans planted rice seeds they had brought from South Carolina.

Thus began what Bacote calls “the horror, the traumatic terror of enslavement” for others in West Africa. “Rice and indigo grew exclusively in areas from which the Gola and Kissi were brought,” Bacote says.

The slave traders resorted to trickery to capture Africans, says Pat Bacote. Most Africans had never seen the color red, so the traders would hang red cloth on the side of the ship or nearby to raise the Africans’ curiosity.

Cultivating indigo was just as bad. “The smell was so bad from the fermentation process that even the buzzards wouldn’t get near it,” Bacote says.

But something good came out of something so terrible. The Gullahs in South Carolina and the Geechees in Georgia were left virtually alone, which allowed their traditions to survive over time.

“A language developed,” Bacote says. “Scholars have determined that Gullah is an actual language and Geechee is a dialect of Gullah with more English.”

Gullahs and Geechees never succumbed to the notion that Africans were inferior to whites or anyone else. On St. Catherine’s Island, a group of Geechees created their own African colony under the direction of the Rev. Tunis Campbell.

“They had two schools on the island and their own militia,” Bacote says.

Today, the Gullahs and Geechees are known for their arts and crafts, their storytelling tradition, their cuisine and more. “Some of our dishes are unique,” Bacote says.

Shrimp and grits and most blue crab dishes originate in Gullah Geechee culture. “The shrimp caught off the coast of Georgia in McIntosh and Glynn counties have a unique diet of calamari that makes them taste totally different from shrimp caught anywhere else,” Bacote says.

That the culture has survived is nothing less than a miracle, Bacote says. Geechee Kunda is “the absolute center of our culture,” he says.

The belief that the culture is dying came from one research paper, he said. The active Geechee in Georgia were surprised to find their way of life was considered endangered. “It’s very, very important that accurate information gets out about the culture,” Bacote says.

That not only educates people, it stops what Bacote calls “culture pimps” dead in their tracks. “They sense dollars to be made on our cultural heritage,” he says.

That’s because of the Gullah Geechee Heritage Corridor, established by Congress to help preserve the culture. Federal money is being given to museums and arts centers over 10 years to establish exhibits and programs.

A number of people who never realized they were Geechee before are establishing programs in the prospect of grant money. That’s fine with Bacote -- as long as they get the story right.

As chairman of the Gullah Geechee Council, Bacote can keep a eye on them. “We will watch what happens, and if we need to, we’ll give them a ‘friendly reminder’,” he says with a smile.

More people are discovering Geechee Kunda these days, in part because the Georgia Department of Natural Resources and the National Park Service are recommending it. Recently, a family from Israel asked for permission to picnic at Geechee Kunda.

“It was a cool, damp day,” Bacote says. “We were having a sweetgrass basket day, and invited them to come inside.”

The family soon began taking part in the activities. “The father was a rabbi, and said, ‘Please keep up this holy mission,’” Bacote says.

It seemed like an affirmation from the divine, Bacote says. “We are Muslim, but we’ve never had a problem with other Africans or other people,” he says. “We all know the oneness of God.”

Herbert Jerome Dixon is recognized as the premiere sweetgrass basket weaver in Georgia. He began weaving in 2002 after he moved back to Sapelo after retiring from the military. “I couldn’t fish all the time because of the weather,” he explains.

Dixon asked his uncle to teach him weaving, but his uncle got sick and was taken off Sapelo and died. So Dixon’s cousin taught him, and now he teaches others in classes at Geechee Kunda.

Learning to weave depends on the individual, Dixon says. “Anyone can do it if they put their mind to it,” he says.

The only obstacle to learning is hand cramping, which eventually stop. In the meantime, Dixon advises his students to weave for a couple of hours, then stop.

Dixon has long overcome that problem. “I can sit down, especially if it’s raining, and work all day long,” he says. “I can do it for hours.”

Many of his baskets have a beautiful green color that comes from keeping the sweetgrass out of the sun after it is cut. The green will last for years, he says.

Today, Dixon is keeping the sweetgrass tradition alive by teaching his own nephew, Dante, 16, the process. 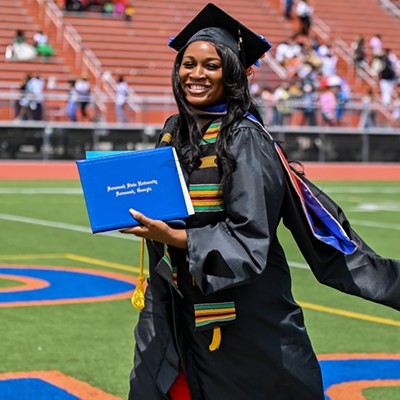 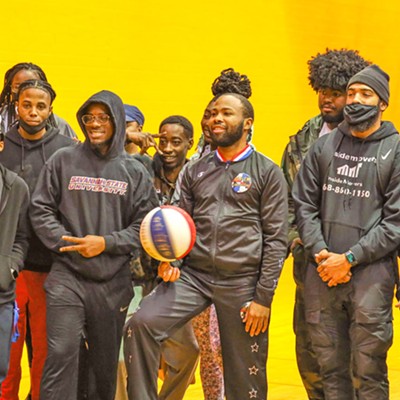