Mountainfilm '13 focuses on activists and issues 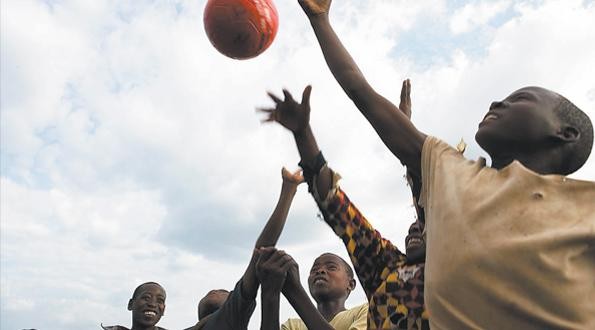 When Mountainfilm on Tour made its first Savannah appearance three years ago, the two–day, Colorado–based film festival was thick with documentaries on kayaking, snowboarding and the clean–rush thrills of extreme sports. An offshoot of the Mountainfilm at Telluride Film Festival, the touring version closely adhered to the mothership motto: “Dedicated to educating and inspiring audiences about issues that matter, cultures worth exploring, environments worth preserving and conversations worth sustaining.”

In recent years, the “issues that matter” have come to the fore, as Mountainfilm on Tour’s 2013 slate of films and events illustrates. Jan. 18 and 19 at the Trustees Theater, the two main features are concerned with important social issues.

Oh sure, there are still numerous celluloid homages to the great outdoors and the unlimited beauty of the natural world, but Bidder 70 — see a related story in this issue — is the tale of a Utah man who risked going to prison by protesting an environment–threatening land auction.

The filmmakers, Beth and George Gage, will not only attend the screening and take questions afterwards, they’ll attend an informal gathering at the Sentient Bean on the morning of Saturday, Jan. 19.

“Coffee and Conversation” invites anyone interested to chat with the Gages, and with representatives of the athlete–driven humanitarian organization Right to Play, which is the subject of the Friday–night headlining film, called (what else?) Right to Play.

Directed by famed Hollywood producer Frank Marshall, Right to Play chronicles the efforts of organization founder Johann Olav Koss, a Norwegian speed skater and Olympic gold medalist, to bring sports to children in some of the world’s worst ravaged–by–war areas.

The skater’s guiding principle, that all children have the right to play, and his legacy now extend to some 700,000 children in 23 countries.

Right to Play ambassador Kate Greenberg will be at the informal Sentient Bean event, as well as a very special guest: Joey Cheek, Olympic gold and bronze medalist speed skater (USA) and co–founder/president of Team Darfur, an international coalition of athletes committed to raising awareness about the crisis in Darfur, Sudan.

Cheek was inducted in to The World Sports Humanitarian Hall of Fame in 2010 for his work on behalf of the children of Darfur.

The Savannah Bicycle Campaign is sponsoring a Mountainfilm–themed community bike ride Saturday, starting at 11 a.m. out in front of the Sentient Bean.

I Believe I Can Fly

The Man Who Lived on His Bike