Food and life in balance

Anyone who has had the pleasure of dining at Chiriya’s on Victory drive knows the experience there isn’t just all about the food.

Sure, there are incredible Thai-fusion dishes that are famous in Savannah: drunken noodles, pad thai, the dreamy coconut infused curries, and the list goes on and on.

But everyone knows the soul of the restaurant comes from the hands and heart that make the place run: Chiriya Moore.

The restaurant’s namesake isn’t hard to find. If Chiriya’s is open, Chiriya is in the kitchen—not-so-large, but definitely in charge. She makes every order fresh, and by hand using recipes passed down from generations. And if you’re lucky enough to be there when she finds a few minutes to spare, you’ll get to meet her and that infectious (and hilarious) personality that fills the room with joy and positivity.

Chiriya grew up in Thailand, but moved with family to Hawaii in 1977. She started taking English (ESL) classes at a local university, where she met her future husband, who just happened to be her professor. It wasn’t long before she started her first restaurant job—at McDonald’s.

“I did so well, they wanted to promote me. But a friend of mine said to me ‘hey there’s a cooking school here that’s free, you want to come?’ So I quit and went to cooking school. I graduated from that with top of the class!”

She was offered a position at a restaurant at a resort where she learned the restaurant industry from the inside out, and knew it was where she was meant to be.

“I said wow, this is what I like. It’s what really relaxes me, you know? I was so good, I was making lots of money. I had a Louis Vuitton back then, you know?”

She found her way from Hawaii to the mainland, and eventually settled with her husband and family in Savannah. The first iteration of Chiriya’s opened on the Southside in 2007.

The current location on Victory Drive opened in 2014 and the business has grown exponentially in just under a decade there.

Her food is a mix of her heritage: a Chinese father and Thai mother, she learned the secrets of family cuisine from her sister, who you may often find in the kitchen alongside her.

“My food is influenced both ways. I always combine those two styles together, and that’s what makes my food unique. I break all the rules; everything I do. You have to test the balance of things, with food and in life. Bitter, salty, sweet, sour and spicy. To me, if you get those things down and balance it out, you can break any rule. My cooking is for the eyes first, then the smell, then the taste. It’s a whole experience that I love to share!” 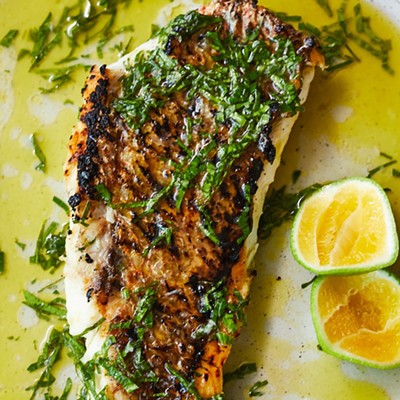