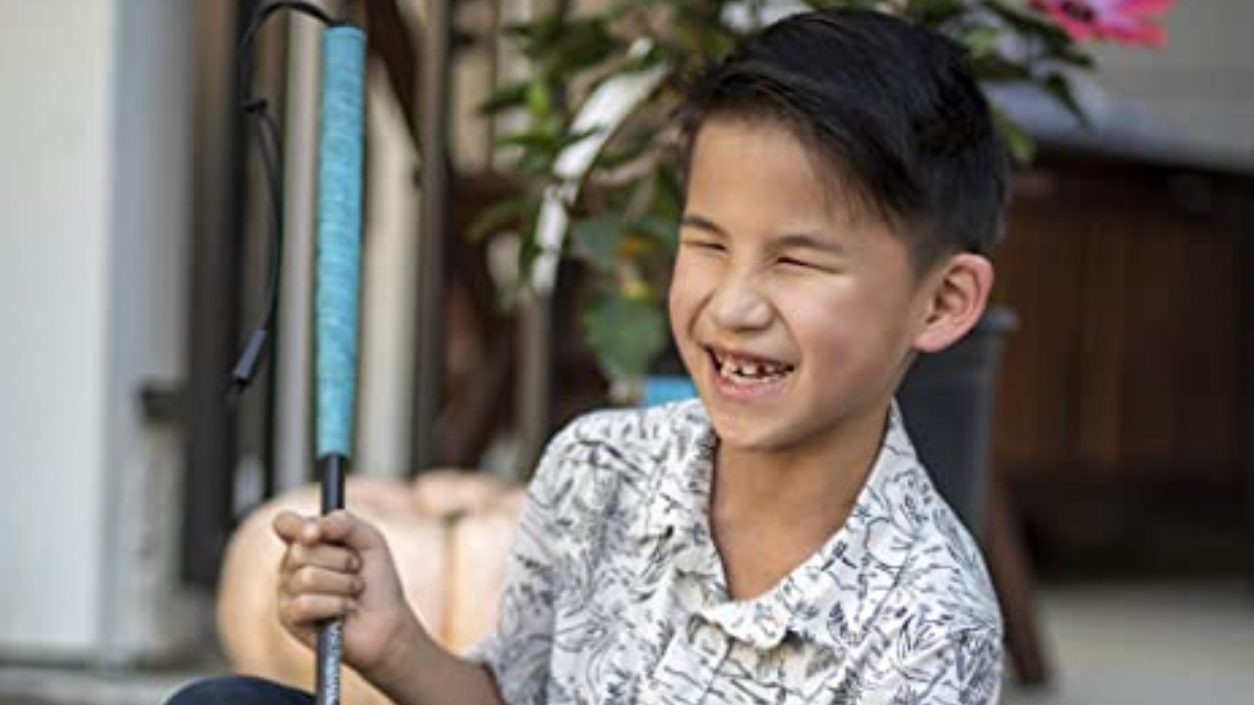 Local boy and “American Underdog” actor, Hayden Zaller, will be in attendance at the Savannah Theatre, September 16, kicking off the theatre's re-entry into movie showings, starting with American Underdog: The Kurt Warner Story.

In 1979, the theatre stopped showing movies and turned into a live stage theatre. Recently, the Theatre decided, on their off nights, to show cult classic films, some old films, and other films that might bring in people that aren't the kind of people who want to see live shows.

Figuring, since they had a natural connection to “American Underdog”(Zaller plays a featured role), that it was a good movie to start off the showings.

“It's amazing how attentive he is, and just how quick he learns. He learned his way around the theater so quickly, it's amazing to watch him engage with the audience because I've always, as an actor, engaged by sight. So for him to just have that natural feel is truly amazing,” said Matt Meece, part owner of Savannah Theatre.

In 2016, Hayden was adopted by Shannon and Mike Zaller at the age of five, which is where his introduction to the theatre would kick off. His father, Mike Zaller, is one of the four owners of the Savannah theatre, and a lead actor in many of the theatre’s productions.

“We put him in our Christmas show, to have a little song to say ‘meet our son.’ Everybody just fell in love with him. He's just got the most sweet little gentle voice and sweet little countenance. Everybody went crazy for him,” said Shannon Zaller.

Hayden attends Esther F. Garrison School for the Arts, where he studies theater. At the time of the filming of the movie, he was 11 (now he is almost 12). After “American Underdog,” he has had auditions here and there and continues to go to casting, most recently he walked the Runway of Dreams at New York Fashion Week, for Zappos Adaptive.

Before “American Underdog,” Zaller acted in a few of Savannah Theatre’s shows. It wasn’t until a friend of the family (who, like Zaller, is blind), saw a casting, looking for a blind actor around Zallers age at the time, and suggested it to the family, that Hayden would get into acting on a serious level.

“They wanted us to have the audition by the next day. We ended up having to get him to memorize like four pages of script, which he had never done before,” said Shannon. “I just would read it to him and have them tell me back and I read it.  He told me it back again until it was memorized enough that I felt like we could videotape it and send it in.”

The arrival of COVID-19 briefly stopped the progress of casting and filming, but Hayden would end up receiving a call asking for another audition to be sent in a few months down the line.

“We were out of town for Hayden's grandpa's funeral. But we were like, alright, we will do this audition literally on his couch,” she said.

“Within a couple of weeks, we got the call that they would like to cast him. The director FaceTimed him to say, hey, I want you to, I want you to be the role. Then we found out Zachary Levi and Anna Paquin were going to be in it, which Hayden was super excited about because he loves superhero movies (Levi plays Shazam, and he was also in Thor). Paquin also played Rogue in all the X-Men movies, so he was excited about that.”

During the filming, Hayden’s parents said he was a natural, and fell into working with the other actors easily. He even received braille scripts.

“Hayden is, to our knowledge, the first completely blind child actor to be given a lead role in a major feature film,” said Shannon.

One day he hopes to be cast in a superhero movie, and he wants to work in consulting on video game projects, to make them more blind accessible. He says he is not one to let anything set him back, and plans to work towards stepping outside of the stereotypical roles placed on him and others similar to him.

“He has talked to me about wanting to do a superhero movie at some point. He does not necessarily want to be Daredevil, everybody says Daredevil because he's a blind superhero, but he wants everyone to know that he loves Doctor Strange,” said S. Zaller. “ He's like, ‘Well, why does anybody think of me as that kind of character?’ ‘I don't just have to be blind to be a superhero,'' said Shannon.

The American Underdog will show September 16 at 7 PM Starring The Savannah Theatre’s own, Hayden Zaller. Tickets are $10 for adults and $7 for students. Come watch the movie with Hayden Zaller in attendance. Hayden will introduce the film that stars himself, Zachary Levi, Anna Paquin and Dennis Quaid. For more information, visit Savannahtheatre.com