Katrina Bostick is a Savannah native who is passionate about uplifting families that are facing housing insecurity. She is the executive director of Family Promise of the Coastal Empire, which is a local nonprofit that provides critical assistance to families struggling with or on the verge of homelessness. Family Promise serves a wide region including Liberty, Effingham, Chatham and Bryan counties.

“Our main mission is to offer help, hope and hospitality to homeless families with children,” Bostick explained. Family Promise intervenes for these families by providing emergency short-term housing. They also have prevention and diversion programs to help stabilize families that are at-risk.

“We can assist a family financially, whether assisting with rent [or] utilities to keep that family housed,” she said. The nonprofit operates a clothing and diaper closet and provides furniture and other necessities to help families in need. Family Promise also has a transitional housing program called Families Forward, which helps formerly housing-insecure families on the path to homeownership.

“We work with them over the course of 12 to 18 months. They can reside in one of our transitional houses to pay down any additional outstanding debt to really help them achieve that goal of becoming a homeowner,” she continued.

Family Promise has emergency and transitional housing in Bryan, Chatham and Effingham counties where homeless families can turn to. In 2021 alone, Family Promise was able to serve more than 1500 individuals from nearly 350 families.

Bostick initially got involved with Family Promise back in 2013 while she was pursuing her undergraduate in Social Work at Savannah State University. She was looking for an internship and discovered an opportunity with Interfaith Hospitality Network, which was Family Promise’s former name. At the recommendation of her field advisor, she took an interview with the organization.

“I go into this building, and I see the people. I see children, I see families and I see women,” she recalled. Bostick had an interest in working with families, particularly single mothers with children. She met with the executive director, who began to explain the program, and the term ‘homeless’ came up. Initially, Bostick wasn’t too keen on working with homeless populations. Despite her reservations, she continued the interview.

“I can honestly say that’s when I began to bridge my passion with my purpose. . . It really opened my eyes to what the true face of homelessness looked like. It removed all of the stigma that comes with individuals facing housing insecurity. . . And I began to see these individuals who were struggling with life challenges for who they really were. Their situation did not define them,” she continued.

The interview was a turning point for Bostick that ignited her passion for the homeless population. She accepted the intern position, and once she completed her undergraduate, she continued volunteering with the nonprofit while she pursued her Master of Social Work from Valdosta State University.

She graduated in 2015 and returned to Family Promise to inquire about a position. She was offered a small, part-time position, which she promptly accepted in June 2015. A few months later, she and her coworkers discovered that the current executive director was leaving to accept another position.

“They were looking for an interim director and she recommended me,” Bostick recalled, noting that she had other plans at the time.

“I had already started the process of starting a group home for at-risk females and at-risk teens. And I had purchased the building and everything,” she said.

Still, she took the meeting with the organization’s board chair, who encouraged her to think about it. After praying about it,  Bostick decided to take on the position. Shortly thereafter in October 2016, she became the permanent executive director and has been leading Family Promise ever since. Family Promise intervenes for many local families, and Bostick is well-attuned to the challenges facing housing-insecure families today.

“There is definitely a housing crisis with rental rates that are skyrocketing within the last year. The rental rates in our community have increased upwards to 40%,” she stated.

“Families really have to decide, ‘Do I shelter my child? Do I feed my child? Or do I provide my child with clothing and shoes? How do I make that decision?”

That difficult decision is a real pain point for at-risk families. Given the lack of affordable housing today, other populations are facing housing challenges as well, particularly seniors and people with disabilities.

“We have a growing number of seniors in our community who are now experiencing housing insecurity because they are unable to find units to reside in. We also have a high number of individuals that have disabilities where their income is not changing but rental rates are,” she explained.

For all of these groups, people are experiencing wage stagnation while rental rates increase, effectively pricing them out of attainable, affordable housing.

“Minimum wage has not evolved over the years, but housing has. . . How do we really ensure in our community that families have an opportunity to thrive?” she asked. Bostick notes that a lot of the problems facing housing insecure families and individuals are systemic.

“When we think about redlining in our community [and] how that has really impacted housing for African Americans and minorities in our community, it’s multi-layered. It’s not something we know we can change in the course of five or ten years. It didn’t get like this overnight,” Bostick expressed.

She recommends that changemakers examine policies that have traditionally disadvantaged certain groups to determine how to take progressive measures to protect the most vulnerable individuals in our community.

“We want to be able to highlight those challenges that our families have so that we can work with our local and state governments to be able to support them and identify policies that we can address to remove those barriers,” she said.

Bostick believes that influencing local policy is one of the most effective ways to assist and empower housing-insecure families in addition to providing services. Anyone who wants to help Family Promise intervene for at-risk families can do so by contributing via monetary donations or by volunteering their time.

“We’re not able to do the work that we do without financial support,” said Bostick. Family Promise needs funding to remain properly staffed and to provide showering and laundry services as well as internet and transportation services among others.

Bostick encourages everyone to be thankful for what they have because it only takes one crisis to become at-risk of homelessness.

“There can be a moment in your life when you have a crisis and you have exhausted all of your resources and support. You may need a Family Promise, so do not take what you have for granted because at any moment it could definitely be one of us. Stay prayerful for the families that are in crisis that they will get through that crisis to become stable,” she added.

To learn more about Family Promise, the work they do and how you can get involved, visit familypromisece.org/. 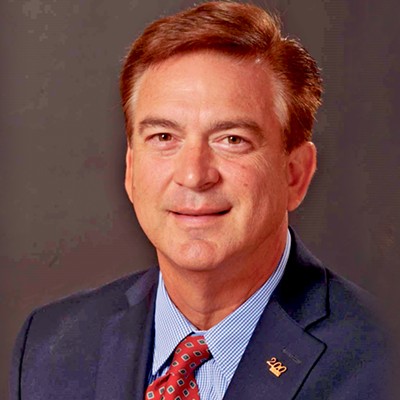