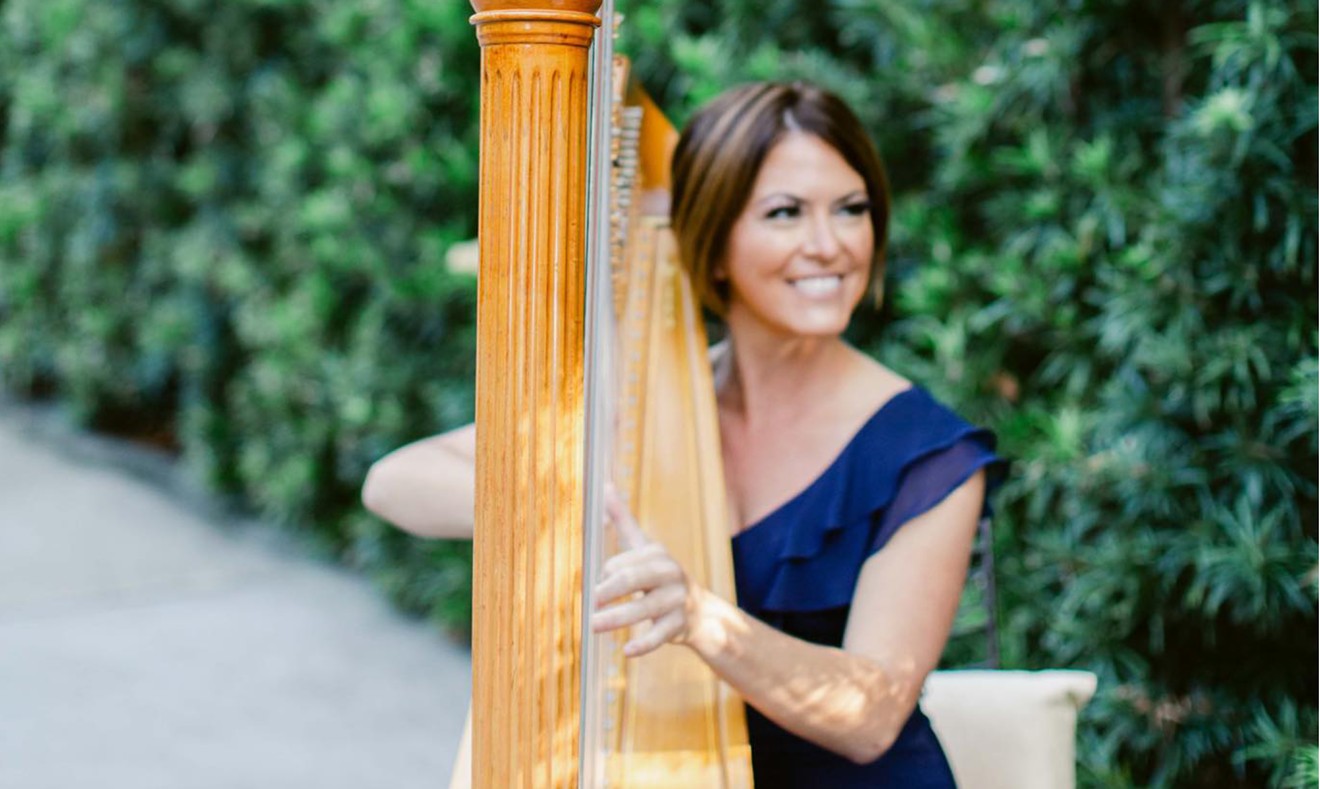 Classically trained harpist Kristin King never had any intention of falling into the traditional role of a symphony musician or becoming a career musician. Growing up she was told by other harpists, ‘that if you want to make a living as a harpist, you have to join a symphony,’ but now, years later, she is the co-owner of New Arts Ensemble, a musical booking agency, in Savannah, with her business partner Ricardo Ochoa.

“In most symphonic pieces there’s only one harp,” said King. “There’s a couple of pieces that require two harpists, but that’s rare. So it’s not even full time, not to mention traveling to do auditions, and all that like everywhere, so I decided, this is not my plan for when I go to college.”

Originally from Farmington Hills, Michigan, King has been playing the harp for 35 years. From an early age, she was interested in music and instruments.

She attended Loyola University Chicago, where she started out majoring in pre-med until she switched her major to music her sophomore year. She started playing the piano at age five, and the harp at age seven.

“I play everyone, everything. I usually tell people, everything from Led Zeppelin, Beatles, classical, obviously, jazz, and bluegrass,” said King.

King plays at the Marshall House, every other Wednesday for their happy hour.

Recently, she played Purple Rain, and she noticed a “huge guy from Scotland” in tears during her performance.

“Thats probably my favorite part of all that,” said King. “The number of grown men I’ve seen cry in that space. And they’re just shocked, people are shocked at how much music impacts them.”

It is the effect King aims for when she plays music.

“What I think music has the power to do, it transcends all the other crap that can divide people, right? It doesn’t discriminate based on race, or gender, or age, or even memory,” said King.

Thats what New Arts Ensembles, the booking agency King is co-owner of, prides itself on.

“As I said before, I never thought I wanted to be a harpist as a career or even a musician,” said King. “But there’s no way I would have been able to come up with this idea. When I look back at my years, Ricardo was a huge catalyst for so many things in my life, and how they fell in place. But he set the stage for me.”

In 2004, when King became co-owner, they started out burning CD demos.

20 years later, they do over 200 weddings a year, in addition to 150 other corporate private events.