Yes, he's the reason you can't get those Garth Brooks songs out of your head

For Tony Arata, there’s nothing better than a great song finding its home, and being heard by the world — a feat he describes as the “ultimate goal” for any songwriter.

Arata is most well-known for writing the 1989 Garth Brooks’ hit “The Dance” which was released on Brooks’ first album.

“The Dance” won song of the year at The Academy for Country Music, also receiving a nomination from The Grammys and Country Music Association.

Growing up on Tybee

Arata is a Savannah native, and grew up on Tybee Island. “It was a great place to grow up. Tybee is a small town with a small-town atmosphere, but it just happens to have a heck of a backyard,” said Arata.

During his days at Johnson High School, he began developing an interest in music while sifting through his siblings’ record albums. Listening to the likes of Otis Redding and James Brown, Arata developed a deep appreciation for music, and an admiration for the hard work done by songwriters behind the scenes.

“It was a couple of summers of discovery where I really fell in love with music,” said Arata. “I started learning who wrote the songs [on the albums], and realized it wasn’t necessarily written by the artist singing them. That’s probably when my interest piqued in trying to write songs.”

It was not until Arata began attending Georgia Southern University (GSU) that he began playing music earnestly. While studying journalism at GSU, Arata played in duos and bands, continuing to do so after graduating. 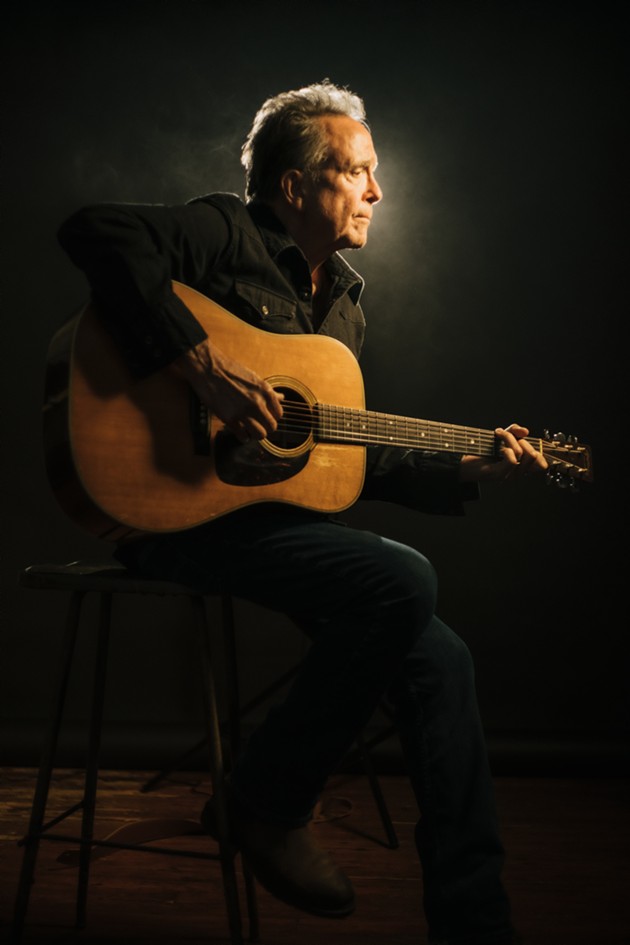 Moving to The Music City on a leap of faith

Arata would eventually marry his wife, Jaymi, in 1984 after four years of dating. The couple were living in an apartment in Thunderbolt, when Jaymi decided that the two of them should take a chance and move to Nashville.

“Jaymi gave our apartment away in Thunderbolt. She in effect called my hand on the whole affair and gave notice that we were moving in 30 days,” Arata laughed.

Thirty days later on the Halloween of 1986 the two were unloading a truck full of their belongings in Nashville. This was the sum total of their plan; they had arrived in the Music City on a leap of faith.

“In retrospect, it was the best of all plans because if I would have known what we were getting into, I would have never made the move because the last thing that Nashville needed was another songwriter,” said Arata.

In the daytime Arata worked loading trucks for UPS, but at night he would sign up for open-mics along with other musicians and songwriters who were hoping to be heard. Arata would sing his one song –two if he was lucky- in the wee hours of the morning to whoever was left in the venue.

“That’s how we spent our first year in Nashville, just going out and doing that [open-mics]. The only performing I did was at these open-mic signup nights, but as fate would have it if you throw yourself out there things can happen,” said Arata.

Like himself, the songwriters and musicians he met were not originally from Nashville. A majority of them were on the same boat trying to find their footing in an oversaturated environment.

Although there was a sense of competition amongst songwriters, Arata explained there was also a strong sense of camaraderie through their shared struggle.

Not long after moving to Nashville, Arata wandered into the Douglas Corner Café, one of Nashville’s havens for country songwriters and up-in-coming artists, which closed its doors permanently in the wake of COVID-19.

It was there that Arata would meet a young man from Oklahoma who was also trying to get his foot in the door—Garth Brooks.

“He had as much going on as I did, which was nothing. We were both just trying to get our foot in the door to have people either listen to our songs, or in his case be an artist,” said Arata.

Brooks and Arata became fast friends and wound-up playing shows at places like The Bluebird Café - another songwriter’s Mecca in Nashville.

Along with meeting Brooks, Arata also befriended Pat Alger an established country songwriter and singer from Lagrange, Georgia. Alger was one of the many people that helped show Arata the ropes in his early days in Nashville, calling Arata his “Little Brother.”

“I heard him [Alger] sing a song about a road that ran through Lagrange, his mom’s hometown, and I went out to introduce myself. Pat was already a very well-established songwriter here in town [Nashville] and had hits with Kathy Mattea, Nanci Griffith and was on tour with The Everly Brothers as their opening act,” said Arata.

Through Alger, Arata met people like the record producer Allen Reynolds and music producer Jim Rooney. Coincidentally, Reynolds would go on to produce Garth Brooks’ first album and “The Dance.”

The lyrics of the song are inspired by a scene from the film Peggy Sue Got Married. Where Kathleen Turner goes back in time and rejects her husband’s marriage proposal. The decision has consequences when her children cease to exist.

One night at the Bluebird Café Brooks heard Arata play “The Dance” for the first time. Brooks promised that if he ever signed a record deal, he would cut the song. “The Dance” spent three years being rejected, before eventually being picked up by Brooks who finally got his long-awaited deal.

“It [“The Dance”] had been turned down by everybody. It’s very ironic to say the best thing that happened to me as a songwriter was to be turned down, because the song may have been cut by somebody else,” said Arata. That song taught me two very important lessons about writing. One is to know when you’re not done with a song. The other is to know when you are done with a song.”

Arata admitted that a major reason behind the song not getting picked up for three years was because it lacked a bridge. Every time he attempted right one, he said it would stick out like a sore thumb.

The absence of a bridge was not an issue for Brooks or Reynolds, who were more than willing to take the song.

The rest as they say is history. When Brooks album was finally ready, Arata was invited to listen and initially believed that “The Dance” didn’t make the cut.

“I remember feeling kind of heart broken that I didn’t make the record, because I didn’t recognize the song at first. But when the guitar came in, I knew that it was “The Dance.”  I had made the record,” recounted Arata. “It just proves if somebody is a true artist, they don’t just take whatever comes on a demo. They make it their own.”

Following the success of “The Dance” Arata’s original songs have been cut by some of the industry’s biggest names, such as “I’m Holding My Own” for Lee Roy Parnell, “Here I Am” for Patty Loveless and “Dreaming with My Eyes Open” for Clay Walker.

He has also released three of his own albums, and is still performing live shows nationally and overseas. Arata’s soulful style and success eventually earned him a place in the Nashville Songwriters Hall of Fame in 2012.

“A lot of good things happened to me just by virtue of circumstances. I’ve just been blessed in a lot of different ways,” said Arata.