Is the world more dangerous for kids than it was 30 years ago? 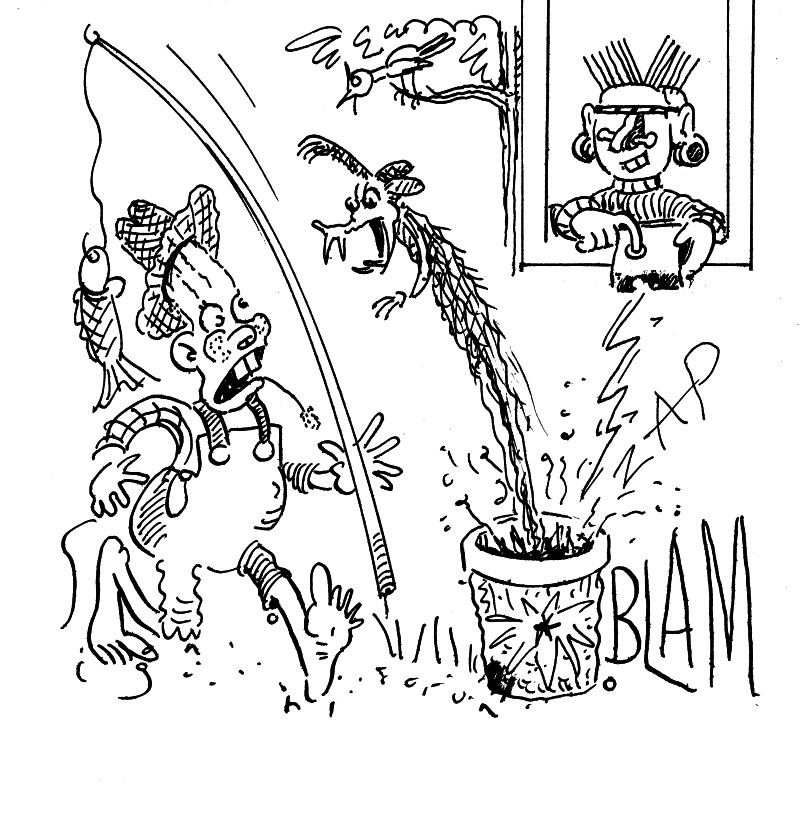 I AM the parent of two young children. I was recently reminiscing with fellow parents about our youth and the freedom we enjoyed to play around the neighborhood without parental supervision. We all agreed we wouldn’t allow our children to do the same given today’s more dangerous world. That made me wonder: Is today’s world really more dangerous for kids than it was 30 years ago? Have incidents of abduction and other assaults on children increased, or has the information age’s constant news barrage given us the impression that predators lurk around every corner? —Peter Stedman

NO, today’s world isn’t more dangerous. You grew up during the most crime-ridden period in modern American history.

By objective measures the country is far safer now. But you and countless other parents think the reverse is true. What accounts for this delusion?

The facts, as explained in my 2002 column on this subject: A crude benchmark of public safety is the violent crime rate reported annually by the FBI. In 1960 the rate was 161 per 100,000 people.

You believe everything you’re told by the media (other than me). This is the theory advanced by Lenore Skenazy, author of Free-Range Kids, who created an uproar in 2008 when she revealed in her syndicated column that she’d let her nine-year-old son ride the New York subway home alone. Skenazy blames cable-news sensation-mongers abetted by child-advocacy alarmists.

I don’t buy it. Alarmism is nothing new. In the 1980s, following several cases of children being abducted and murdered, dairies around the country began publishing pictures of missing kids on the sides of milk cartons. Newspapers reported that as many as two million children went missing each year. (One 1992 estimate put the actual number of kids abducted by strangers in the low hundreds annually; incidence now is thought to be in decline.)

Posting missing-kid pix fell into disfavor late in the decade when child psychologists and the like warned it was needlessly frightening kids. As one such kid, Peter, you probably stared at a fair number of milk-carton abductees over your Frosted Flakes; obviously that didn’t frighten you.

You grew up in the suburbs and now live in a city. You provide no details about your background, but raising a middle-class family in the city is more common now than in the 1980s. If that’s a flow you happened to go with, you’d have some legitimate basis for your rosy view of your childhood—crimewise, cities remain more dangerous than suburbs.

For example, despite the crime drop in New York City, as of 2012 the violent crime rate there was 57 percent higher than for New York State.

People always think the good old days were better. You were unconscious of the dangers around you as a child; you’re acutely aware of them as a parent. Have you ever asked your parents how risky they felt the world was during the 1980s?

The it’s-more-dangerous-today meme had become embedded in the collective psyche by 1970 and nothing that’s happened since has been sufficient to root it out. This gets to the heart of the matter, in my opinion. Lenore Skenazy can argue all she likes that things are no worse now than they were in 1970.

The fact remains that in 1970 people thought the world had gone to hell, and statistically speaking it had—crime had more than doubled in just seven years.

The case can be made that relaxed childrearing practices prior to 1963 had been made possible by an unusual conjunction of circumstances. First, as I pointed out in 2002, crime in the 1950s may have been exceptionally low by historical standards.

Meanwhile, the baby boom was in full swing and families were large; frazzled parents had no choice but to let the kids go out and play without supervision, and anyway there was safety in numbers.

By 1970 this was no longer true. The world seemed, and demonstrably was, a more dangerous place. (The turning point in terms of public perception arguably was the widely publicized 1964 murder of Kitty Genovese, stabbed to death outside her Brooklyn apartment while her neighbors reportedly ignored her screams.

It later turned out several neighbors had in fact stepped in to help, but newspaper editors distorted the story, seemingly to support a grim-city-life narrative.) Smaller families made it easier for parents to hover, and that’s what they’ve done since.

In short, Peter, whatever your childhood may have been like, the notion that the world at large is more dangerous than when you were young has no basis in reality. It’s just the conventional wisdom passed along unchallenged for going on 50 years.