Is there a general consensus on aspartame’s health effects?

Is there a general consensus on aspartame’s health effects?—MichaelEmouse 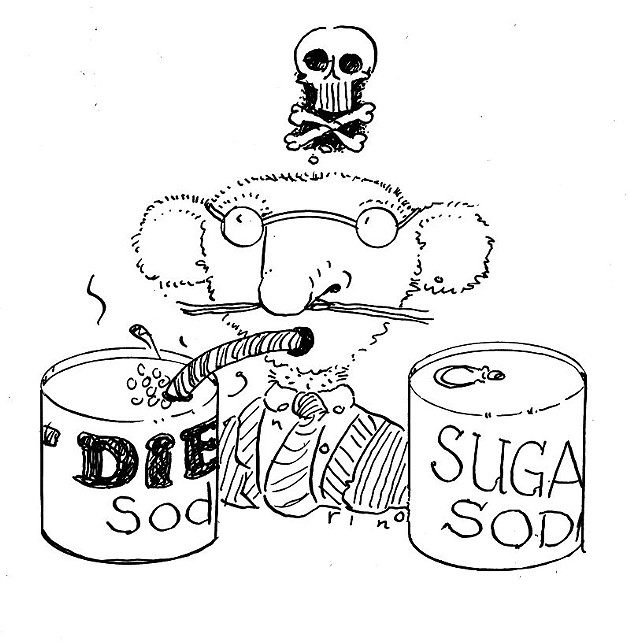 YOU’D THINK, wouldn’t you? It’s not like we haven’t had time to study the subject. The artificial sweeteners aspartame (marketed as NutraSweet) and sucralose (Splenda) were first synthesized in the 1960s and ’70s respectively, though they’re mere babies compared to saccharin, the ingredient in Sweet ’n Low—Teddy Roosevelt was a fan of that stuff. By now, surely, there’s settled science on all of them.

No dice. As recently as 2016 Pepsi was still dithering over which fake sugar to put in its no-cal drinks. Faced with rising consumer health concerns and declining sales, in 2015 the company replaced the aspartame in Diet Pepsi with a combination of sucralose and acesulfame potassium. Unfortunately, diet soda drinkers hated the new taste; throwing up its corporate hands, last year Pepsi announced the return of aspartame cola under the name Diet Pepsi Classic Sweetener Blend.

If industry execs feel a bit of whiplash, well, you can sympathize: aspartame and its like are the focus of MSG-levels of hysteria on the internet, where prominent articles bear headlines like “Aspartame Is, By Far, the Most Dangerous Substance on the Market That Is Added to Foods.”

When last we addressed the topic, in 1996, aspartame was being blamed for Gulf War Syndrome. (Conclusion: nope.) For a while people were worked up about aspartame’s alleged links to cancer, though studies haven’t borne those fears out, and major health bodies, like the FDA and the European Food Safety Authority, have given it their stamp of approval.

In recent years, however, concern has drifted to the surprisingly complicated question of: Does this stuff even work as advertised? People use it because they’re watching their weight, counting calories, minding their health. But is it paying off?

Frankly, the early returns don’t look great, and not just for aspartame. We’re talking about the whole category of compounds called non-caloric artificial sweeteners, or NAS: a group of substances, sucralose and saccharin included, that have long been considered “metabolically inert”—that is, they pass through our bodies unchanged from how they went in, providing no caloric energy along the way.

For about ten years now, though, researchers have been troubled by some unexpected findings in studies: not only did NAS not seem to be contributing to better health, but in fact their consumption was persistently linked to things like weight gain and attendant health issues.

Of course, there are other factors to consider: for instance, people drinking diet may be doing so because they’re already overweight and thus more likely to run into such health troubles. So scientists turned back to mice—who, in a 2014 study out of Israel, also showed warning signs for obesity and diabetes after they suckled on water mixed with artificial sweeteners.

This tracked with what was already suspected, but it provided an idea about why. The theoretically inert sweeteners, the Israelis found, seemed to be having some effect on our old friend the gut microbiome. It’s thought that the state of the native bacteria in our digestive tracts—the microbiome, or microbiota—has manifold implications for our physical well-being, among these a major role in how the body converts food to energy.

And, according to one of the Israeli study’s leaders, these gut bacteria “are not agnostic to artificial sweeteners.” The researchers reported that the guts of mice fed with NAS contained greater populations of bacteria that are particularly good at extracting energy from food and turning it into fat.

This line of inquiry is just getting started, but I’ll also mention a research review published earlier this year in the Canadian Medical Association Journal. The preponderance of clinical trials conducted over the years, the authors wrote, don’t “clearly support the intended benefits of nonnutritive sweeteners for weight management,” and might raise the possibility we’ve been discussing—that these substances could actually be linked to obesity and metabolic problems. So: are sweeteners like aspartame hurting your health? Stay tuned on that, but it’s looking more and more like they ain’t helping.